Another break in the early winter-like weather of Colorado on Friday, November 8 motivated me to undertake a fishing excursion. I arrived at the trailhead of the small backcountry stream that is quickly becoming a favorite, and I quickly assembled my Orvis Access four weight and made a .6 mile hike along the snow and ice covered trail. The temperature was thirty-two degrees, when I arrived at the trailhead parking lot, and when I departed at 1PM, the thermometer rose to the mid-fifties. The weather was fairly tolerable during the two hours on Elk Creek, as the sun’s rays created solar warming. 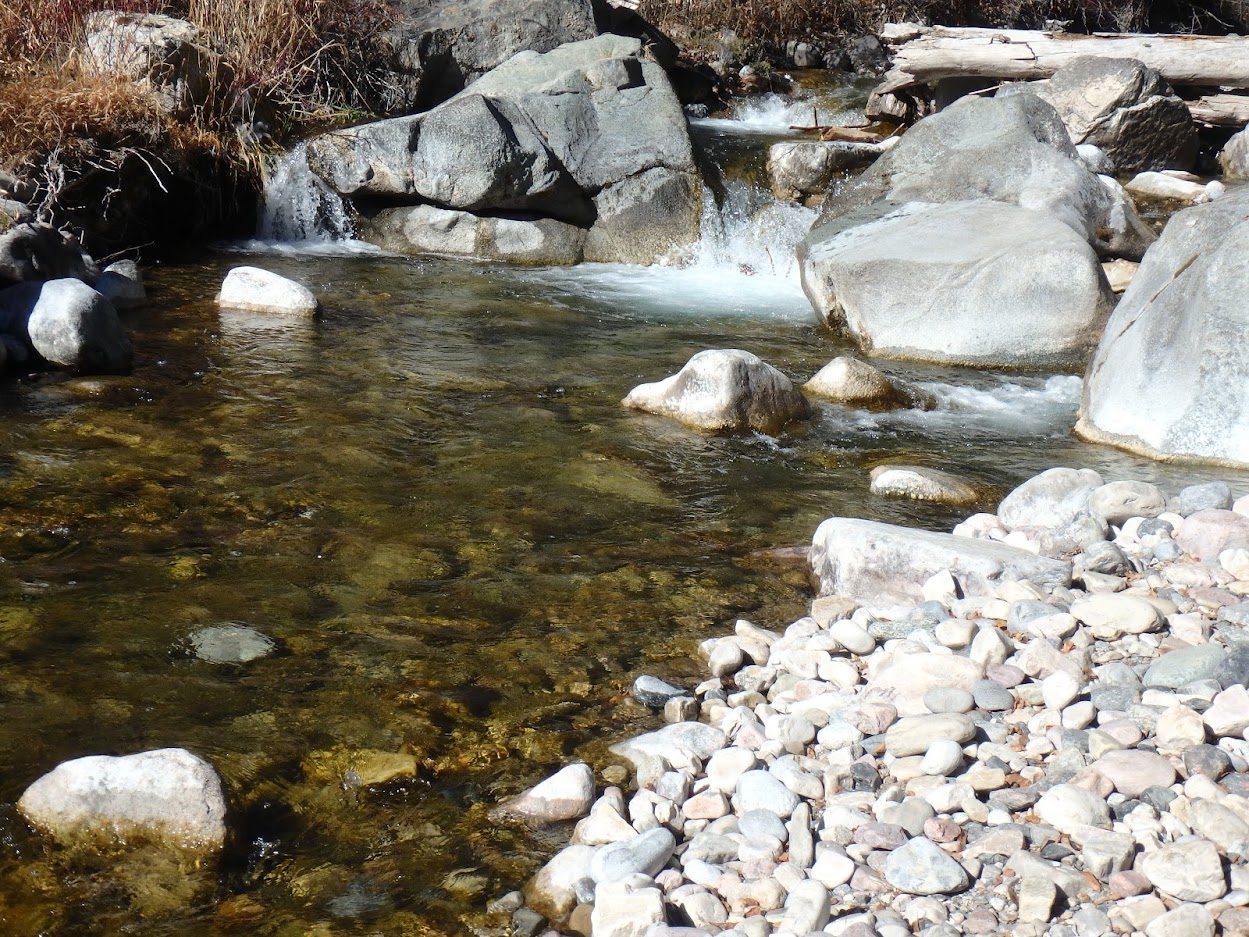 The flows of the small creek were low and clear and ideal for my late season venture. I began my fly fishing effort with a yellow fat Albert, 20 incher, and salvation nymph; but when I broke for lunch at noon, the fish counter remained solidly locked on 0. 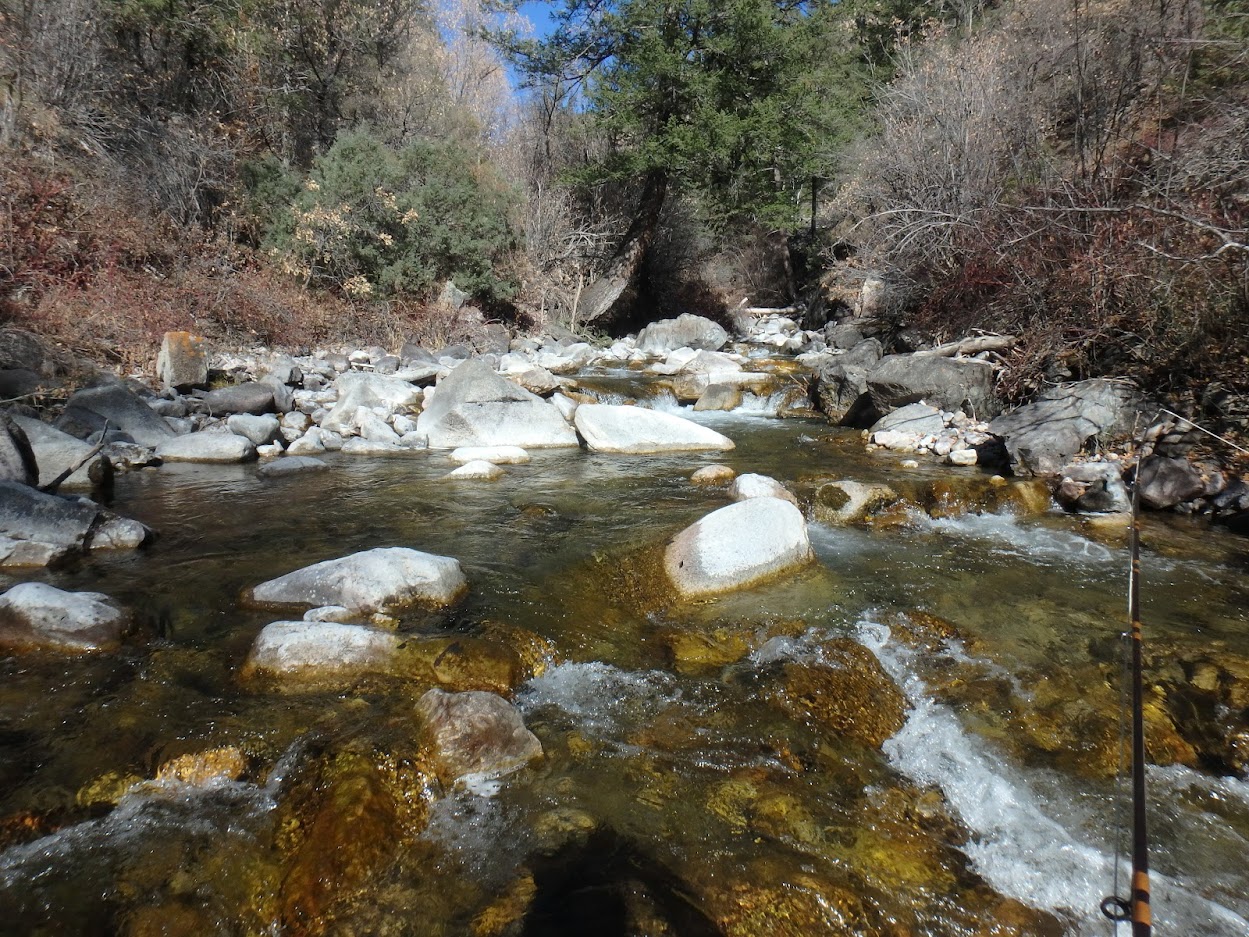 All the gorgeous pools that yielded one or two nice trout in the summer and early fall seemed devoid of fish. I momentarily hooked up with one decent trout at the tail of a small deep pool, but that was the extent of the action in the first hour. Normally I manage to spook fish, but on Friday I only spotted three fleeing fish, as I slowly progressed up the backcountry stream. 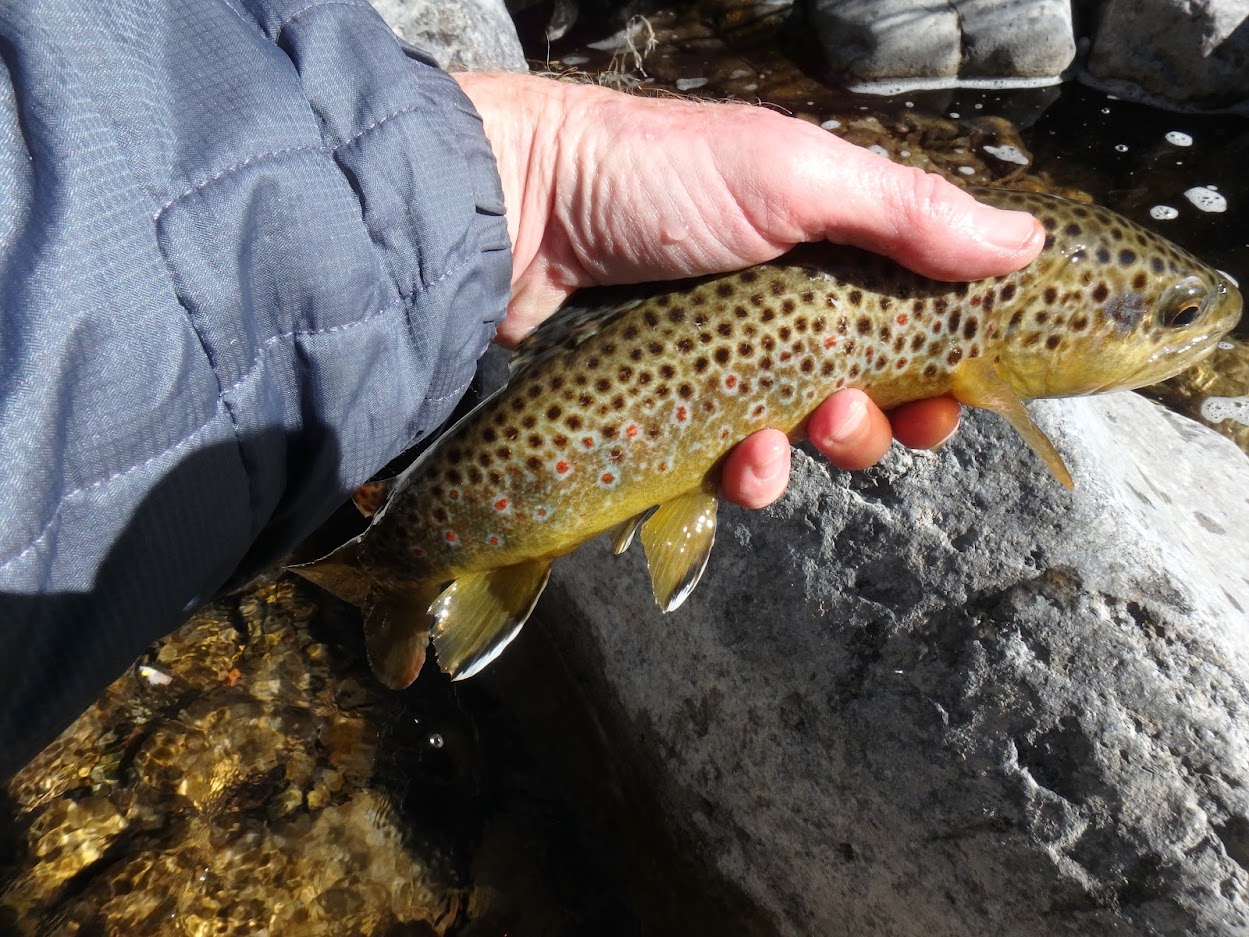 After lunch I continued my upstream migration, and in an effort to change my luck I swapped the two nymphs for a beadhead hares ear and size 20 RS2. The move improved my fortunes slightly, as I hooked a nice brown trout and played it for a second or two before it escaped. Finally at approximately 12:45PM I felt some weight, as I lifted my flies from a deep eddy, and after a short battle I netted a nice thirteen inch brown trout that nabbed the RS2. 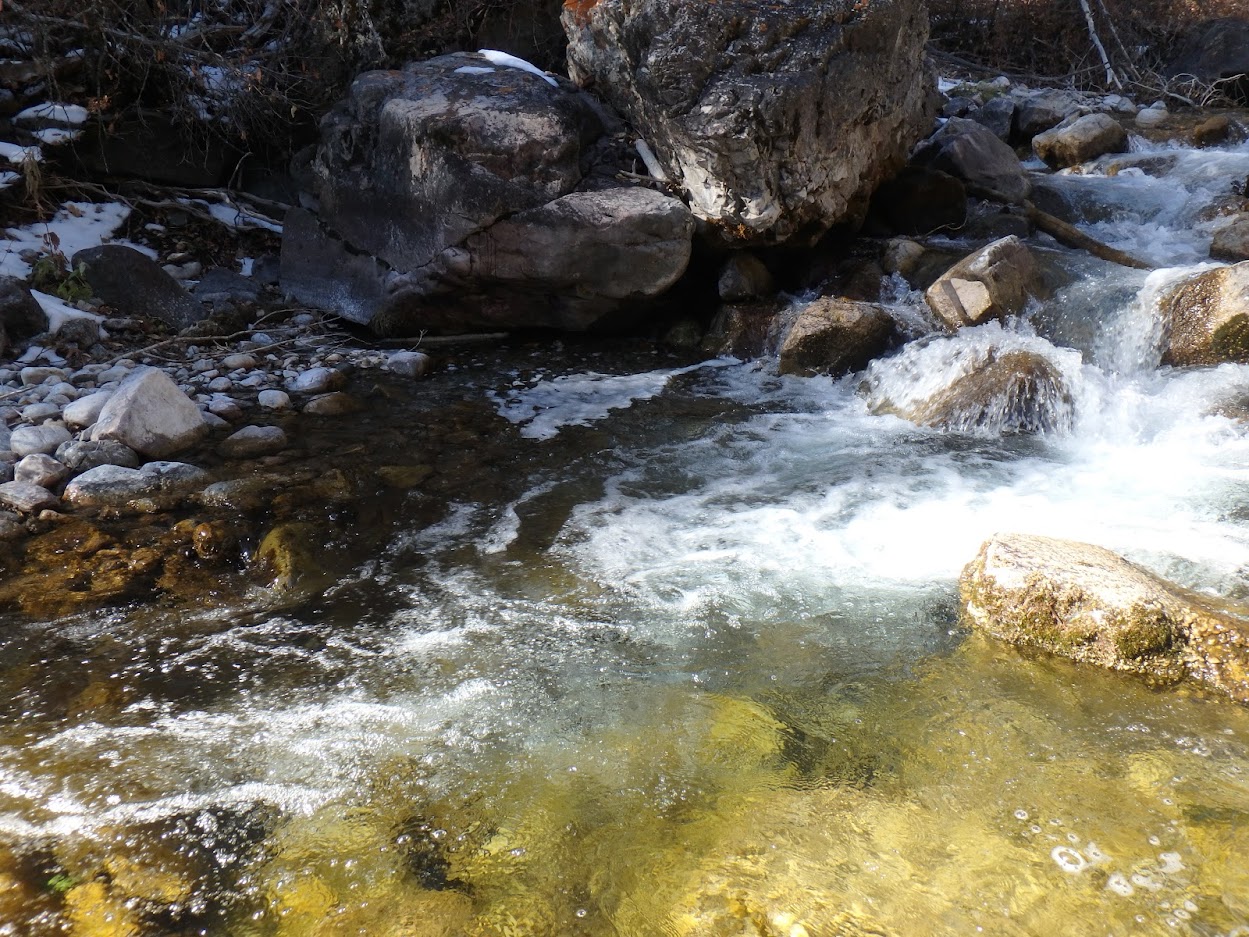 During my time on Elk Creek I struggled with long shadows, since I was fishing upstream to the north, and the low sun was shining from the south, and I suspect this had an impact on my lack of success. Another fifteen minutes with no action convinced me that the predominantly brown trout stream was in advanced spawning season, and the fish were more interested in procreation than eating. I never spotted spawning fish, but I have no other explanation for the absence of trout in an area that held abundant quantities during previous visits.

I decided to cut my losses, so I hiked back to the parking lot, stashed my gear in the Santa Fe and shifted my base of operations to another stream that contained predominantly rainbow trout.