Day five was essentially a travel day, as we crossed the midsection of Wisconsin on an eastward path, until we skirted Green Bay and drove on to the Door County peninsula. We traveled rapidly through the lower portion of the peninsula until we crossed Sturgeon Bay, and then we followed Wisconsin 42 in a northwest direction to our lodging at The Cornerstone Antiques and Lodging south of Egg Harbor, WI. We arrived in the early afternoon, and we had barely enough time to check in, when a thunderstorm delivered sheets of rain on the area. Jane made a dash for the room, while I decided to remain in the car and wait out the storm. The Rockies vs. Cubs game on satellite radio factored into my decision. After fifteen minutes of pounding rain, the storm relented enough for me to make my escape from the car, and we began the process of unloading our luggage. This storm was the first of four that we endured while spending four days in Door County. 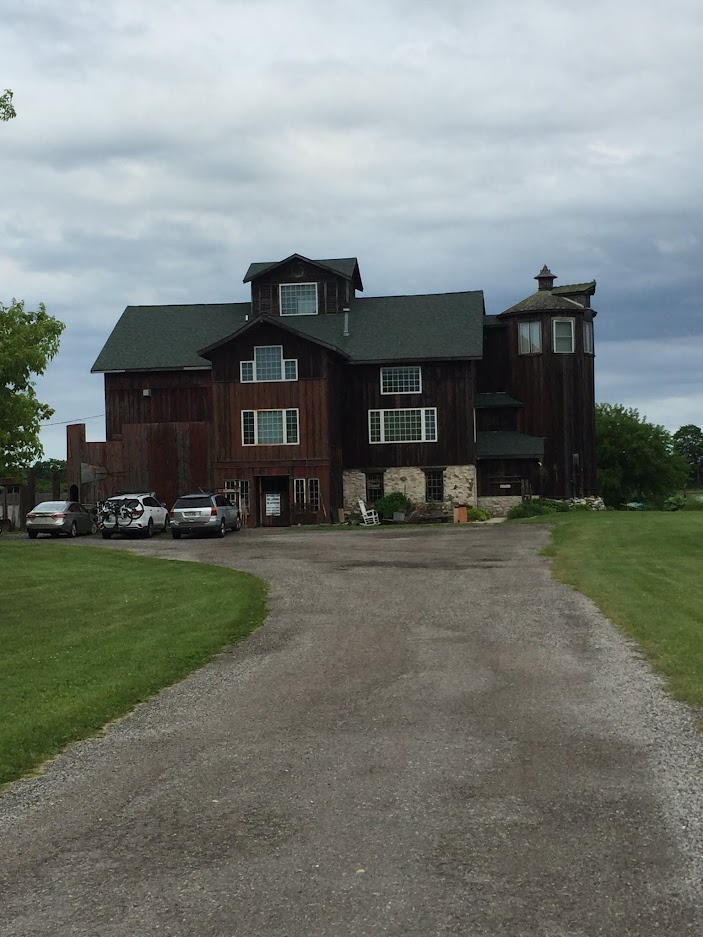 Once we were established in our room, The Mettie Rose, we decided to do some local exploring. We continued on route 42 to the small town of Egg Harbor. For some reason we thought the town was larger than it was, so we turned left and drove along the lakefront for several miles in an effort to find a larger town center. We passed nice homes, golf courses and resorts; but we never found a center of commerce larger than the initial small cluster of shops and restaurants, so we turned around. On our return to Egg Harbor village we stopped at a public beach and ambled on to the granular beach and watched the crashing waves. Jane and I grew up near the Atlantic Ocean, and it took us awhile to adjust to the fact that such a large body of water was a fresh water lake and not salt water. 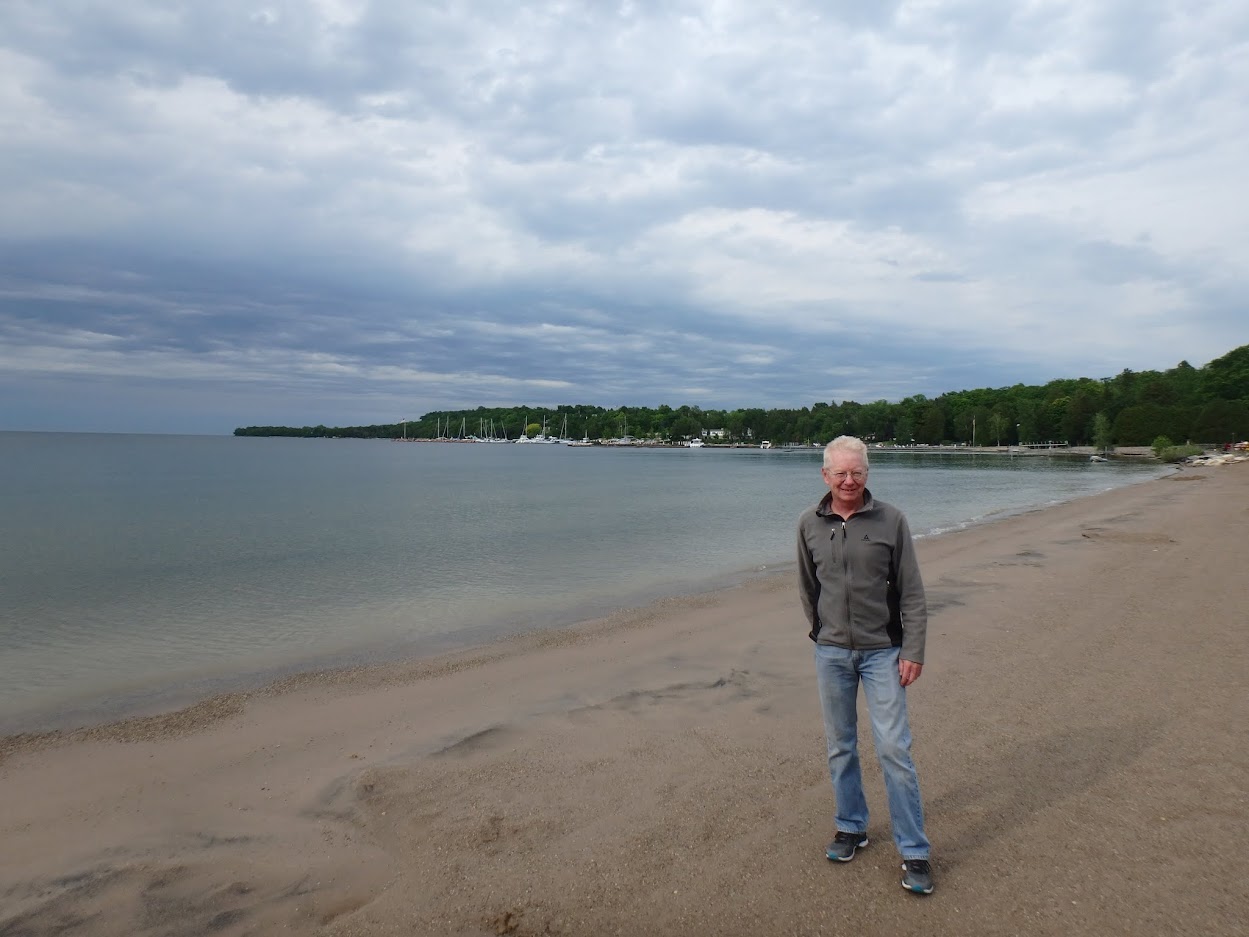 We found a place to park in Egg Harbor and stopped at the Shipwrecked brew pub, where we each enjoyed some cold beverages. We used our phones to search the Egg Harbor restaurants and settled on a BBQ establishment called Casey’s BBQ & Smokehouse. After dinner we stopped at Grumpy’s, and Jane enjoyed an ice cream cone, while Dave pouted over the lack of sorbet or frozen yogurt. We finished our exploration by stopping at Harbor View Park, where we found a nice bench on the hillside that provided a wide panorama of the marina, lake and sky. We were ready to embark on the exploration of Door County over the next three days. 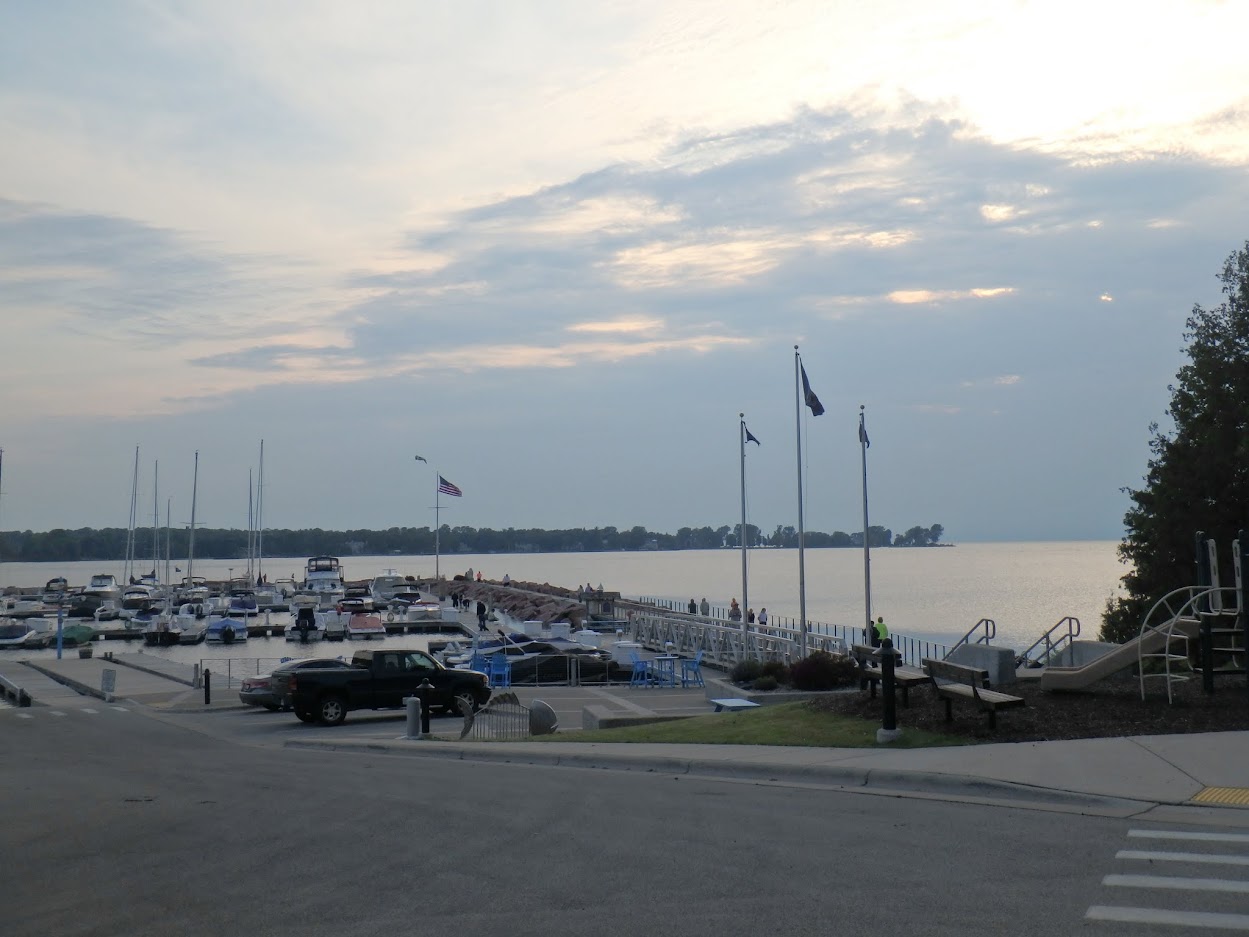 The Pier at Egg Harbor