The cream parachute hopper has proven itself as a great late season fly. This fly always lands in the proper alignment, presents the triggering feature of large splayed legs, and offers a large white wing post that makes it easy to spot on the water. 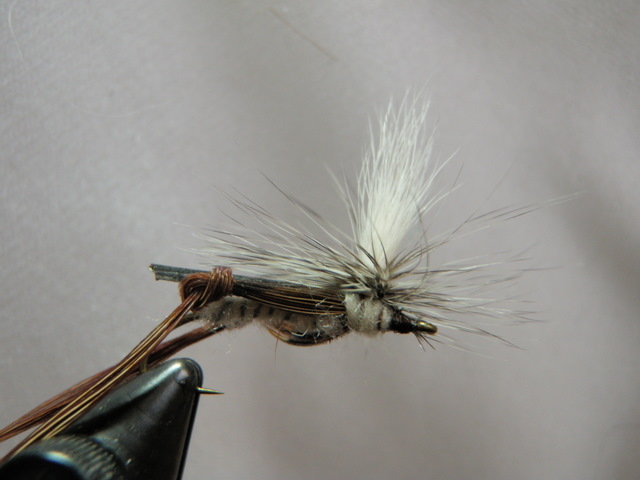 On a late season hike to Wildcat Canyon, my friend Gregg Sutherland captured a couple hoppers and flicked them into the river. Before he offered them to the trout, I inspected the abdomen and noticed a segmented creamy underside, so I decided to imitate this in my new parachute hoppers. 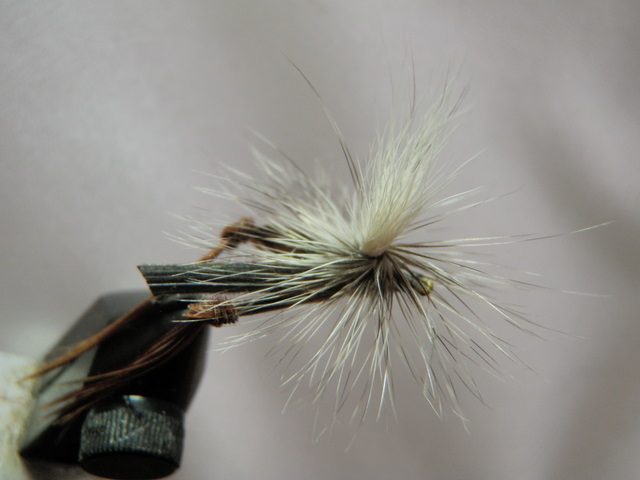 A View from the Top

The yellow body Letort hoppers seem to work well in the early summer season, but when late August and September roll around, the parachute hopper seems to be more productive. I decided to produce eight cream parachute hoppers for the upcoming 2012 season. 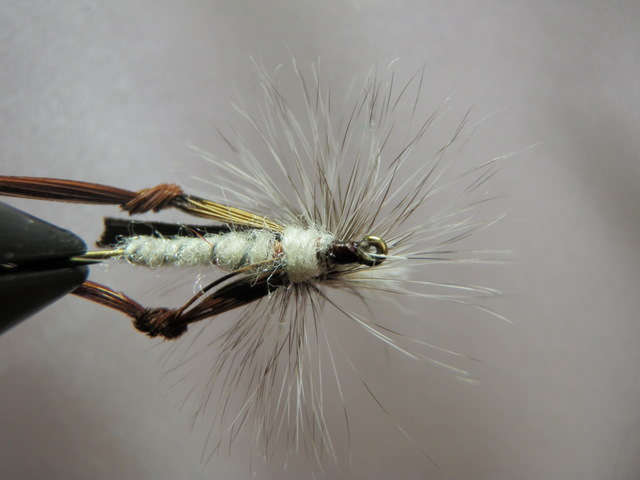