The next interesting fly to appear on my radar from scanned patterns was the Craven Haymaker. Charlie Craven is an accomplished fly tier and designer and the owner of Charlie’s Fly Box in nearby Arvada, CO. I visit his shop frequently, and I scanned and saved his step by step instructions in Fly Fisherman Magazine for crafting the haymaker.

I reviewed the materials list and noted that I did not possess the Black/gold speckled chenille or the black hen saddle hackle, so I made some substitutions from my vast array of materials that never seem to get used. I replaced the black/gold chenille with black/medium olive, and I improvised for the wet fly hackle with hungarian partridge. The partridge was very dark with white dots, and I was rather pleased with the final look of this feather. 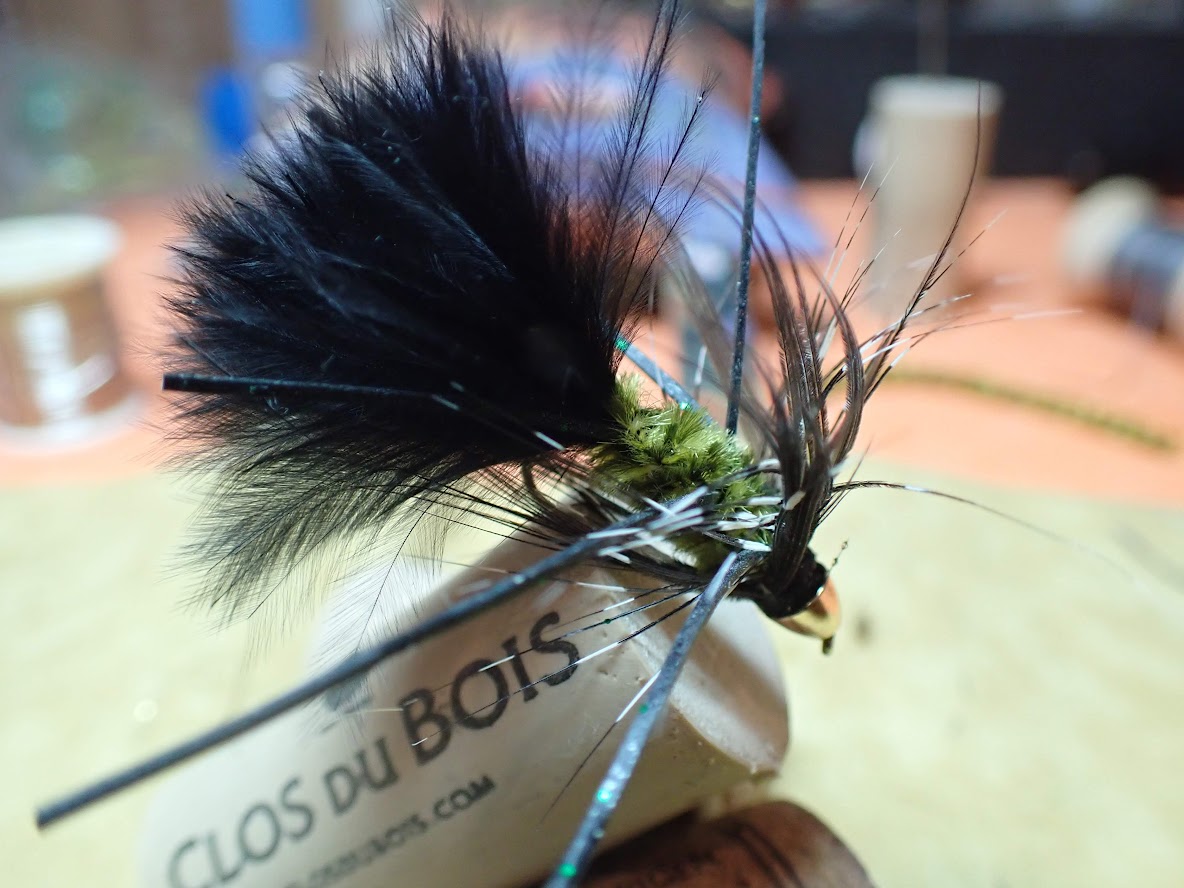 The finished haymaker reminded me quite a bit of a woolly bugger, although it displays rubber legs and long wet fly style hackle fibers that probably wave in the current more than the typical dry fly hackles palmered on a woolly bugger. I made three, and the combination of the large bead and weighting probably make it a good choice to tumble on a dead drift through deep runs and at the head of riffles. Another new fly awaits my advancement into area trout streams in 2020. 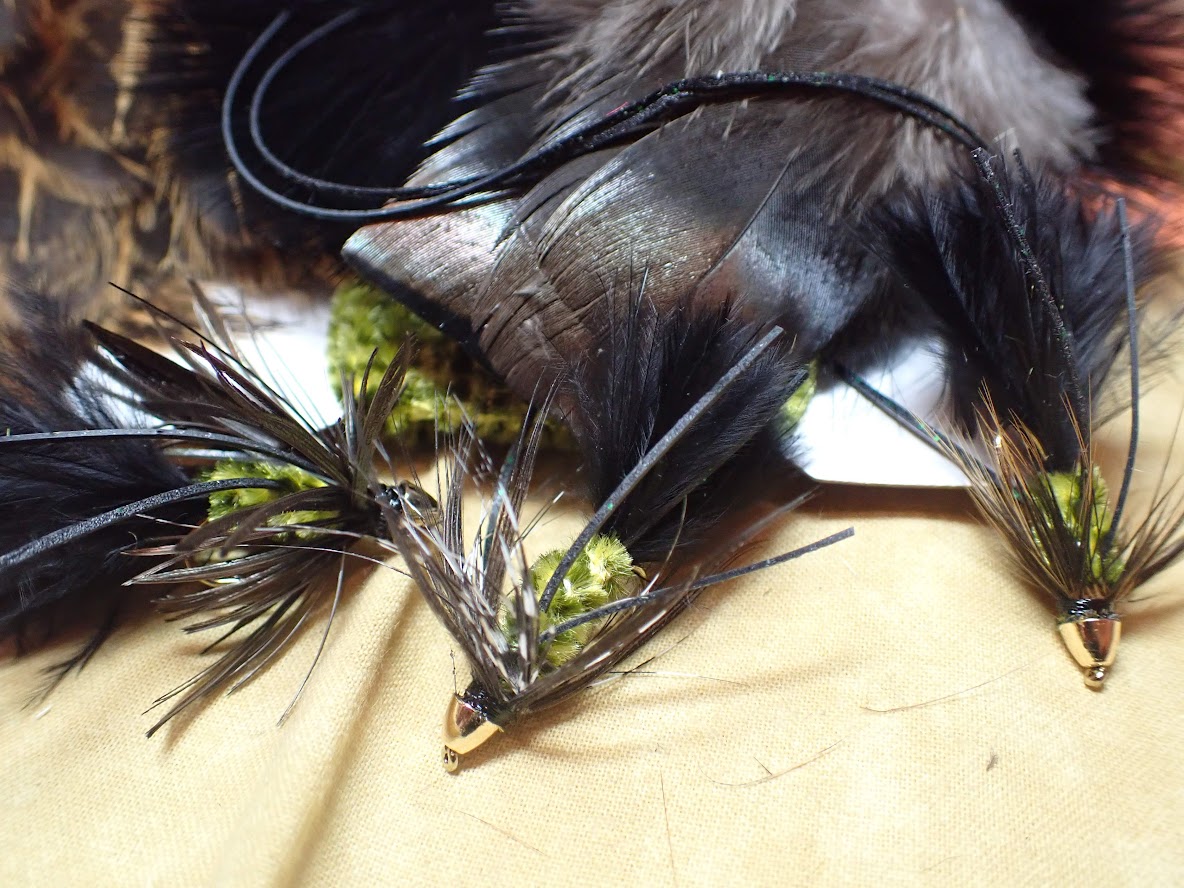