A forecast of high temperatures in the seventies unleashed a strong desire to take advantage of the unseasonably mild weather, so I scheduled another fishing excursion to Clear Creek. A day on the Arkansas River and the Taylor River provided a break from the small local stream, so I felt another short trip was appropriate. I packed my lunch and gear and left Denver a bit after 10:45, and this enabled me to park in the pullout just beyond the first bridge after Tunnel 1 when heading west on US 6 by 11:30. Since it was nearly lunch time, I downed my sandwich, carrots and yogurt before I pulled on my waders and assembled my Loomis five weight.

I crossed the highway and hiked downstream along the south bank until the trail faded, and then I scrambled down some large rocks until I was along the creek. The flow was around 45 cfs and consistent with my experience in October of 2016, and a tinge of color was visible although not enough to impact the fishing. The air temperature was in the sixties in the canyon, so I wore a long sleeved undershirt and fleece for the entire three hours. Normally this many layers would translate to being over dressed, but I remained in the shade of the canyon wall all afternoon.

I began my fishing day with a Jake’s gulp beetle. During my last visit on October 21, the beetle produced six fish, but it was not the popular food source that generated frenzied feeding in early October visits. Nevertheless the air temperature was more favorable on Wednesday, so I gambled that the fish would look to the surface and remember their fondness for beetle snacks. It was a reasonable theory, but apparently the cold nights removed beetles from the trout menu, as I was unable to produce more than a refusal on the size 12 peacock body Jake’s gulp beetle.

After fifteen minutes I ended the beetle experiment and converted to a dry/dropper configuration. I tied a fat Albert with a light yellow floss body to my line for visibility in the shadows, and then I added a beadhead hares ear nymph and an ultra zug bug. Initially these flies were also left undisturbed, but then I landed two small browns in quick succession. Both fish nabbed the hares ear nymph. Once I boosted the fish count to two, my catch rate accelerated. I progressed upstream mainly along the left bank and tossed the fat Albert in all the inviting deep pockets and runs. 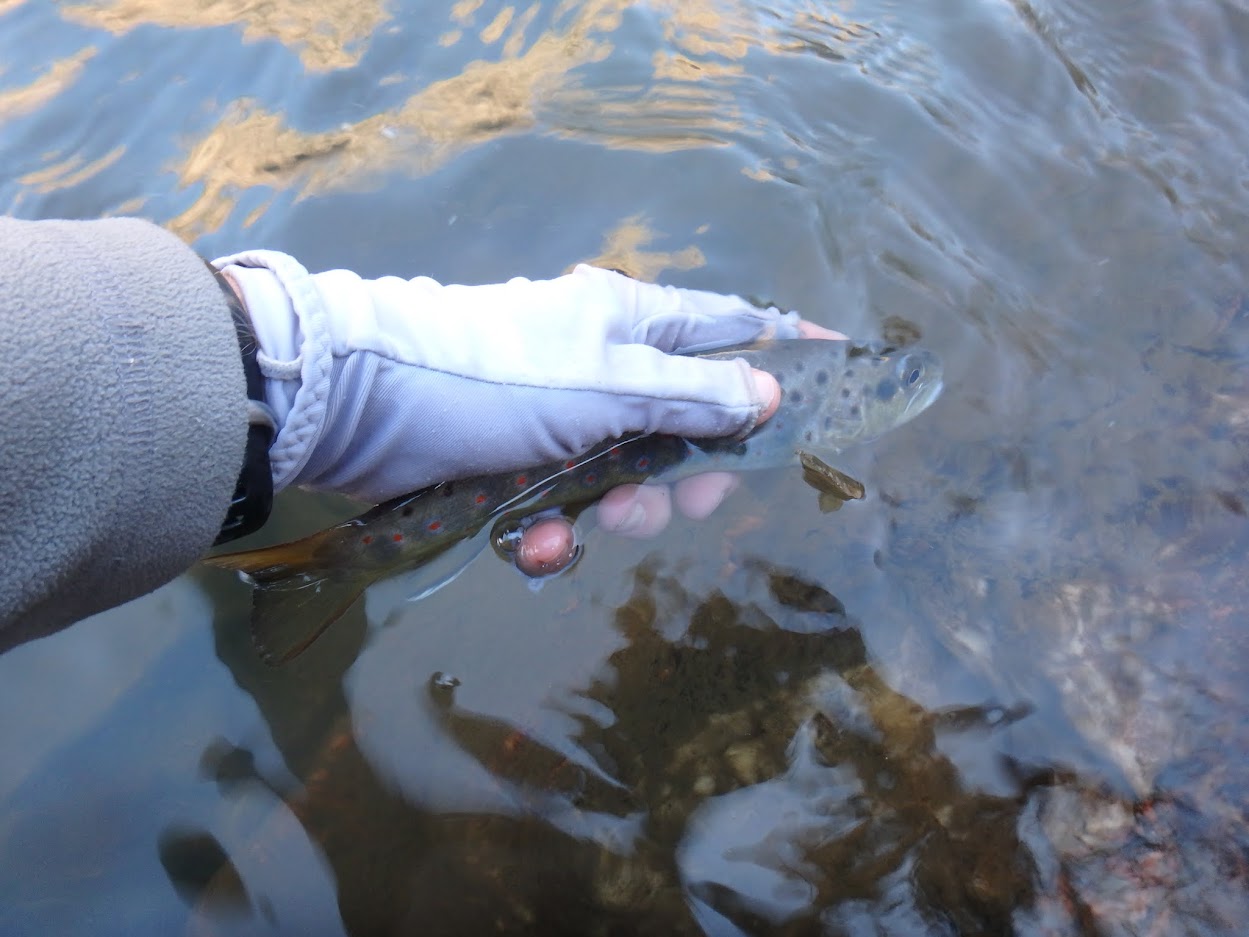 Between 12:30 and 2:30 the hares ear and zug bug were magical. I boosted the fish count to fourteen, and one decent brown trout even gobbled the fat Albert. I thoroughly enjoyed prospecting the likely holding lies with rapid fire casts and three to five drifts. Most of the fish emerged from the deep slow moving holes and pockets that bordered the rocky south bank. I tested the opposite bank with downstream drifts, but this ploy did not pay dividends in a manner similar to earlier Clear Creek fishing trips. 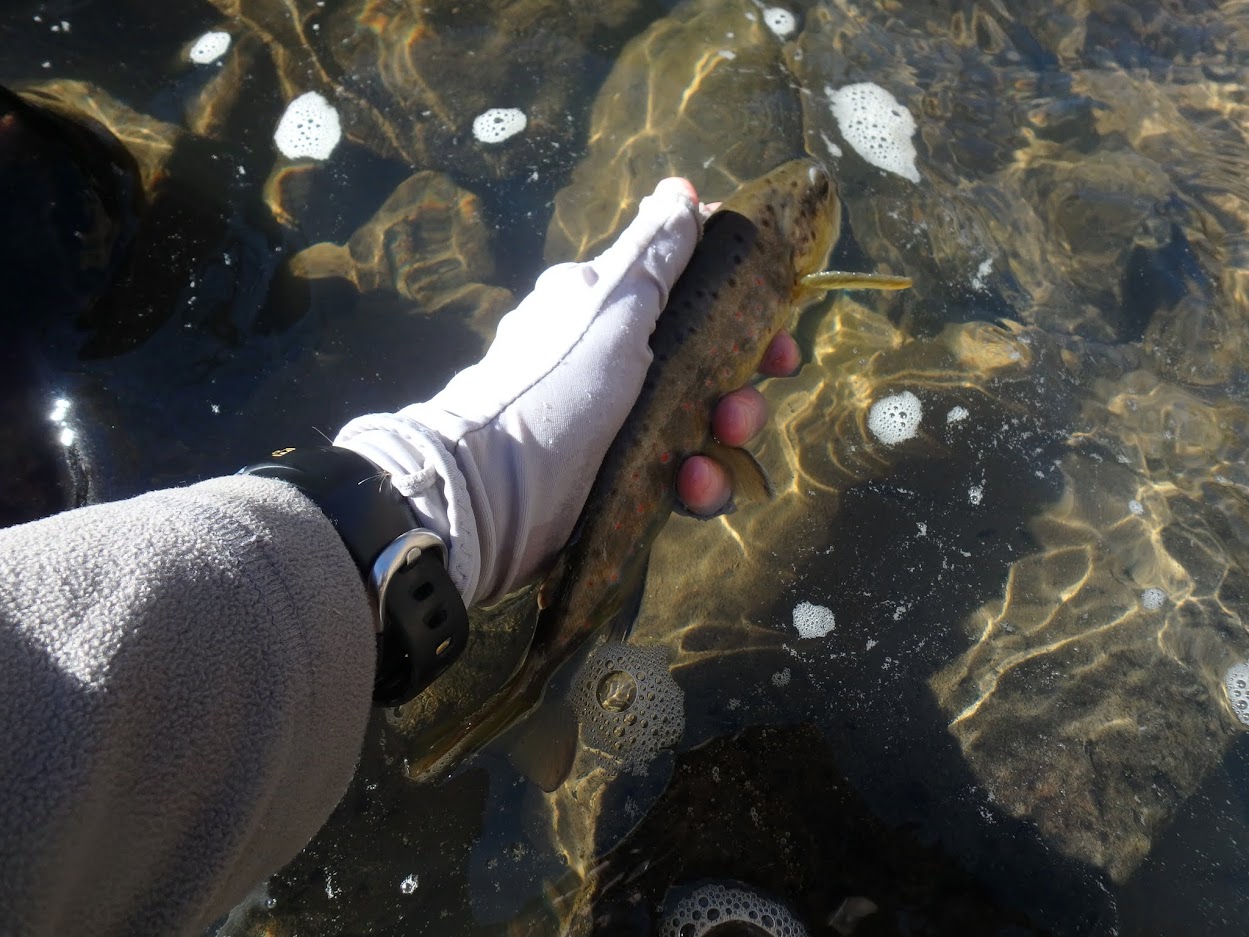 Do fish have meal times similar to human beings? The steady feeding came to an abrupt end at 2:30, and I covered a significant distance without so much as a refusal. It seemed odd that the fish suddenly stopped feeding after some fairly aggressive action in the previous two hours. Perhaps a headmaster blew a whistle and ushered them back to their resting spots for the remainder of the day. 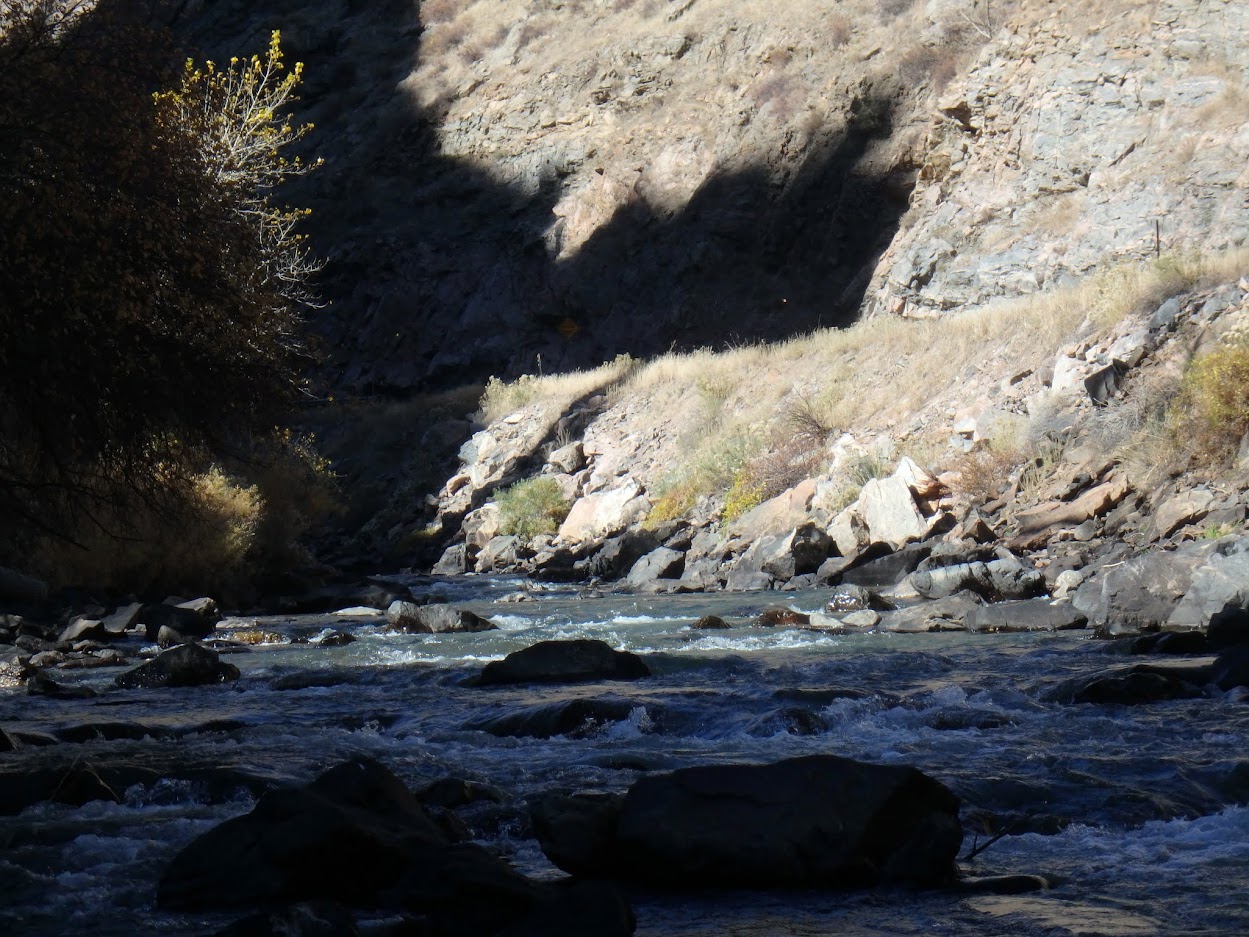 A Bit of Sunlight Ahead

By 3:00 the canyon was blanketed with shadows, the air temperature dropped a few degrees, and the fish decided to fast; so I reeled up my flies and climbed the steep bank to the highway. I was a short distance above my car, and as I hiked along the shoulder, I heard voices echoing across the canyon. I gazed upward and saw two rock climbers scaling the vertical canyon wall above me. I was not the only Colorado resident taking advantage of the mild late October weather. Stay tuned as the weather forecast is very favorable through the remainder of the week. 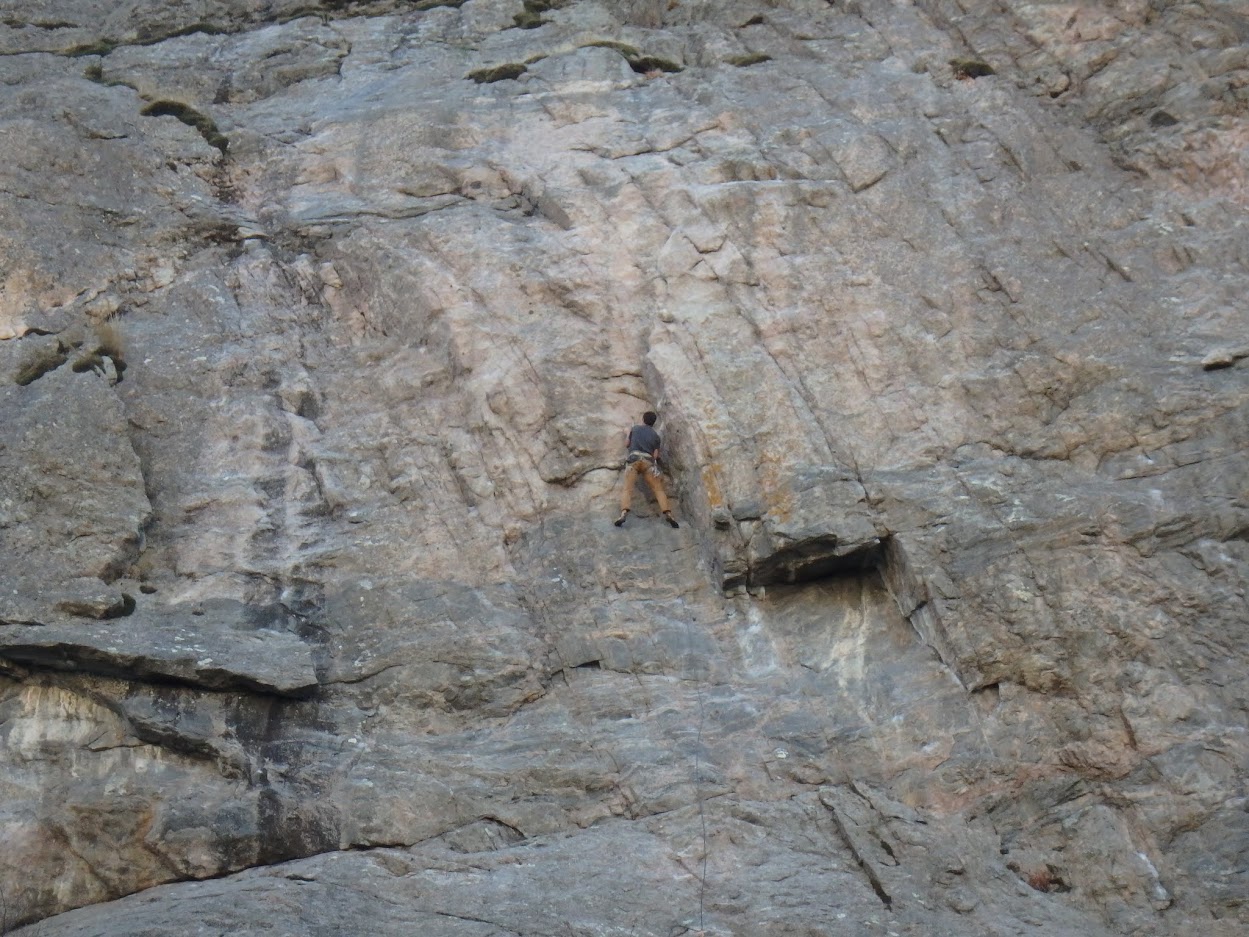