The most favorable thing I can say about today was my decision to wet wade during the sizzling ninety degree heat in Clear Creek Canyon. Will this heat wave ever end? My fishing experience on Wednesday was the exact opposite of Tuesday. It did not take long for the euphoria associated with my splendid day on South Boulder Creek to disappear in the sun and heat of Clear Creek Canyon.

The flows leveled out at 82 CFS, and that level is very close to my ideal for the medium sized drainage west of Golden. I was able to wade comfortably along the north (right) bank, although crossing to the opposite shore was a dangerous proposition that I never attempted. I wisely wore my Columbia fishing shirt with large pockets, as this enabled me to transfer my MFC fly box from my wader bib to my shirt. Waders were not part of my attire, as I pulled on my wet wading pants, socks and wading socks and enjoyed the cool sensation of Clear Creek. When I departed at 2:30PM, the dashboard digital thermometer registered 91 degrees. 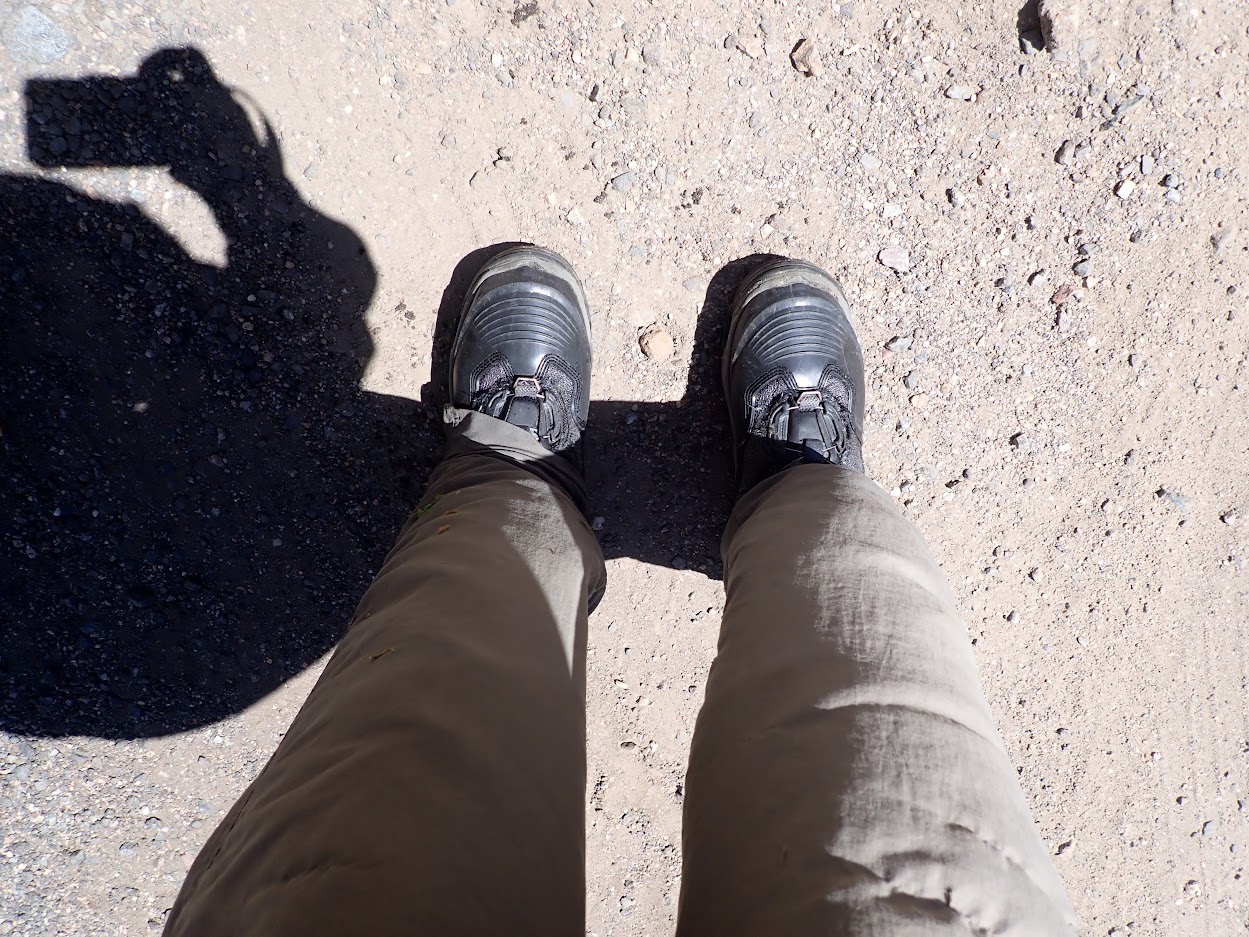 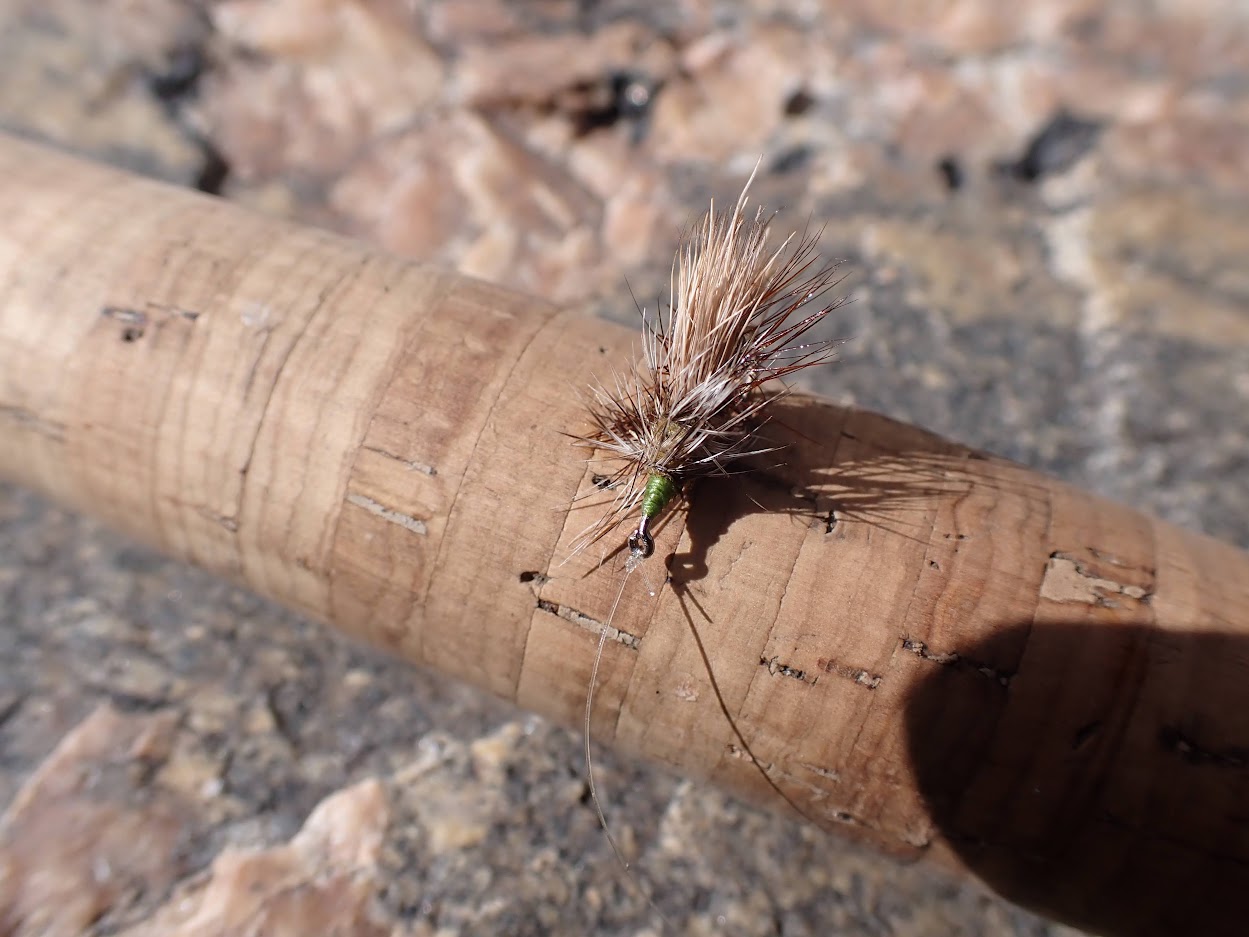 After I assembled my Orvis Access four weight, I extended my tippet several feet with 4X and 5X sections, and then I ambled downstream along the shoulder of U.S. 6 for .4 mile, until I found a rough path down the bank to the edge of the creek. I began with a double dry set up that included a peacock hippie stomper and olive bodied size 14 stimulator. These flies have become my primary choice during recent outings during the dog days of August. 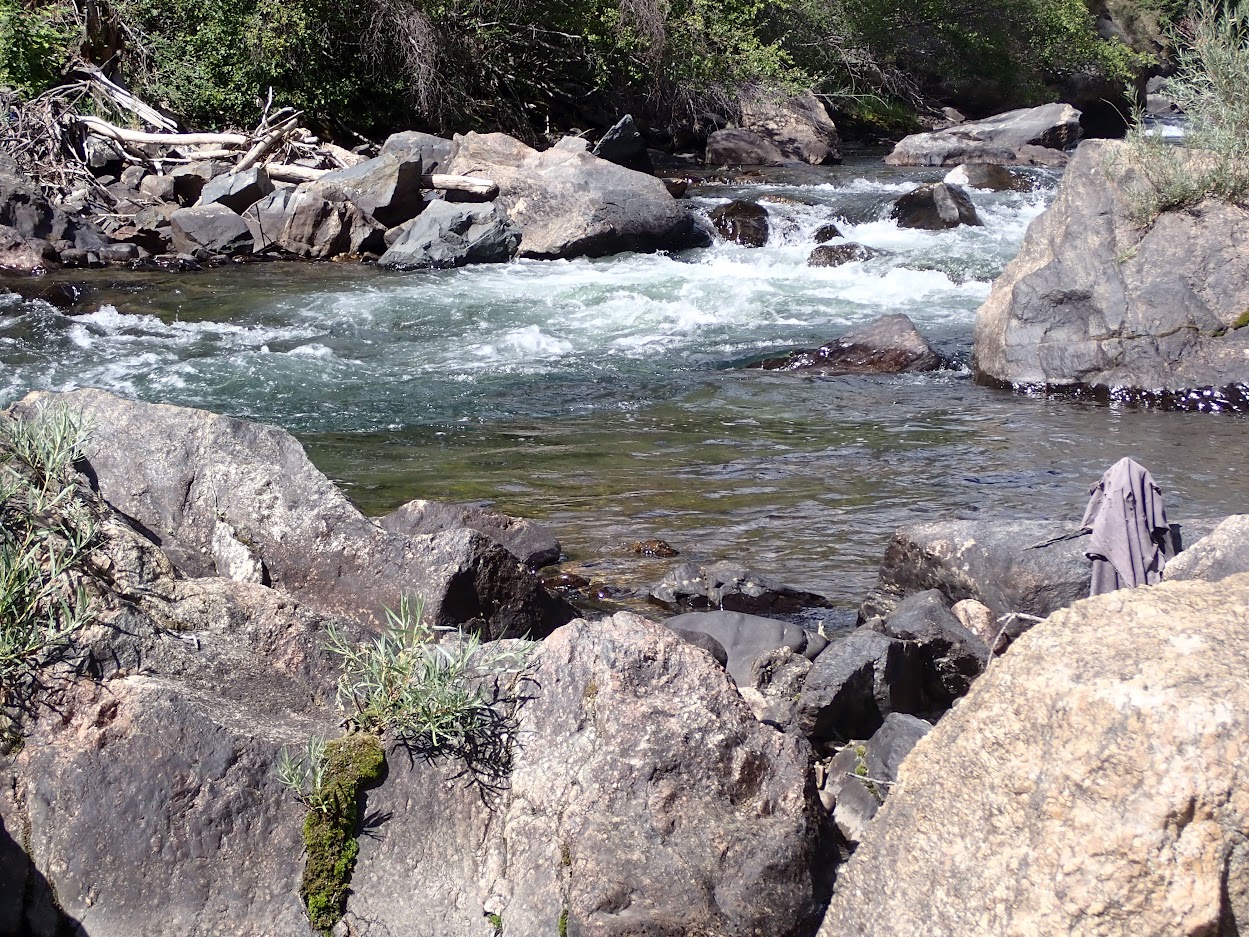 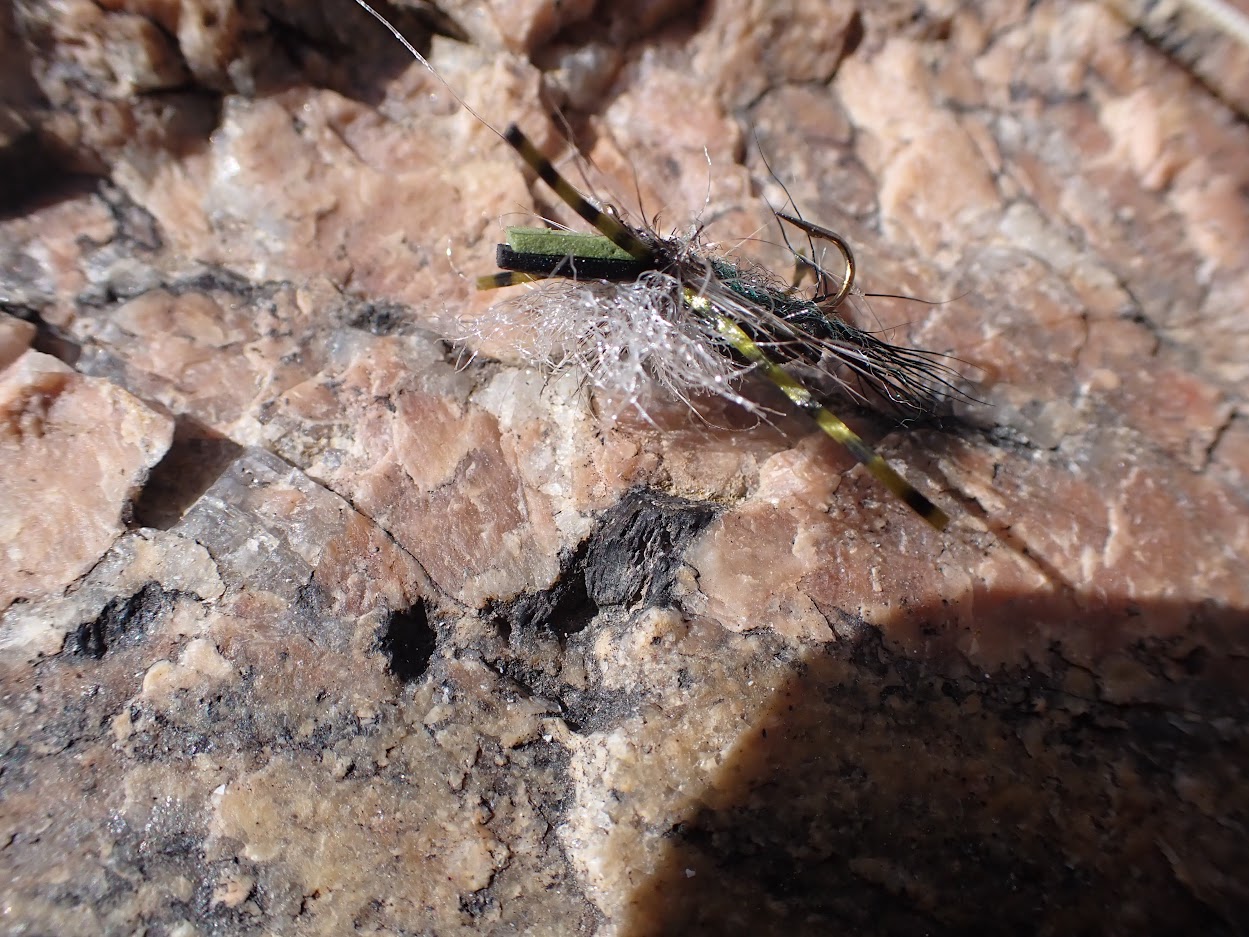 After one hour of prospecting with the high floating dries, I managed three refusals. The looks occurred early in the game, and the flurry of unfulfilled action was followed by a long lull. I decided to experiment with a dry/dropper approach. and I switched to an Amy’s ant trailing a hares ear nymph and perdigon. This was my first attempt to deploy a perdigon, but it never produced a fish. The hares ear on the other hand was effective, as three brown trout barely over six inches boosted the fish count. A few temporary connections were also part of this phase of my fishing day. 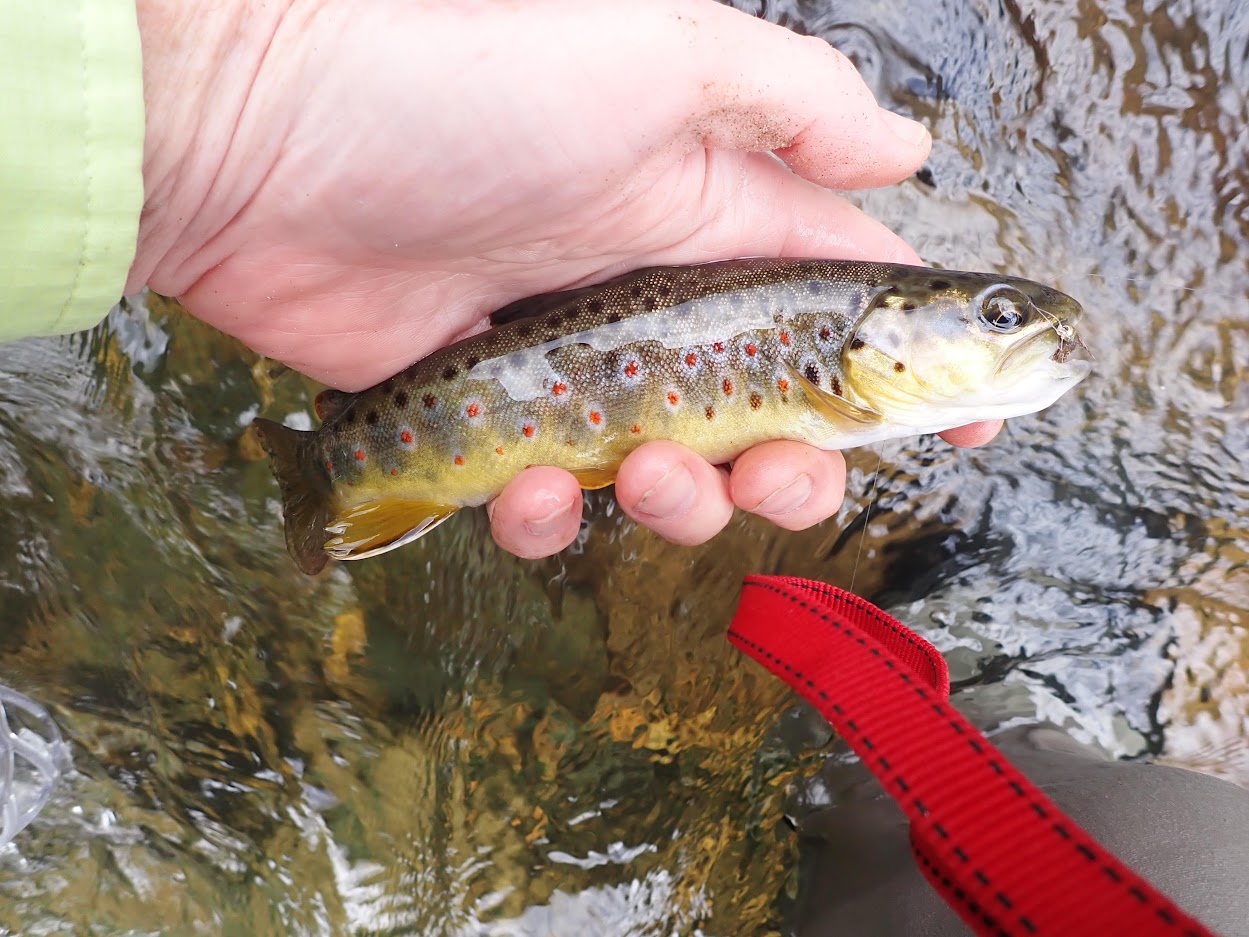 After lunch the lull continued, so I elected to make another change, and I swapped the Amy’s ant for a size 10 Chernboyl ant. I also replaced the perdigon with a salvation nymph.  These two flies occupied my line for the next 1.5 hours, and two additonal small fish rested in my net. Actually the fish were so small, that they slid through the holes in my net, and I struggled to corral them. The worst part of catching small fish is re-threading the line back through the hole in the net.

At 1:30PM the action slowed even more. A few refusals to the Chernboyl ant convinced me that the fish were mostly looking toward the surface for their meal, so I decided to downsize to a size 12 Jake’s gulp beetle. I cast it solo, and in a short amount of time four small trout emerged to inspect the beetle, before they returned to their holding position. I seemed to be on the right track with terrestrials, which made sense with the acceleration of wind bursts after lunch. I downsized once again to a parachute black ant size 18, and I sprayed at least ten drifts over a very attractive wide riffle of moderate depth. Much to my amazement the juicy ant was totally ignored. In a last gasp effort to land another fish I reverted to a Jake’s gulp beetle, and a fifth refusal added to my frustration. I glanced at my watch and noticed that it was 2PM, so I slowly climbed the bank and returned to the car. 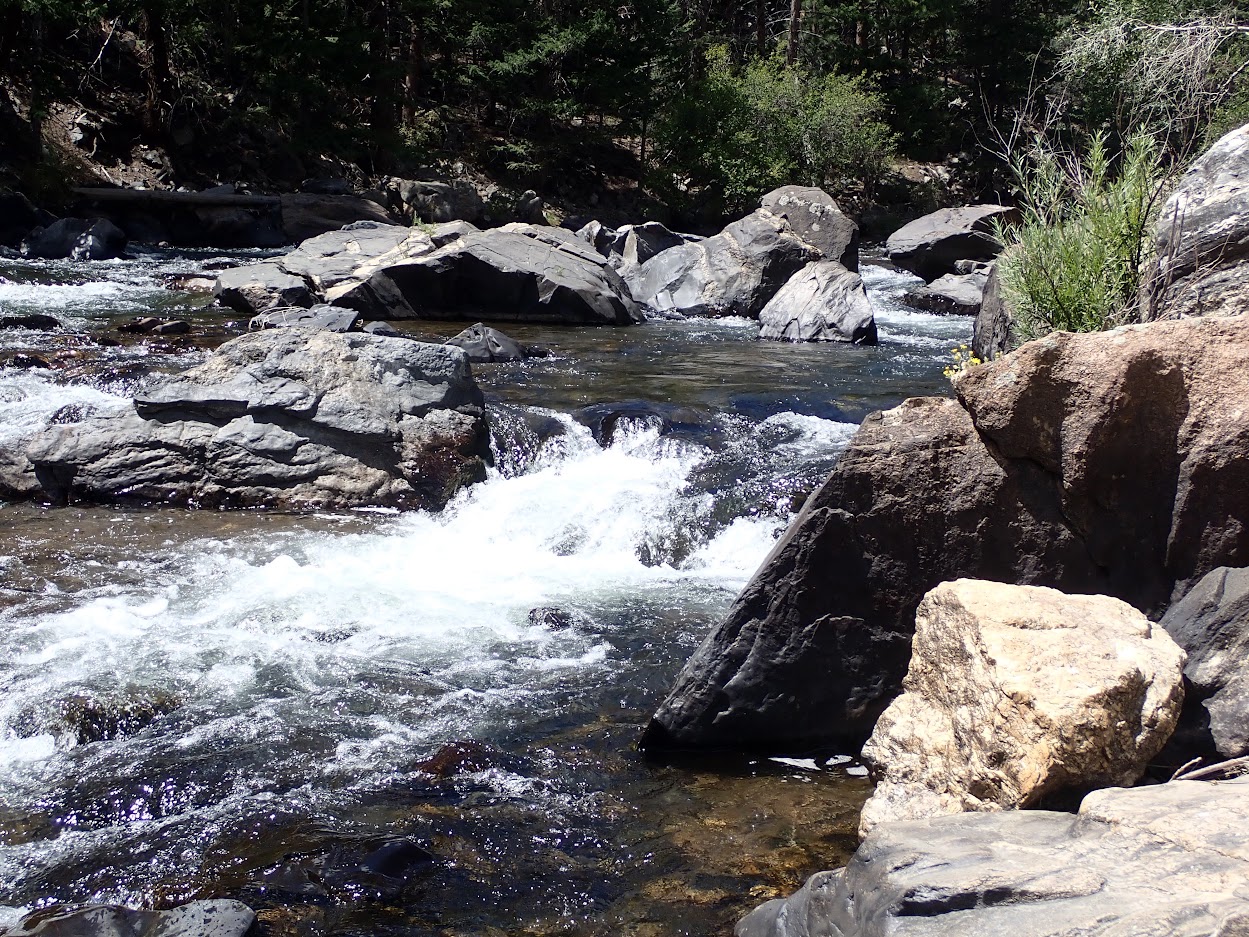 Every year I convince myself that Clear Creek is a viable option for dog days of August trout, and every year I return home in a state of disappointment. The brown trout are very small, and they are infuriatingly fussy. The large rocks are polished to a glassy smooth surface, and my studded waders glide over the slanted surface like a greased ice block. Hopefully I can find better options, until the nights begin to cool off in September.