Normally in June I am anxiously checking the stream flows for signs that the water is dropping and perhaps I can fish on a stream by July Fourth. I need to keep reminding myself that it is only June as the air temperatures and the lack of snow pack make the rivers and streams of Colorado look like it is late July or even August. Starting on Friday June 22 through June 26 Denver experienced five successive days with high temperatures over 100 degrees. With this backdrop Dan and I decided at the last minute on Sunday to make a trip to Clear Creek for an evening of fishing.

I picked Dan up at 4PM and we were parked and ready to fish on Clear Creek by 5PM. The eastbound traffic on interstate 70 looked ridiculous so I hoped it would clear by the time we elected to make the return trip. Because of the heat, Dan chose to wade wet with shorts and chacos. We soon discovered that some entrepreneurs purchased land just east of the open space and opened a zip line business. There were at least six wooden towers; three on each side of Clear Creek with wires connecting each tower. We also noticed there were no trespassing signs on all the towers, so we walked beyond the eastern boundary and descended the bank to a stretch where we began fishing in previous years. 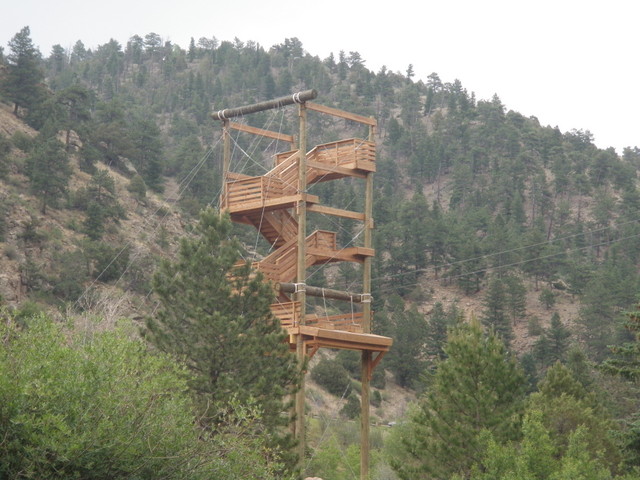 Dan began fishing with a Chernobyl ant and waded to the north side while I tied on a lime green trude and fished the half of the stream closest to the road. Fairly quickly I had a refusal and then a couple momentary hook ups on the trude. Dan meanwhile wasn’t having much action. I moved upstream a bit and finally connected on a couple small browns. Dan moved up along the right bank roughly parallel to my position. After I landed a third brown on the trude from beneath an overhanging branch along the bank, I noticed that I was getting close to the first wooden tower, and I wasn’t sure if I was in private water. A man with a red shirt was gathering trash bags at the base of the tower, and eventually he began walking toward me. This could only mean one thing, I’d crossed the line.

I made a hasty retreat back downstream to near the area where we’d begun, however, Dan couldn’t move as fast because wading in chacos requires careful foot placement. When Dan and I met near our starting point, I asked him what the gentleman said, and Dan said he couldn’t hear over the rushing water, but he was motioning with his thumb to get out.

We ascended the bank and walked back up the frontage road to a spot just beyond the western border of the zip line property where we dropped back down to the creek. This time Dan stayed on the south bank closest to the road, and I waded across to fish along the north side. By now Dan had switched to a lime green trude and it wasn’t long before he shouted, and I looked toward him and saw an eleven inch brown trout doing cartwheels as Dan had set the hook pretty hard. He wasn’t about to lose this one. I waded toward hiim and snapped a decent photo then returned to the business of fishing. 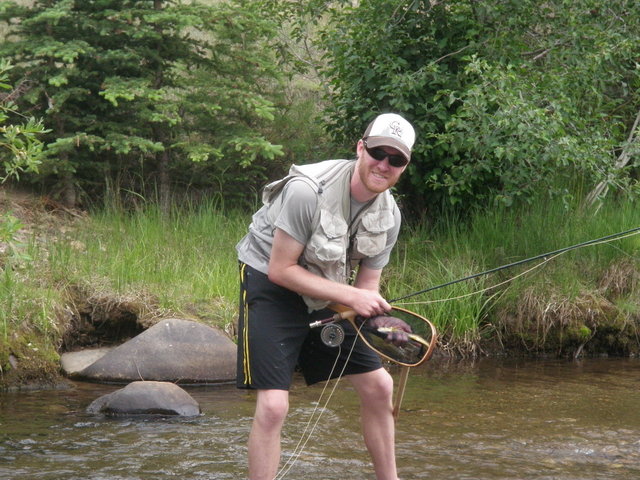 Dan Shows Off His Catch

After I moved upstream a bit I reached a ten foot stretch of water where only around two feet of slack water existed between the current and the bank that could hold fish. I flicked a few backhand casts upstream and the current pulled my fly right along the grassy bank. On the third or fourth such drift a brown emerged from the bank and slurped the trude.

As I continued upstream II felt like there were more fish than we were pounding to the surface so I tied on a Chernobyl ant and dropped a beadhead hares ear off the bend. I was mostly using the large foam attractor as an indicator and hoped to get some action on the nymph as I approached the bridge. I fished up to the bridge and then waded underneath and up along the bank on the opposite side. I’d seen kids swimming in this area and didn’t hold much hope so I covered this water fairly quickly and then came to some additional bank side pocket water forty yards above the bridge. 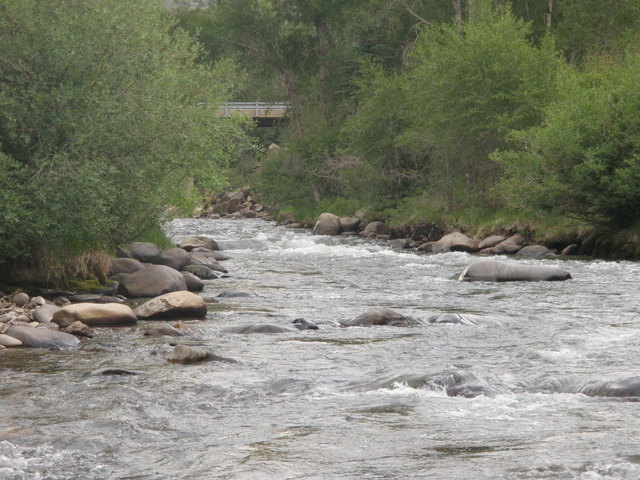 Here in a short but deep hole in front of a large rock a 10-12 inch brown emerged from the depths and sipped in the Chernobyl ant. This occurred no more than five feet across from me and was quite cool to observe. Dan was having difficulty seeing his trude in the bright glare on his side of the river, so I suggested that after I covered two more attractive spots upstream, that we should call it a night and return to the car. Dan found a spot where he could ford the creek while I fished out the stretch of pockets, and then we scrambled over the large boulders along the stream and reached the car by 7:30PM. 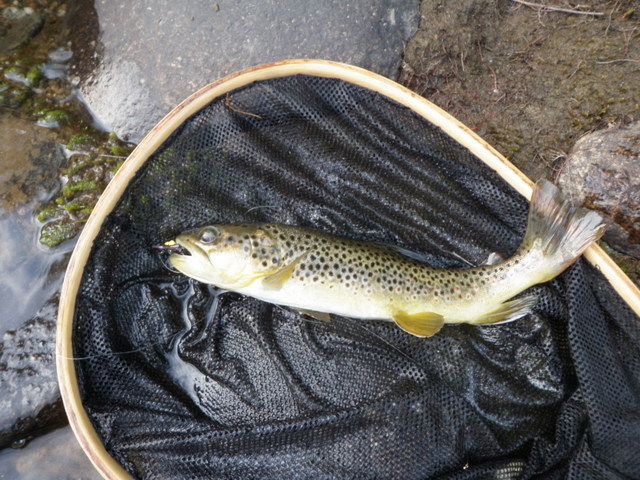 We had escaped the heat, landed a few fish, and had additional action in the form of momentary hook ups and refusals so we decided to celebrate and wait out the traffic some more by stopping at Tommyknocker’s Brew Pub in Idaho Springs for dinner. The two fish tacos I consumed rank among the best I’ve ever had and the Black Powder Milk Stout only added to my enjoyment. It was a grand early summer evening in Colorado.