I generally avoid fishing on the weekend, but after three days of wintry weather, milder temperatures on Saturday planted the urge for an outing on a nearby stream. I proposed a trip to Clear Creek Canyon west of Golden, CO to Jane, and she readily agreed to accompany me for a short venture. We tossed Jane’s mountain bike in the Santa Fe along with my fishing gear, and we arrived at the Big Easy Access parking lot by 2:15. 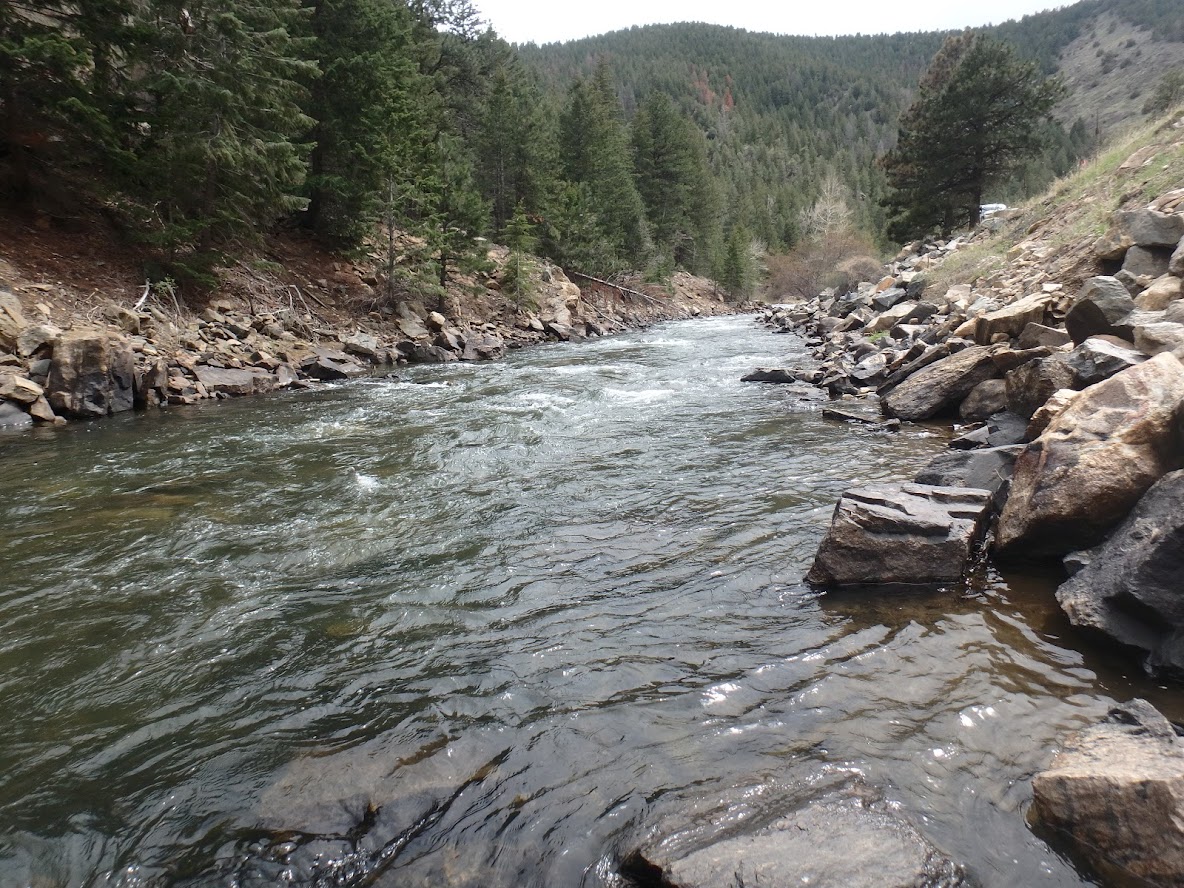 The Trough on Saturday

I quickly jumped into my waders and assembled my Sage four weight, and I was prepared to attack the creek. The temperature was in the low sixties, but some dark clouds appeared in the western sky, so I wore my fleece and raincoat for additional warmth. Jane decided to remain in the car with her book until the weather improved.

Quite a few outdoor enthusiasts occupied the area including dog walkers, hikers, cyclists, rock climbers and fishermen. In order to create some distance from the other anglers, I decided to hike downstream along the shoulder of US 6 for .25 miles, and this placed me beyond the Peak to Plains Footbridge and the traffic that it attracted. My Garmin Forerunner nearly registered .25 miles, when a sedan pulled off the highway and parked parallel to the eastbound lane. I thought that this was a strange place to park for a fisherman or sightseer. As I continued to walk toward the pullout area on my way to a starting point, a gentleman exited the car and began walking toward me. Was he a tourist interested in fly fishing guidance? Finally his hat came into view, and I read the letters DOW on the ball cap. It was a Department of Wildlife officer, and he was about to check for my fishing license!

I removed my front pack and backpack and produced my license, and he thanked me for having it and showing it to him. He offered some tips on fishing locations within his jurisdiction and asked me questions about my fishing preferences and frequency of fishing trips. We said our goodbyes, and I continued along the shoulder a short distance, and at this point I spotted two fishermen below a huge boulder between the highway and the stream. I reversed my direction a short ways, and then I cut down to the creek while allotting an adequate buffer between me and the closest angler. 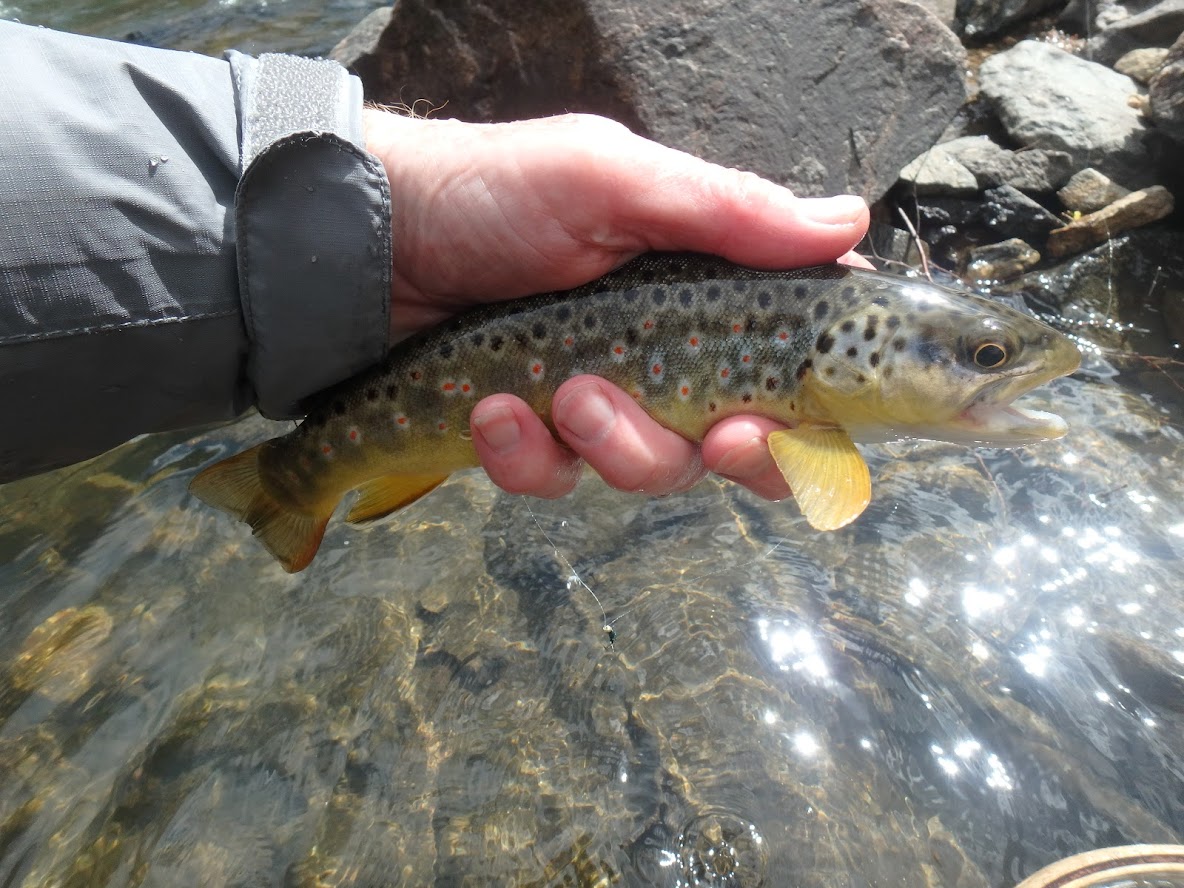 With only two hours available to fish I quickly knotted a yellow fat Albert to my line and added a beadhead ultra zug bug on a 3.5 foot dropper. Next I attached another section of leader and knotted a beadhead hares ear to the end position. This lineup would occupy my line, until I reached the section of stream directly across from the car at 4:15PM. The stream was flowing at 70 CFS, and this was a bit higher, than I was accustomed to, so I confined my casts to the slower moving pockets and shelf pools along the bank. The strategy paid off, as I registered seven trout, before I arrived at the Big Easy parking lot. All the netted fish were of the brown trout variety. Three were barely beyond my six inch minimum, and the other four stretched to the eight to ten inch range. Nevertheless it was great fun covering the water, and even small trout were a pleasant surprise. 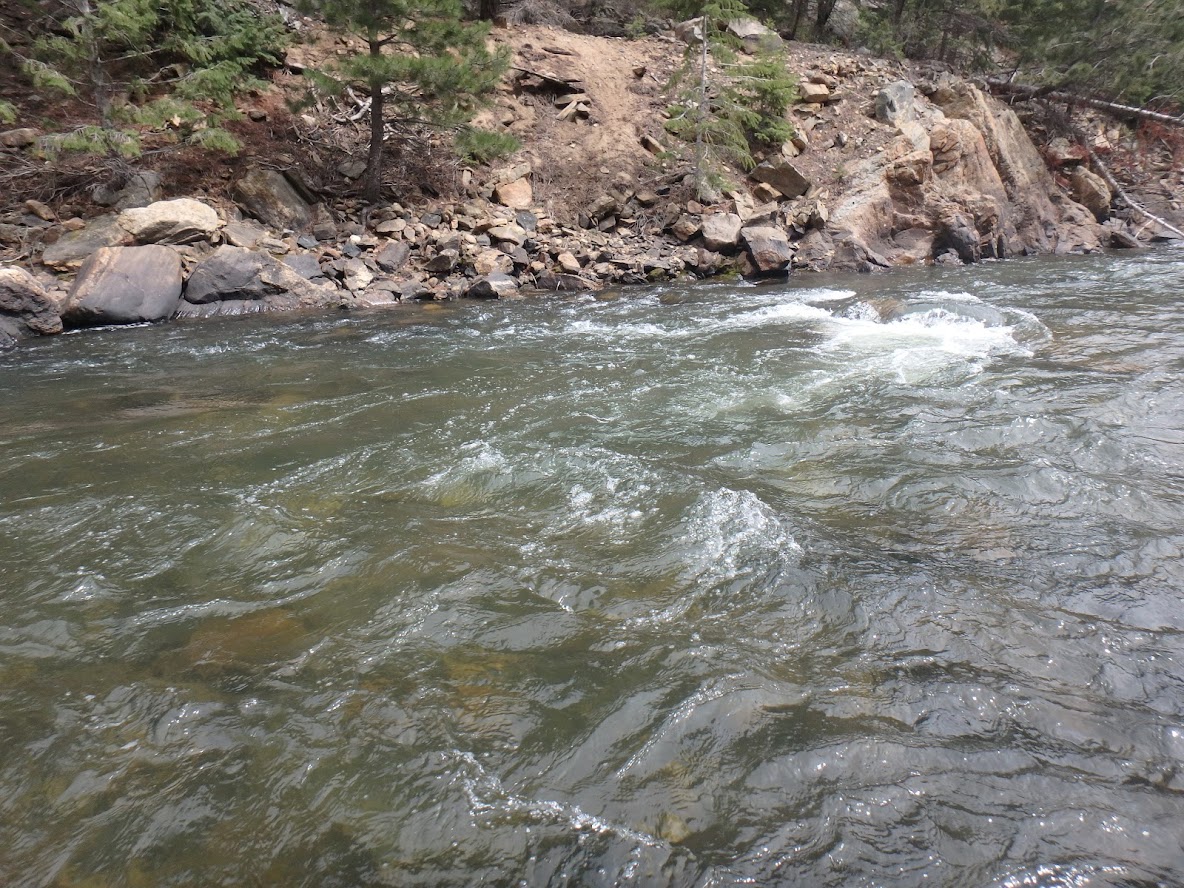 Slick Behind the White Water Targeted

When I approached the Santa Fe, I greeted Jane, and then I scanned the straight section in front of me. The sky was rather dark, and the wind kicked up, and I was astonished to view three separate rises next to the parking lot. I decided to use my remaining time attempting to fool the risers, so I ducked under the rail fence and carefully slid down the steep bank to the edge of the creek. Initially I sprayed casts quartering upstream and drifted the dry/dropper through the main center current and along the slower moving sections on both sides; however, the fish were not interested. A few more sporadic rises occurred, as this was taking place, so I swapped the hares ear for a soft hackle emerger. 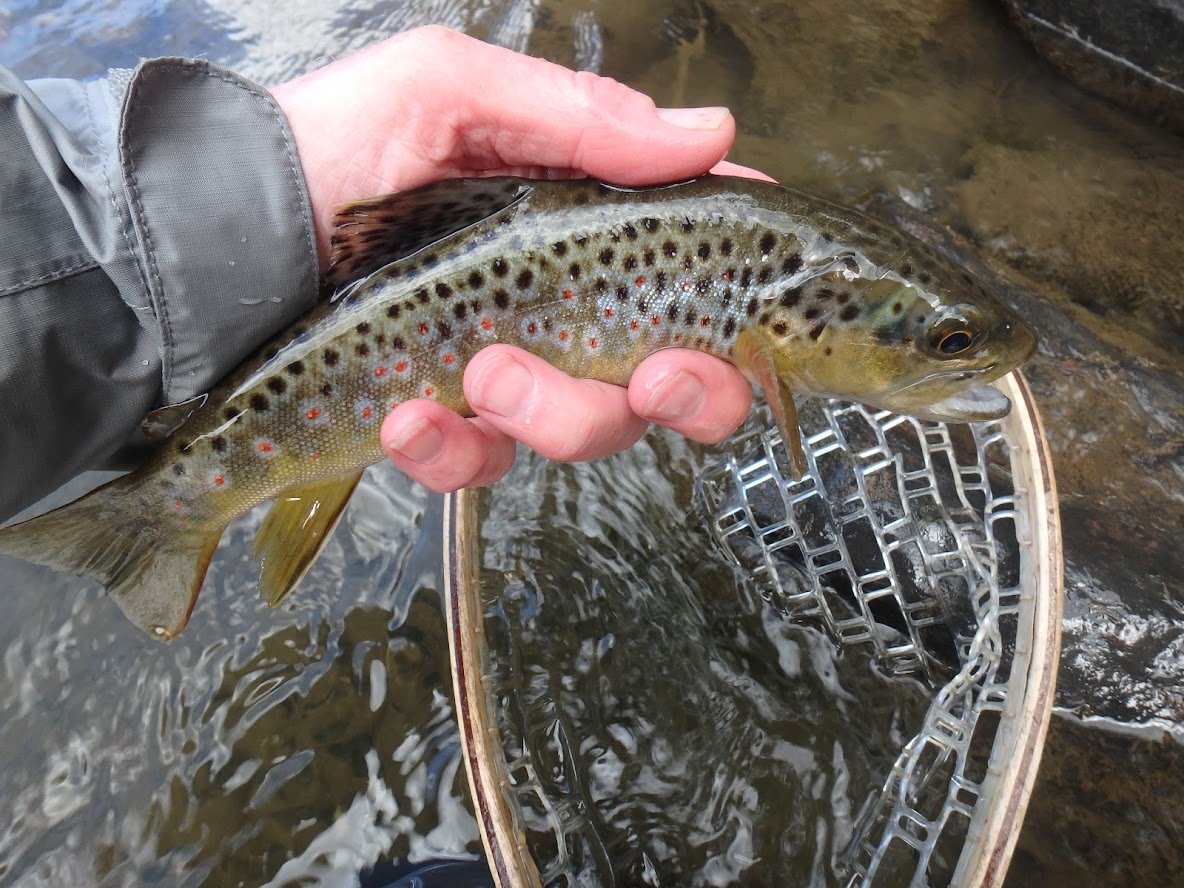 This attempt to match the blue winged olive hatch was resoundingly rejected, so I stripped in the three flies and removed them and tied a single size 24 CDC blue winged olive to my line. I cast above the scenes of the rises and executed some nice drifts throughout the area, but again my fly was ignored. The sky brightened a bit, and a longer period transpired without any surface disturbance from fish, so I decided to end my day. On the way home Jane and I stopped at the Mountain Toad in Golden for a brew.

Seven fish in two hours of fishing was respectable, and it felt good to get outside on a cool spring day on Saturday. I was not accustomed to the larger crowds of the weekend, but the number of anglers was minimal and did not interfere with my endeavor.