Although a distant second to fly fishing, I am also an avid pickleball player, and Sunday morning began with a visit to a local set of courts. Unfortunately, after 1.5 hours of play, it became clear that the four courts were overwhelmed by twenty-six players. This meant that ten players were sitting out at any given time waiting for a court to open up. Having already played some quality pickleball on Friday and Saturday, I concluded that my time could be better spent on a trout stream.

My go to nearby creek this spring has been Clear Creek, so I made that my destination on Sunday afternoon. I quickly loaded the car and threw together my standard lunch and made the relatively short drive to Clear Creek Canyon west of Golden, CO. The parking spaces were jammed with hikers, bikers, fishermen and rock climbers taking advantage of the nice weekend weather, but I found a nice wide pullout with the absence of other cars. It was 11:45AM, when I arrived at my chosen section of Clear Creek, so I munched down my sandwich and carrots, before I prepared to fish. The temperature was in the low fifties, so I pulled on my light down coat and added my raincoat as a windbreaker, and this proved to be a good decision, as the wind was a periodic factor in the narrow canyon. My fly rod of choice was my Sage four weight, as I desired its stiffness and fast action to combat the wind. 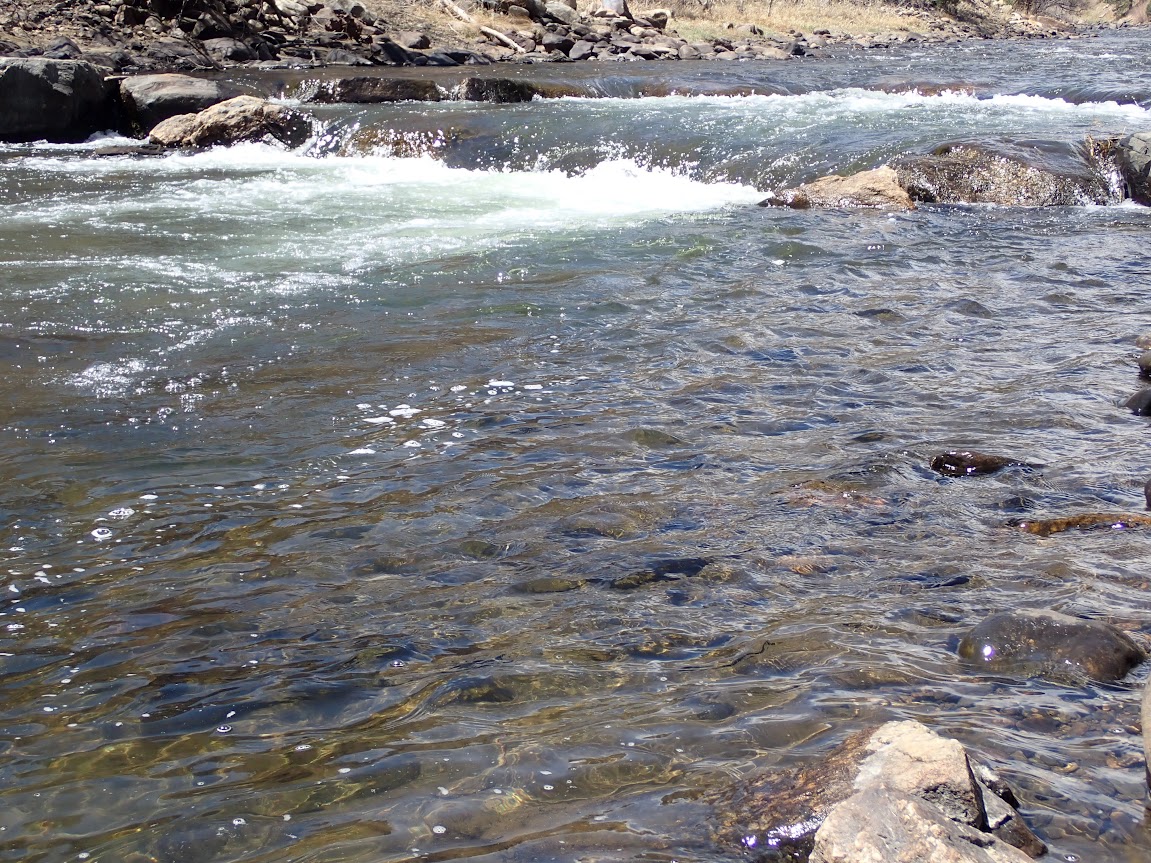 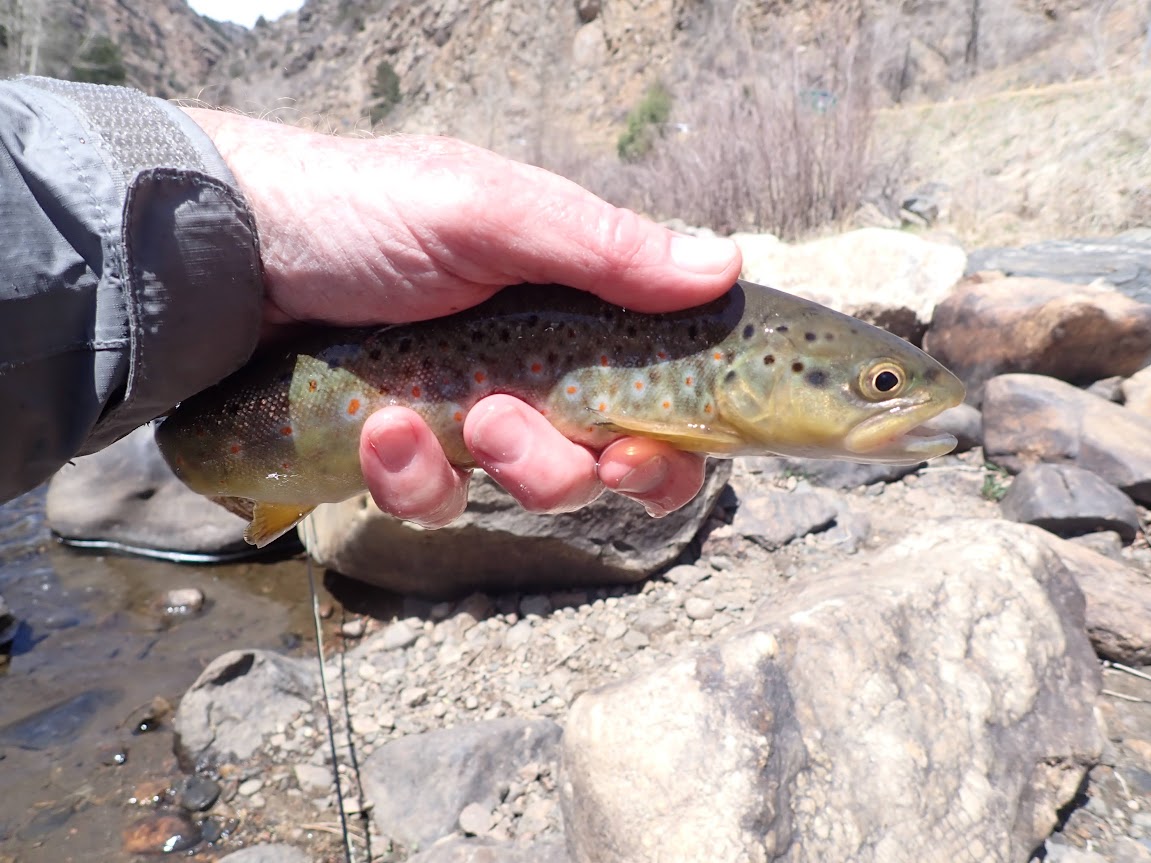 Based on my experience on previous trips, I began my day with a peacock hippie stomper trailing a size 16 olive-brown deer hair caddis. The double dry delivered five trout in two hours of fishing, as I moved often and executed a significant number of casts. I would characterize the fishing as steady, but I was disappointed nevertheless. Two of the landed fish gulped the hippie stomper and the other three nipped the caddis. These results were accompanied by an abundant quantity of looks and refusals, and this added to my frustration. I began to experiment with different combinations including a classic black Chernobyl ant, a purple haze, and a size 14 gray deer hair caddis as the lead fly. None of these flies delivered results, so at 2:15PM, I modified my approach and switched to a dry/dropper configuration. 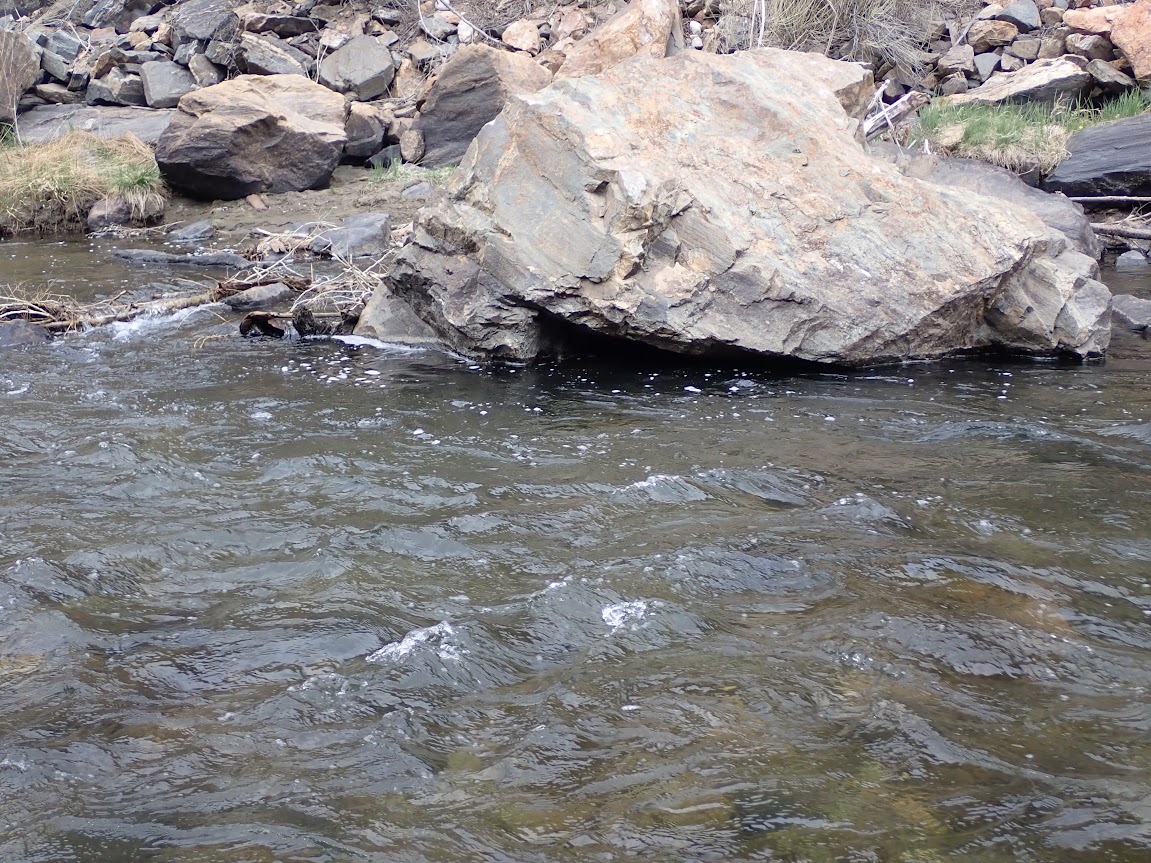 Landed One From the Narrow Slick Next to the Large Rock

On previous trips to Clear Creek the nymphs failed to produce, as the trout either looked at, refused or ate the surface fly. I was skeptical that Sunday would be any different, but I reluctantly rigged with a yellow size 6 fat Albert, a beadhead hares ear, and a salvation nymph. Voila! The change worked, and my catch rate elevated, as I moved the fish count from five to thirteen. Initially the hares ear was the prime producer, while the salvation accounted for a couple trout as well. It seemed that the salvation was more effective on the lift, or when the flies swept across the current at the end of a drift; whereas, the hares ear connected on dead drifts. 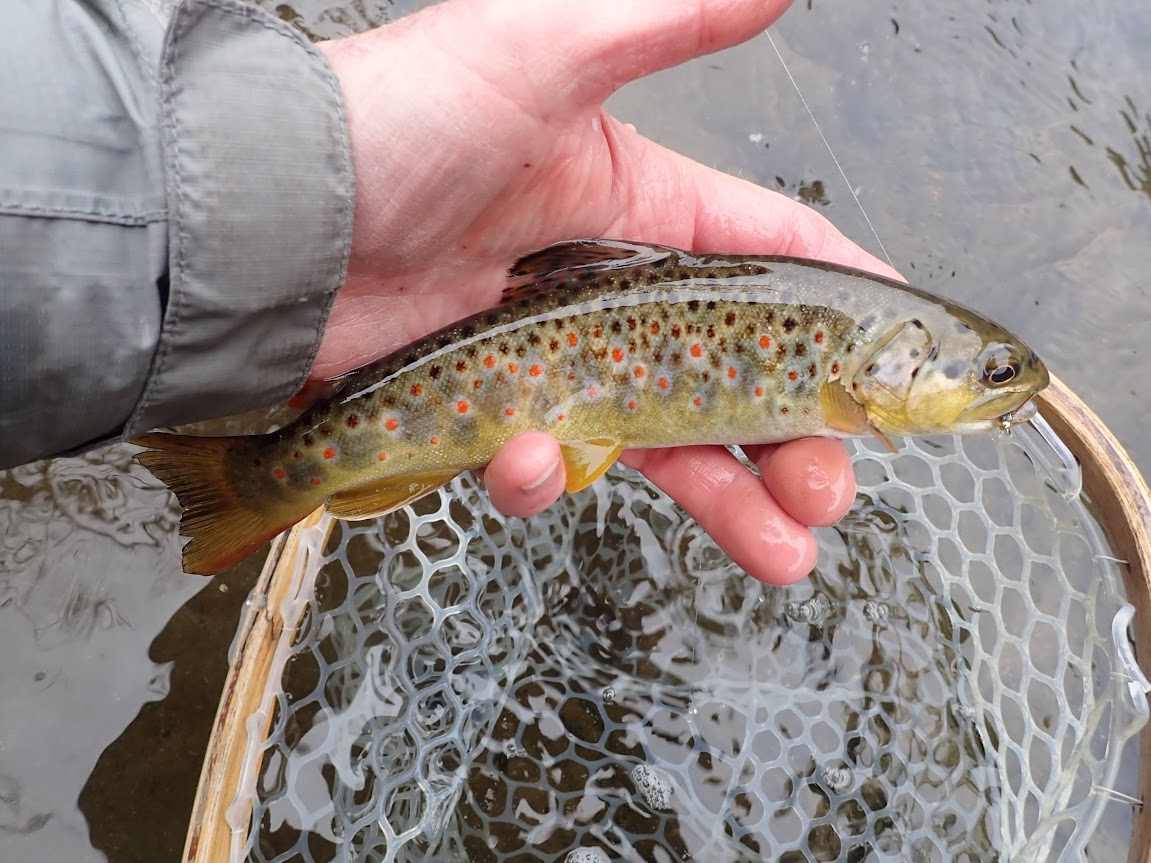 After I increased the fish count from five to nine, I began to notice very spaced out and sporadic rises as well as some small blue winged olives, as they floated skyward after their emergence. I decided to forsake the salvation and replaced it with a sparkle wing RS2. During the last hour I netted four additional trout with the hares ear responsible for half and the sparkle wing RS2 the object of desire for the remainder. All was not perfect during the dry/dropper phase, as several fish refused the large yellow fat Albert, but I learned to ignore these picky eaters, and if I managed nice drifts through deep pockets and runs, I was rewarded with subsurface eats. 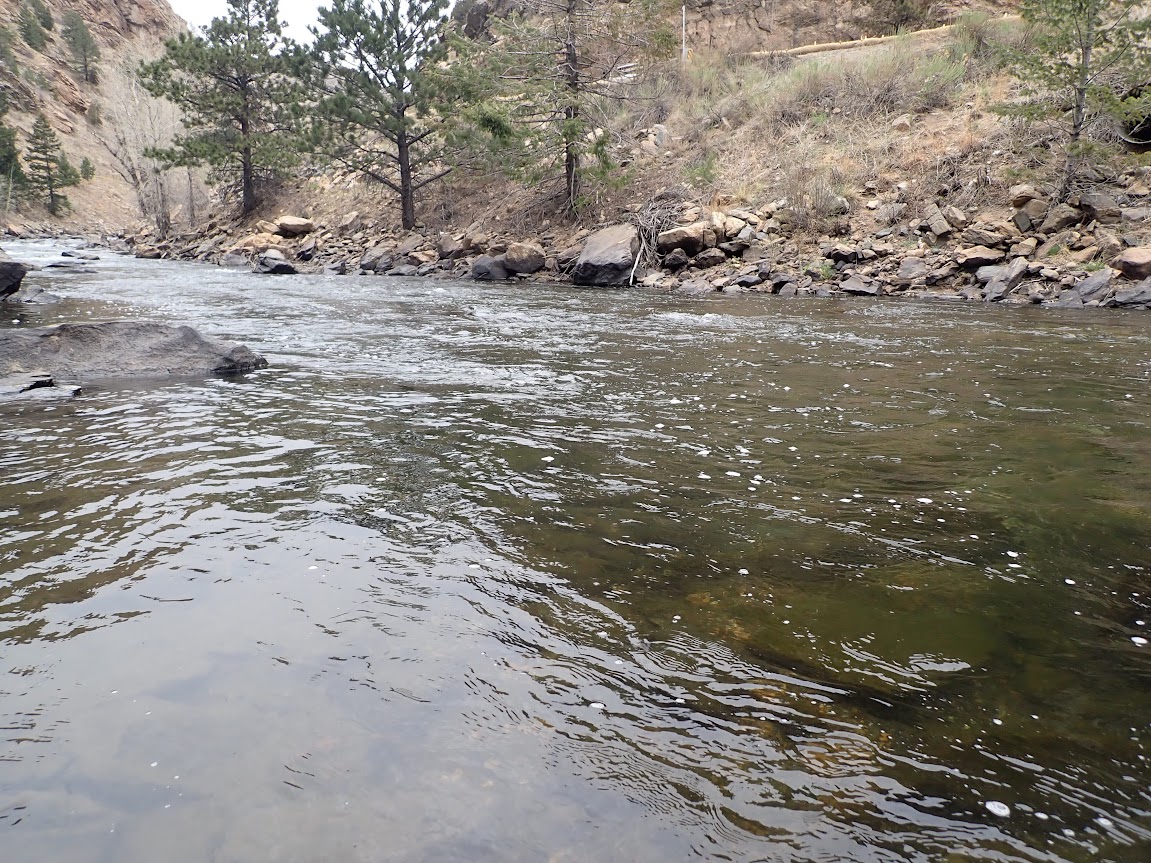 My last minute decision to abandon the pickleball courts in favor of a trout stream proved to be productive. Thirteen fish in four hours represents a decent catch rate, but as usual the size of the trout was lacking. One or two of my catch may have stretched the tape to eleven inches, but they were mostly in the seven to ten inch range. I considered the outing a great success given the short drive and the cool windy conditions.