My last attempt to tie chubby Chernobyls was in March 2016, and I manufactured eight during my first attempt. I experimented with various body colors and foam colors, but my output lingered in my storage compartments largely unused until this past summer. My friend, Danny Ryan, is a huge proponent of the foam fly with obscenely large wings, and he was the impetus for my first foray into chubbyland.

On July 15, 2019 I resorted to a chubby Chernobyl with a tan ice dub body, and I was pleasantly surprised to stumble on to a hot fly. Unfortunately I lost the two flies that I made in 2016 on that day and the following, and the Steamboat Springs fly shop did not carry any with a comparable body color. Of course this dose of unplanned success caught my attention, so I resolved to tie an ample quantity for the 2020 season. 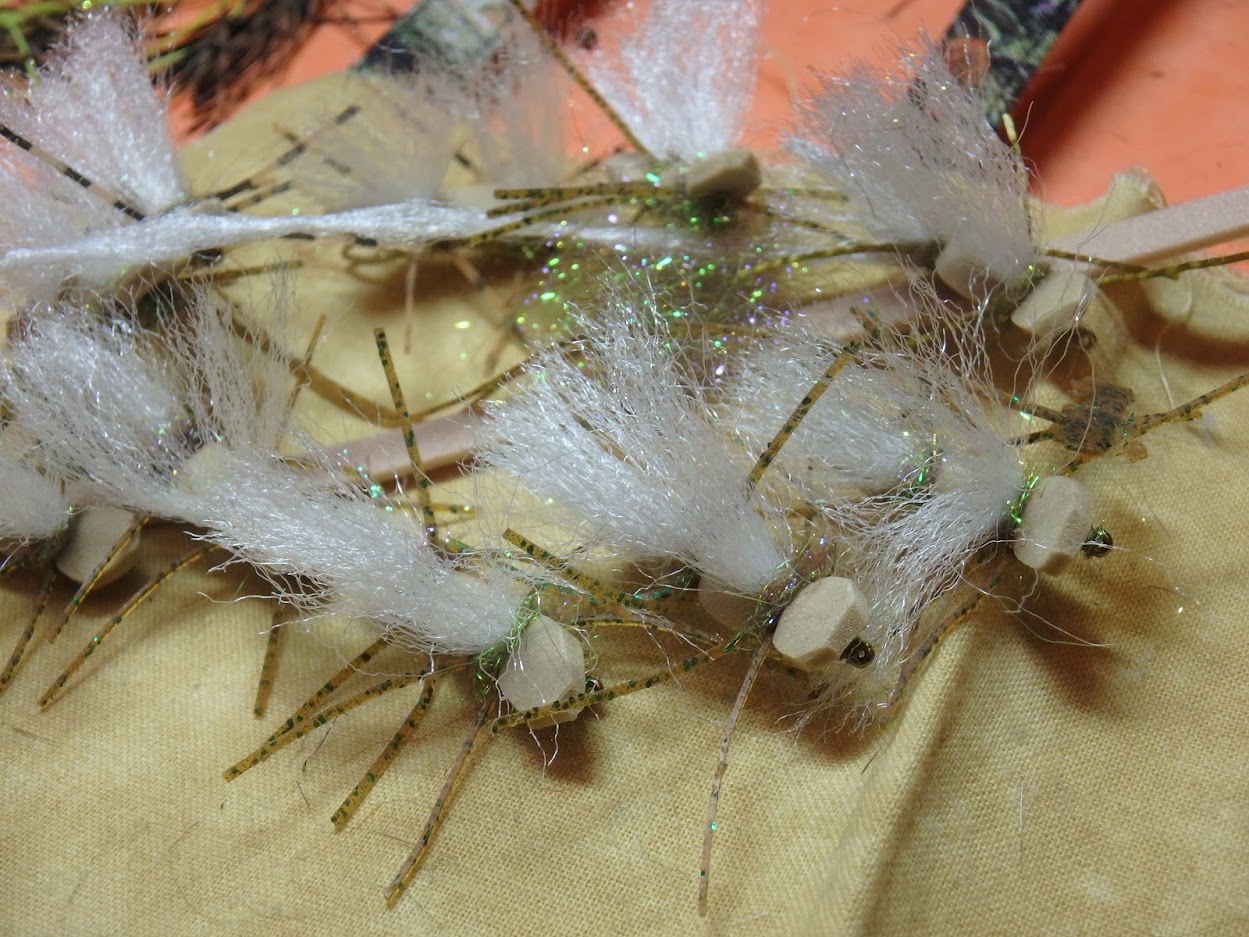 A Batch of Finished Chubbys

During previous tests of the large awkward foam chubby, I struggled with the large poly wing getting saturated with water. I was discouraged by the limp wing and the extra weight from the water that  it absorbed. I learned; however, from a guide to coat the wing and body with a generous amount of floatant paste, and once I applied this lesson, the wet wing problem seemed to disappear. During my July day on the Yampa I was mesmerized by the seductive disappearance of the large wing, when a trout snatched one of the trailing nymphs. Of course, the sight of a large fish rising to crush the visible foam attractor produced an even greater shot of exhilaration. Materials in This Shot

I settled into my fly tying space and produced ten chubby Chernobyls for the new season. Five were tied with an olive-brown ice dub body, two displayed a peacock ice dub underbody. two were yellow, and one was gray. Surely these flies will dwell on the end of my line more than the previous batch, and hopefully the trout will vote in favor of their availability.