On Thursday we were met with a bright and sunny day with temperatures in the eighties. Certainly this level of heat was making significant inroads on the thick snow fields in the Rocky Mountains. Or was it? Brush Creek was flowing very high, but clarity was decent, as the water was only slightly off colored. My host in Eagle, CO, Dave G., was confident that we could enjoy some success in spite of the elevated stream flow conditions.

In order to minimize walking excessively in the mountain heat, Dave G. and I utilized a shuttle, so I parked the Santa Fe at our estimated end point, and then Dave G. drove us to our start, where Sylvan Lake Road crossed over Brush Creek near U.S. 6. In total we fished for three hours, and we advanced very quickly, as we searched for soft water along the bank, where trout could hold without expending excessive energy. With two anglers alternating between limited holding spots, we covered a lot of water. Wading was another adverse proposition, as the strong current tight to the bank forced us to bash through thick bushes repeatedly. The land bordering the creek was a massive quagmire due to the recent flooding from run off. 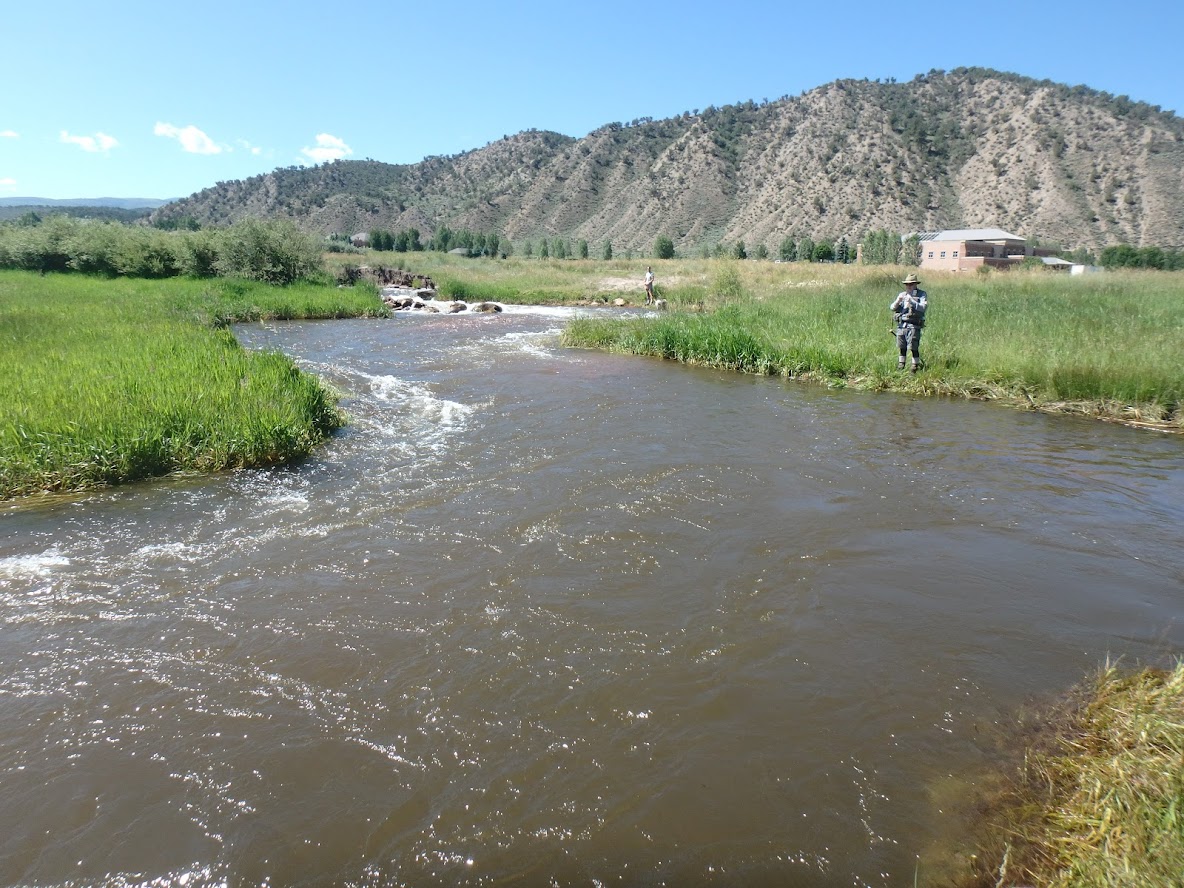 I began fishing with a yellow fat Albert and trailed a 20 incher. The fish did not respond, so I added a go2 caddis pupa, as I approached a very attractive and wide shelf pool. This spot was perhaps the most appealing of our day on Brush Creek. As I added the go2 caddis to my line, Dave G. landed a small rainbow trout on a purple San Juan worm. On my fifth cast to the pool, I snagged bottom, and in an effort to save my flies, I walked directly upstream and applied direct pressure. Pop. All three flies broke off, where the eye of the fat Albert hook was knotted to the tippet. 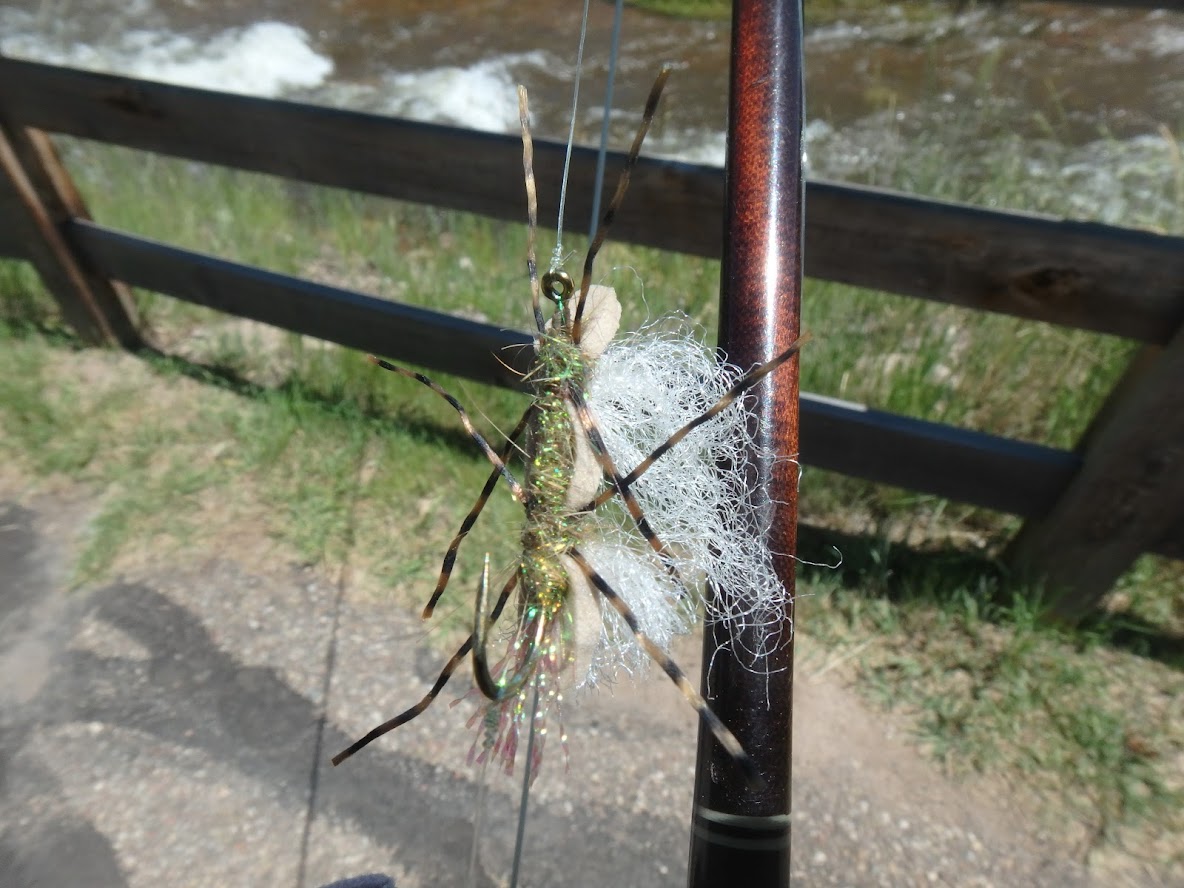 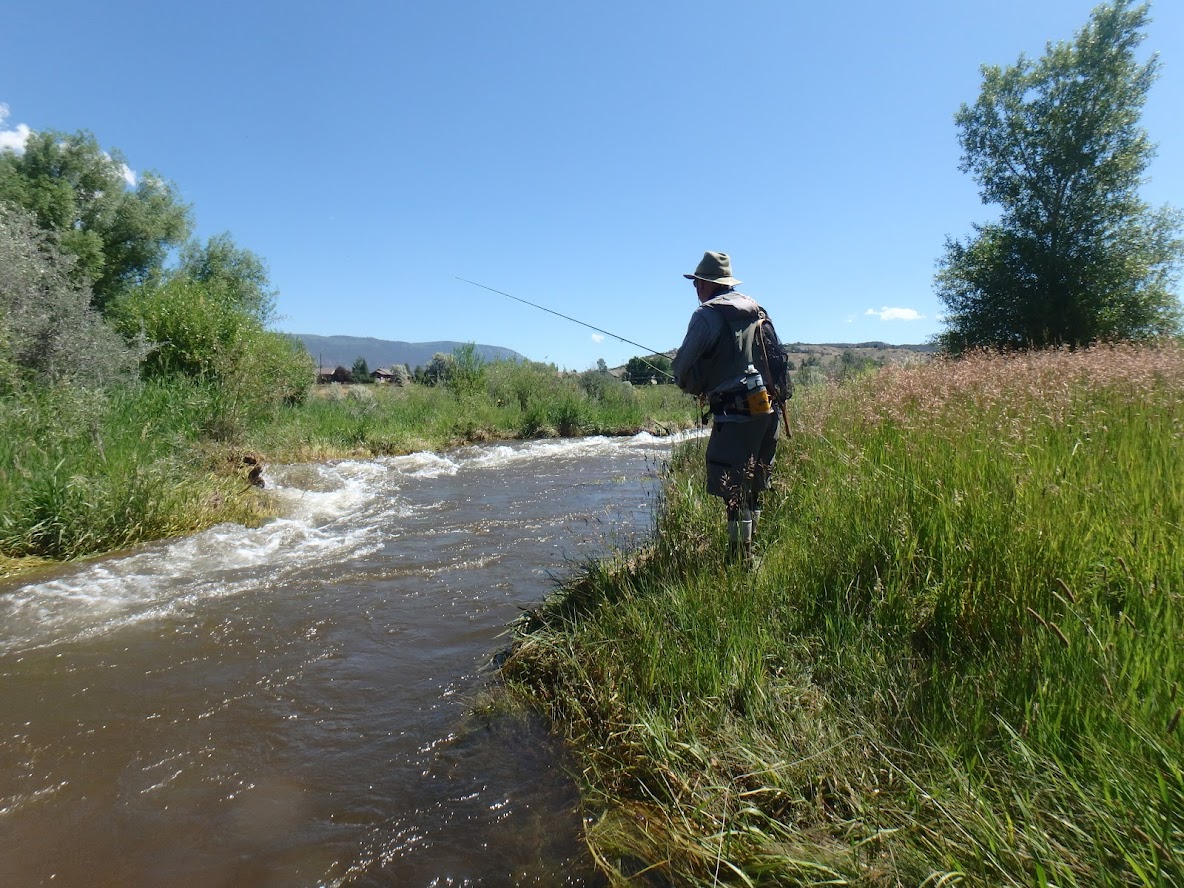 Dave G. Gives It a Test

Not wishing to lose more prime flies to marginal conditions, I rigged with what I perceived to be secondary imitations from my box. These were seldom used flies that would yield less pain in the event of another unfortunate loss. I tied on a chubby Chernobyl with a tan ice dub body as my top indicator fly and added a flashback peacock dubbed stonefly below it. On the end behind the stonefly I knotted an emerald caddis pupa. I stuck with the Chernobyl and stonefly for the remainder of my time and rotated the end fly from the caddis pupa to a copper john. 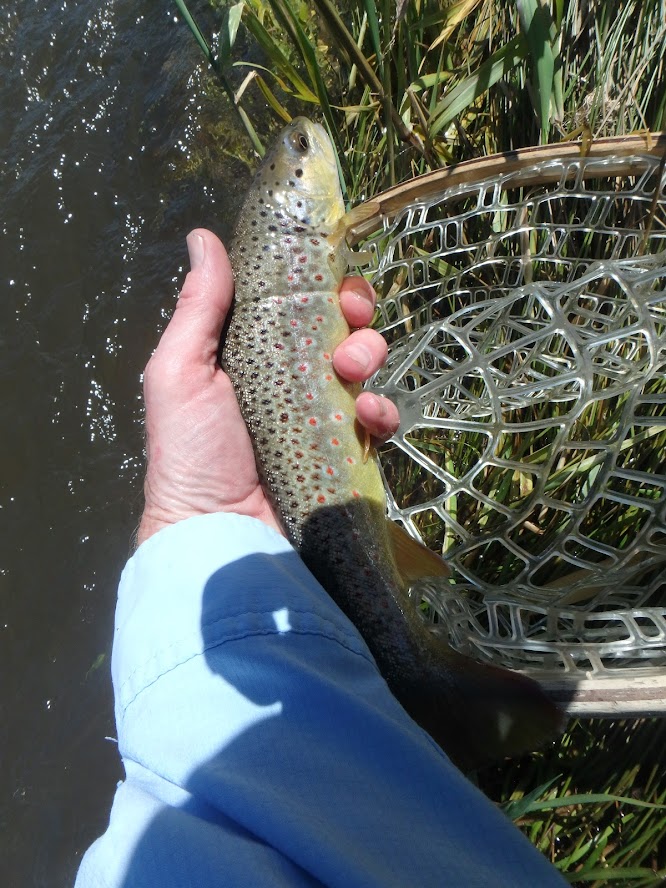 My Only Landed Trout

Half way through my three hours on the stream, I tossed the three flies tight to the bank beneath an inside bend and the Chernobyl dipped. The erratic movement caused me to set the hook, and after a brief tussle I guided a twelve inch brown trout with a peacock stonefly in its mouth into my net. That was the extent of my action on Brush Creek on Thursday, but I was very thankful to avoid yet another 2019 skunking.