The story of March 20th actually began with my birthday, sort of. I came down with food poisoning and pretty much shared my birthday with the bathroom and bed for an entire day. Consequently I missed the Runnin’ of the Green, a 7K St. Patrick’s Day road race that I’ve participated in for the last four years. Our friends Allan and Beatriz, who live in Houston, TX were arriving in Denver on Sunday, and we made plans to meet them for brunch once I returned from the race. Finally Jane was planning to prepare salmon wrapped in pancetta and grilled on a skewer for my Sunday birthday dinner. I missed it all.

I also knew my friend John Broadbent was in town the week of March 17, and we made plans to go skiing during his last one week stay during the ski season, so as I suffered with my illness, I worried that I’d miss the opportunity to spend a day with John on the slopes. My recovery was not an even, positive sloping trend line, and I continued to fret about whether I’d recover enough to join Allan and Beatriz and John for a day of spring skiing. Even when feeling 100%, skiing difficult terrain at altitude in frigid temperatures is a physically taxing prospect.

I felt much improved by Wednesday evening, so I made the decision to make the trip on Thursday, March 20. Jane had already cleared Thursday as a vacation day, so I contacted John, and he volunteered to meet us at our house at 7:30. Allan actually called me, and we arranged to meet at the Peak 8 lodge at 10AM. I was now committed, so hopefully my body would cooperate. 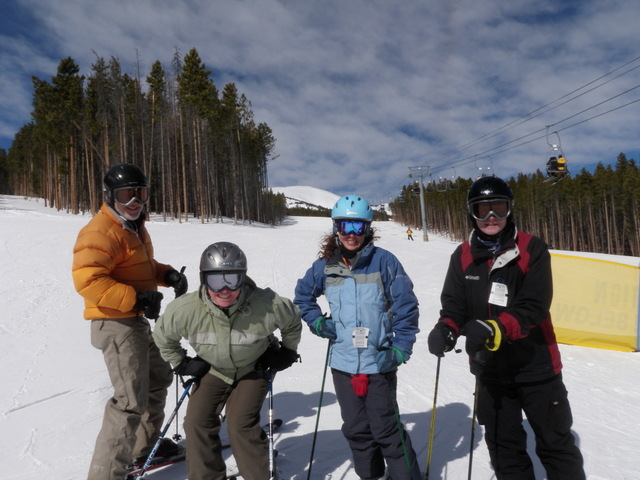 The Whole Crowd Except Dave

As it turned out, I made a solid decision. The weather cooperated and we enjoyed blue skies and sunshine, although the air temperature remained in the thirties thus avoiding slushy snow conditions, yet allowing reasonably comfortable air temperatures despite some ever-present wind. Jane and I had a great time skiing all the peaks of Breckenridge with several of our best friends. A highlight of the day occurred during the afternoon when we ventured up to the new Peak 6 area and had a blast swooping down the moderately moguled bowl from the top of the six person chairlift. Jane and I both resolved to return to Peak 6 before the season ends to build on our small sampling of new terrain. 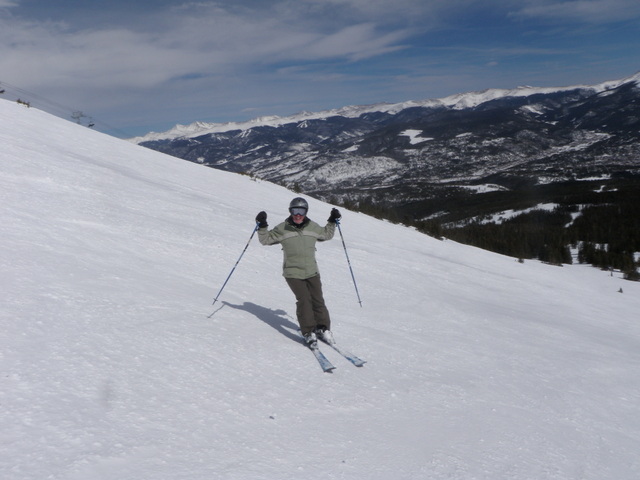 Allan and Bea treated us to a satisfying lunch in their ski in/ski out condo near the Quicksilver lift, and for apres ski we reciprocated by serving them with some tasty vanilla porter draft beers. It was a fun day, and we were all in the mood for celebrating. My birthday travails are quickly fading into a forgotten memory. 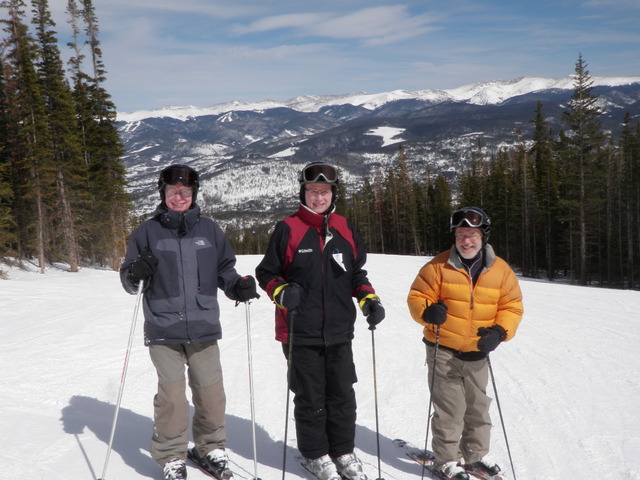