I rested for nearly three weeks after my ablation procedure on November 17, but a forecast of high temperatures in the low sixties prompted me to end my fly fishing hiatus. I packed my fishing gear and made the short drive to Boulder Creek within the City of Boulder. A two hour stay while temperatures were at their peak did not merit a long trip. My goal was to land one trout to satisfy the accomplishment of netting at least one trout in every month of 2020. 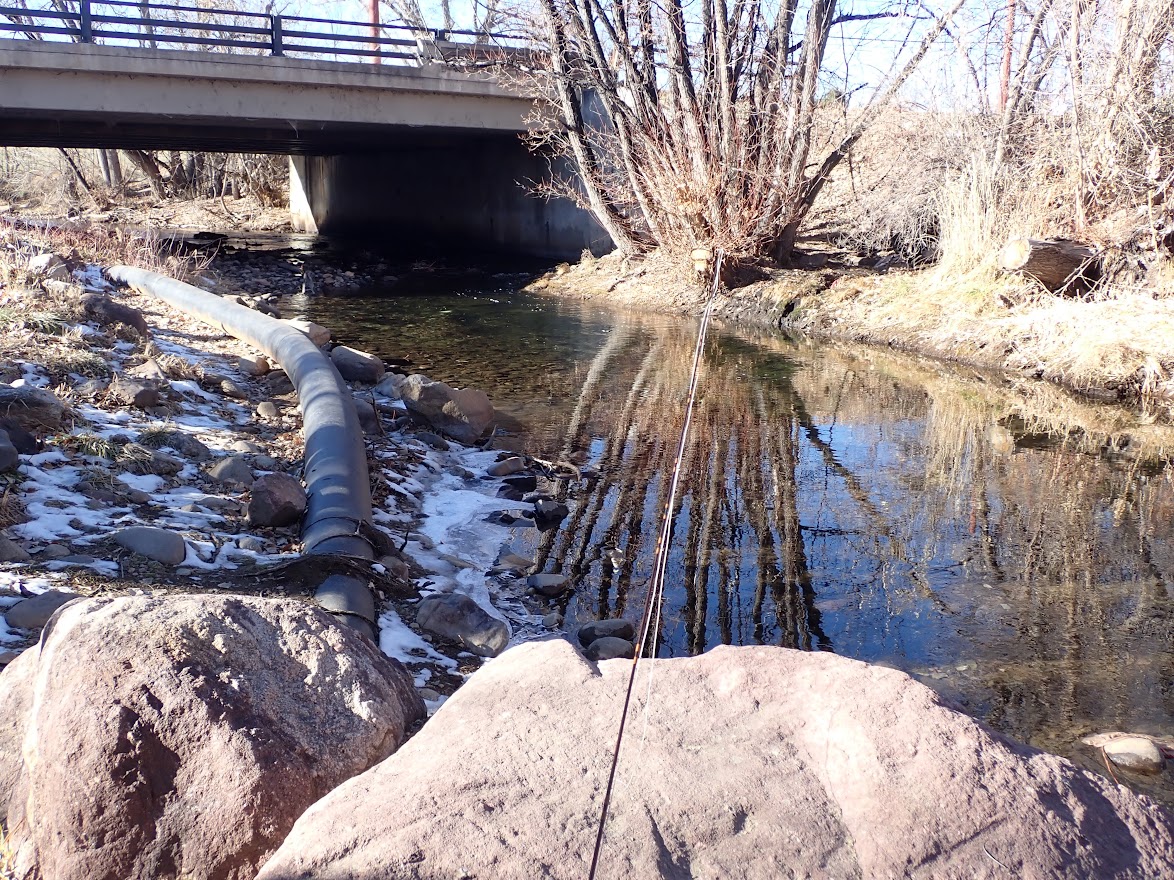 Nice Pool, but No Luck

I arrived at the stream by 12:30, and by the time I pulled on my waders and rigged my Orvis Access four weight and ambled to the stream, my watch displayed 1:00PM. I knotted a peacock hippie stomper to my line and then suspended an ultra zug bug and beadhead hares ear below the foam dry fly. Over the course of two hours on the low and placid creek I made two modifications. The first change involved lengthening the dropper from the hippie stomper to accommodate a deeper drift. The second modification featured replacing the ultra zug bug with a super nova baetis. 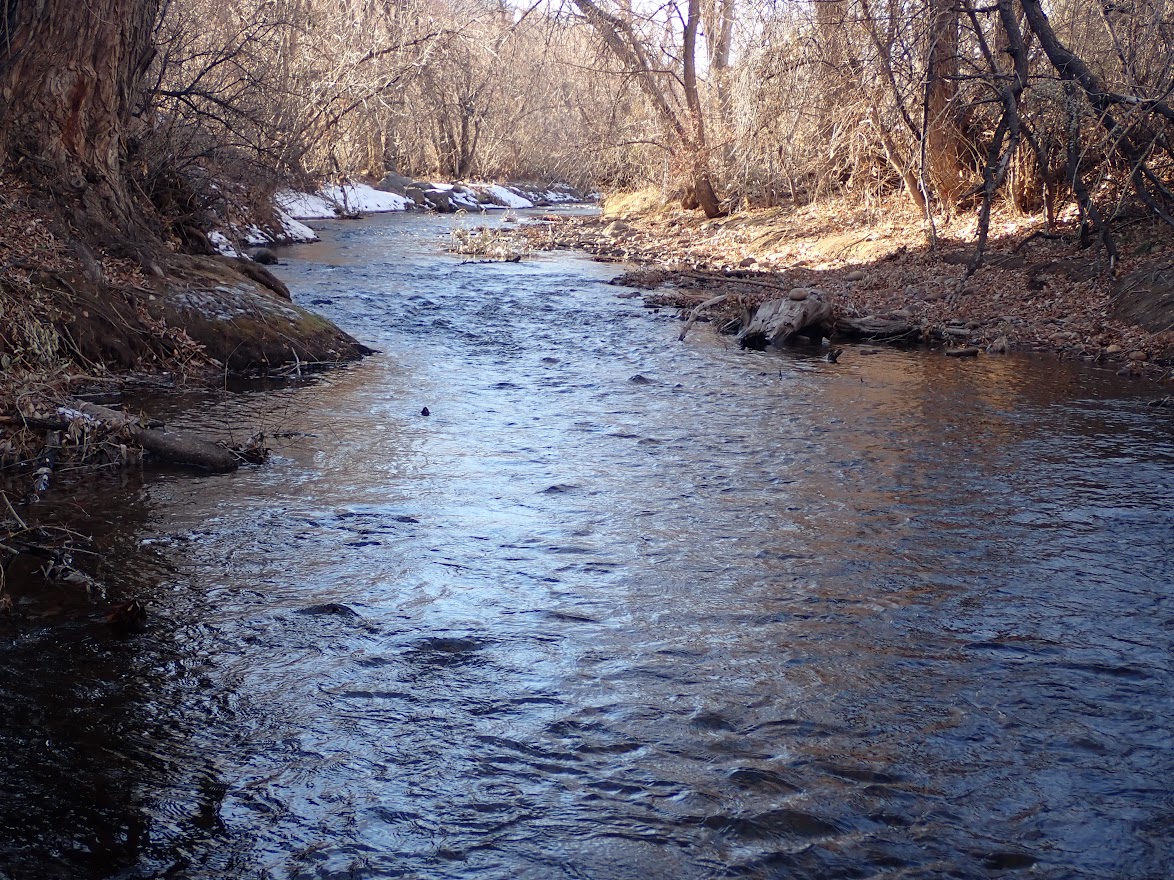 Moderate Riffle Did Not Produce

None of these adjustments yielded the result that I was seeking, and I ended my trip with a fish count of zero, and I was prevented from landing one trout in each month of the year. The best I could muster was a refusal to the hippie stomper next to a large bankside boulder. I flicked another cast above the point of refusal, and the surface fly paused which provoked a sudden hook set. Alas I was connected to a fish for a very brief moment, before it shed the super nova baetis. Some mild temperatures are projected for the upcoming days, so perhaps I will launch another effort for the elusive December trout.