A forecast high of 65 degrees in Denver kindled thoughts of fly fishing in spring-like conditions on February 1, so I made plans to take advantage of a freakishly warm day in winter. I contacted my friend, Trevor (@rockymtnangler), and he decided to join me on Boulder Creek. The weather report included the word breezy, and we were reminded of this major hindrance to our fishing, when we approached the creek at 11AM. Strong gusts of wind blasted down the creek throughout our time on the stream, and it was a major deterrent to our enjoyment of the unseasonably warm day.

Trevor and I hiked for twenty minutes from our meeting point, and this placed us on a section of the creek, that neither of us had ever fished previously. We both began with dry/dropper rigs, and I personally started with a tan ice dub chubby Chernobyl and a Pat’s rubber legs. Over the course of the day I retained the chubby Chernobyl, but I rotated the dropper flies among a hares ear nymph, ultra zug bug, emerald caddis pupa, sparkle wing RS2, and iron sally. The hares ear occupied the bottom position of my line for the bulk of the three hours spent on the stream. 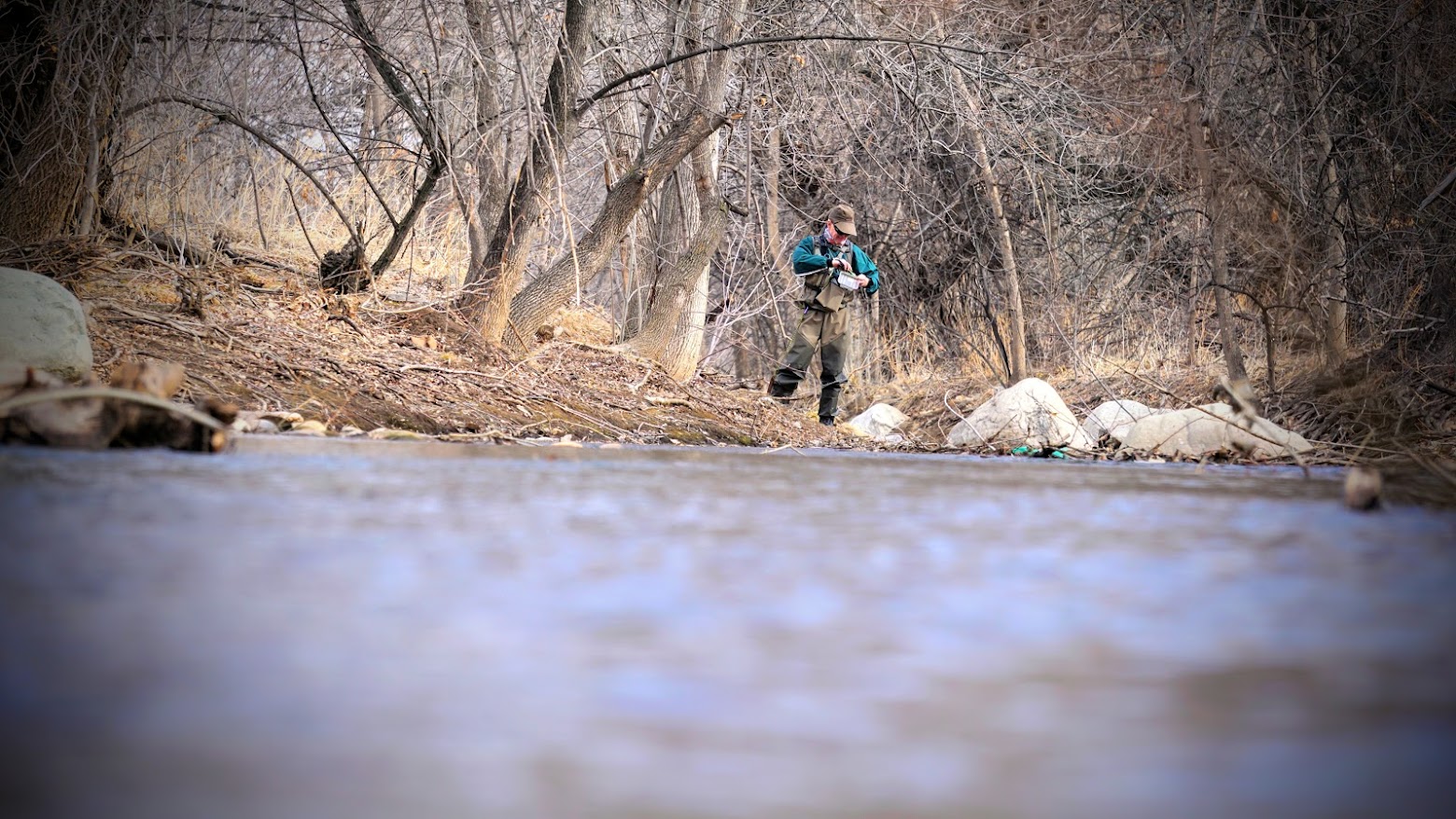 During my time on the water I added two trout to my cumulative fish count. The first was a ten inch brown trout that wriggled free from my line, just as I lifted it above the creek and toward my net. I suspect that it gobbled the ultra zug bug. The second trout was a small but stunning rainbow trout that barely exceeded my six inch minimum. It nipped the hares ear nymph. In addition I registered three interactions with trout in the form of two brief hook ups and a foul hooked brown trout. The ten inch brown refused the chubby Chernobyl, but I reacted to the surface disturbance and dragged the trailing iron sally into the unfortunate victim.

Trevor enjoyed greater success, and we concluded that his tungsten bead nymph dove more quickly to the stream bottom and tumbled along within the feeding zone for greater distances than my droppers. We both agreed that the featured productive lies on the windy first day of February were deep slower moving sections that bordered banks or faster current. These are typical favorite winter holding locations, as the trout need to conserve energy while picking off food, albeit at a reduced rate compared to warmer seasons. Trevor utilized a size 16 nymph that was tan in color with an over-sized bead and bits of flash throughout the body. I characterized it as an attractor nymph, and perhaps I should have tested a salvation or similar nymph that possessed more flash. 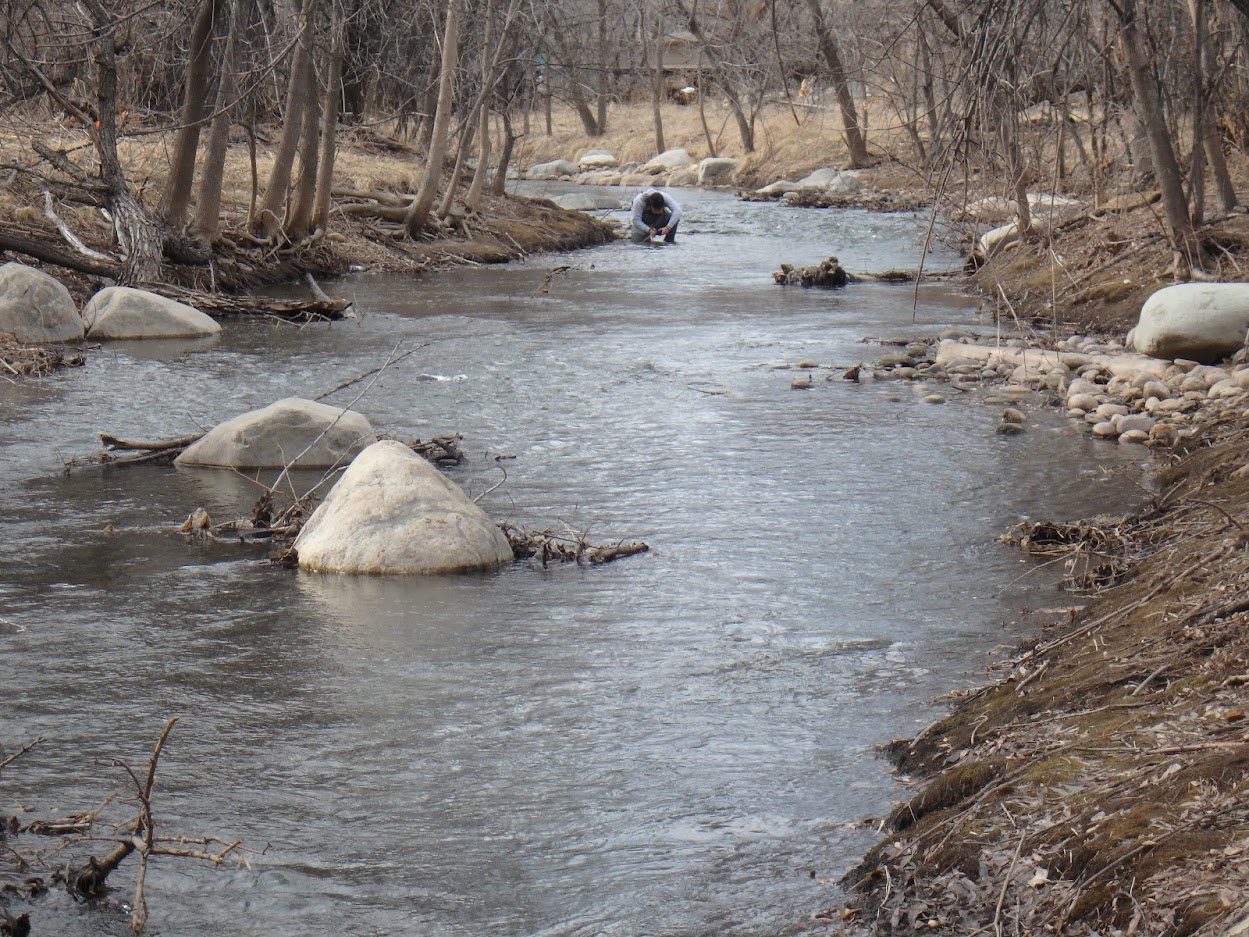 In spite of the slow catch rate and the exasperating wind, I enjoyed my day on Boulder Creek with Trevor. We caught up on our lives, and even a slow day with mild weather in February is better than being cooped up inside under more typically wintry conditions. Hopefully February will offer several more above average temperature days that lure me to local streams.