When I first moved to Colorado this fly was my dominant producer. I fished frequently in the South Platte River below Deckers, CO because of the proximity to my home and the great fishery that existed there prior to the Heyman Fire. Drifting a nymphing rig with a strike indicator, a split shot or two, a pink San Juan worm and a beadhead pheasant tail was money in the bank just about any time of year. However during the pale morning dun hatch time period of mid-June to mid-July, the pheasant tail nymph was unsurpassed. 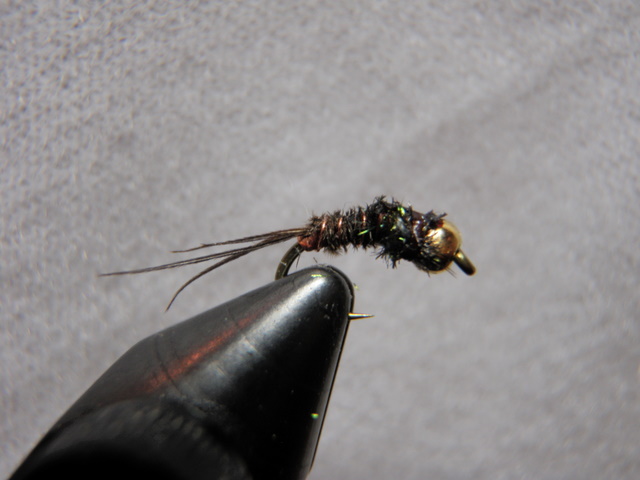 I can remember days fishing with my friend Dave Gaboury where every upstream cast produced a hit on the beadhead pheasant tail before, during and after a PMD hatch. In one instance, a strong hatch commenced and when fish began to rise to the surface, I switched to a PMD dry fly while Dave G. continued with his nymph system. Dave G. totally outfished me with the nymphs compared to my dry fly. 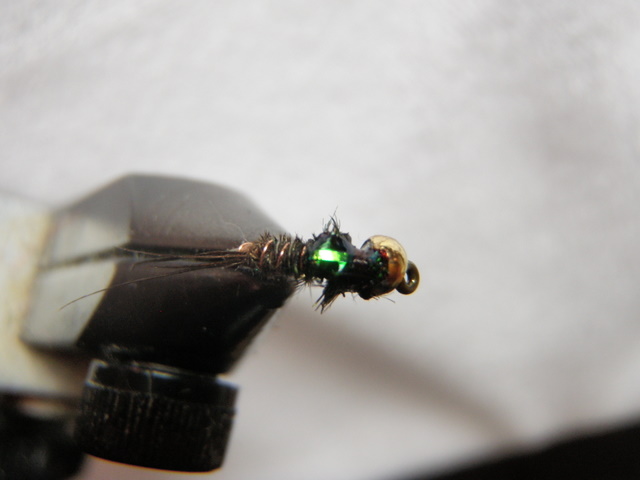 Over time I’ve modifed the standard pheasant tail by adding a gold bead, tying on a curved scud hook, adding a strand of pearl flashabou to the wing case, and using peacock herl for the thorax instead of pheasant tail fibers. I needed 16 beadhead pheasant tails to replenish my inventory for 2012, and I can report that I am ready to go.