Many years ago I traveled to Pennsylvania and visited my family and while there made a trip to the Tulphehocken Creek in Berks County to fish for trout. I encountered a nice caddis hatch near Blue Marsh Dam, but I was unable to consistently hook and land fish despite fairly heavy surface feeding. On a subsequent trip I visited Tulpehocken Creek Outfitters in Reading, Pa., and a gentleman in the store sold me some small emerald and light yellow caddis pupa and adults. I experienced increased success on the Tulpehocken with these flies and subsequently tied some of my own. 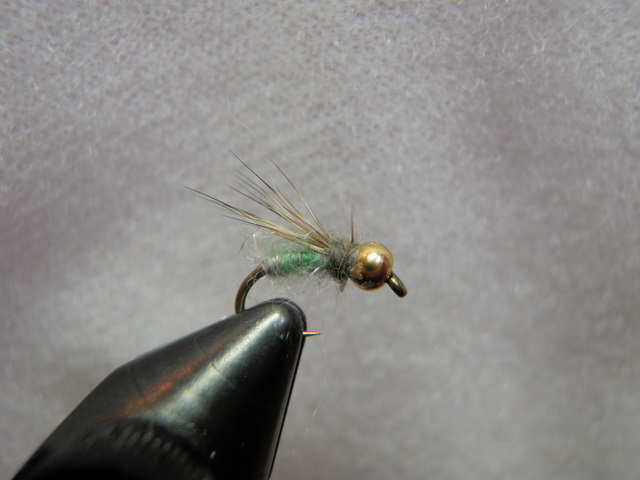 Around eight years ago I returned to Pa. for a college reunion and arrived early to do some fishing in Penns Creek with my friend Jeff Shafer. On an overcast Saturday morning Jeff introduced me to some new water near Coburn. We were having only a small amount of luck when I noticed some caddis dancing on the water. I managed to catch one and inspected its body and discovered a dark gray color with a hint of emerald at the tip of the abdomen. I decided to tie an emerald green caddis pupa to my line and managed to catch several nice fish after this change. 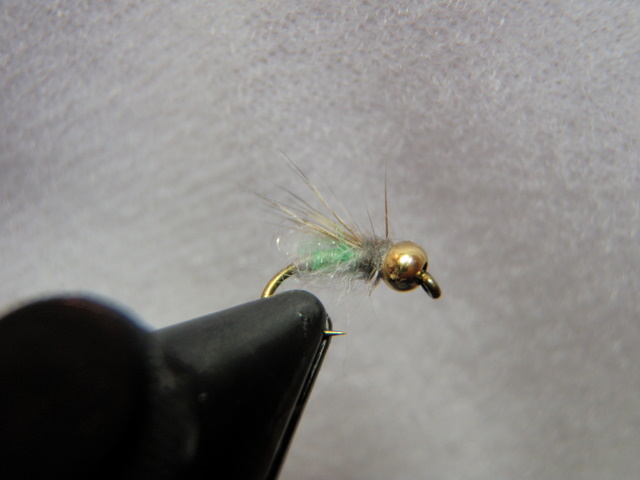 Based on this success in Pennsylvania, I began to experiment with the emerald caddis on Colorado Rivers, and I’ve discovered that the fish in the west like them just as much as the eastern fish. I planned to have 25 emerald caddis entering the 2012 season so I tied 13 fresh versions to rebuild my inventory.