Upon finishing the salvation nymph supply, I reviewed my fly tying to do list and noticed that the next patterns were RS2’s and soft hackle emergers. These are both very productive flies in Colorado during the spring and fall BWO hatches. I’ve had days when trout tune into these subsurface imitations like kids tune into candy on Halloween night. I can recall several occasions when I spotted only a handful of adults in the air, but the fish hammered subsurface nymphs and emergers. Apparently the nymphs get active but do not always emerge on the surface, and the fish notice this. 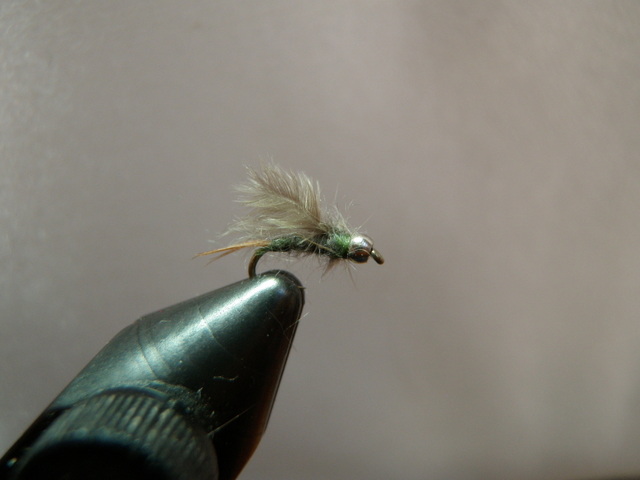 The RS2 has historically been my most productive baetis nymph imitation, and I’ve gradually evolved to tying all of them with a tiny nickel bead behind the eye. This added weight allows me to fish the RS2 as a single dropper beneath a buoyant attractor, although I sometimes fish it as a third fly on the point with a larger beadhead nymph in the middle position. There are also many times when the dry/dropper does not produce, but fishing a deeper nymph rig with a strike indicator does the trick. The RS2 is also productive in these instances as the point fly. I suspect this method excels when the nymphs are swimming up from deeper in the water column. 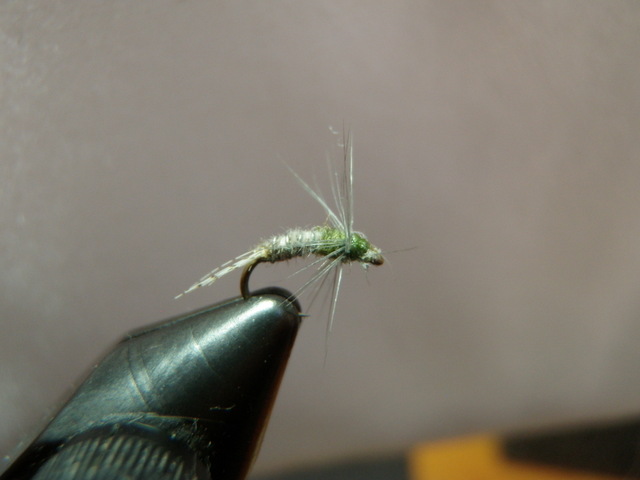 Once I completed the 15 RS2’s according to my plan, I found another ten that were in my refurbishment supply, and I made them as good as new. In addition, I retrieved 9 teal baetis nymphs and 8 WD40’s and refurbished them as well. These two patterns also imitate BWO nymphs, and I’ve had occasional success with them. The WD40’s present a very narrow profile and seem to produce best when extremely tiny mayflies are visible in the air. 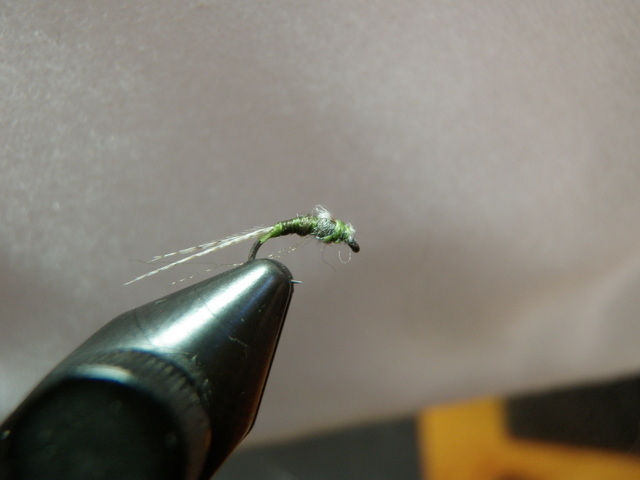 The final pattern that I tied in this BWO genre was the soft hackle emerger. This pattern caught my eye when I spotted it in Charlie’s Flybox, and I made a few two winters ago and then experimented with them successfully during the summer of 2012. Given this success I stocked up on more for 2013, and they became much more of a mainstay on my line. In fact, I began going to the soft hackle emerger before the RS2 in many situations, and I was not disappointed. After tying nine additional soft hackle emergers, I enter 2014 with 50 at my disposal. This is indicative of my confidence in this new addition to my arsenal. 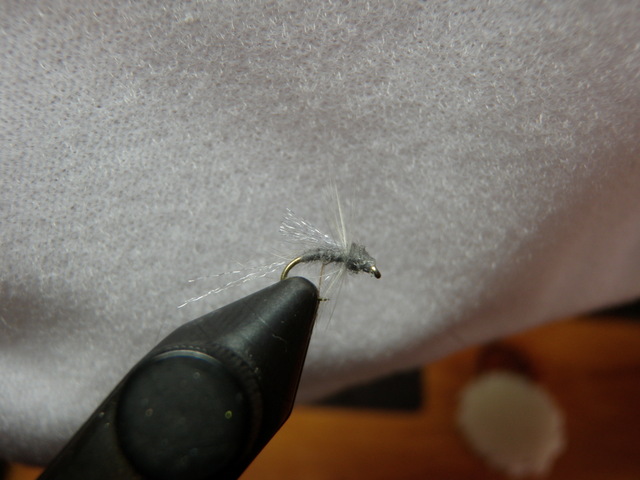 Another View of the BWO Soft Hackle Emerger