Location: Dock at the north end of the lake.

After our hike to Skinny Fish Lake Jane and I returned to the North Fork Campground to rest and change out of our hiking clothes. Before we departed from Denver, I noticed that Avery Lake was stocked by the CO DOW, and I mentioned this to Jane. Being the considerate wife that she is and knowing that I failed to land a fish at Skinny Fish Lake, she suggested that we drive west to Avery Lake. I drove by the sign to Avery on many previous trips, but never made the turn to explore the area, so I agree to the late afternoon side trip.

Jane packed her chair and book, and we made the twelve mile drive to Buford and then slightly beyond, where we turned on to a gravel road and crested a ridge. After maneuvering around a sharp turn, we reached a wide open meadow populated with a number of RV’s. The closest RV was surrounded by a dense flock of sheep, and we were baffled over what this human and sheep rendezvous was all about. A sign identified the area as a campground, but the campsites lacked picnic tables or fire pits, and a solitary pit toilet was available for the campers. We removed the Avery Lake Campground from future camping consideration. 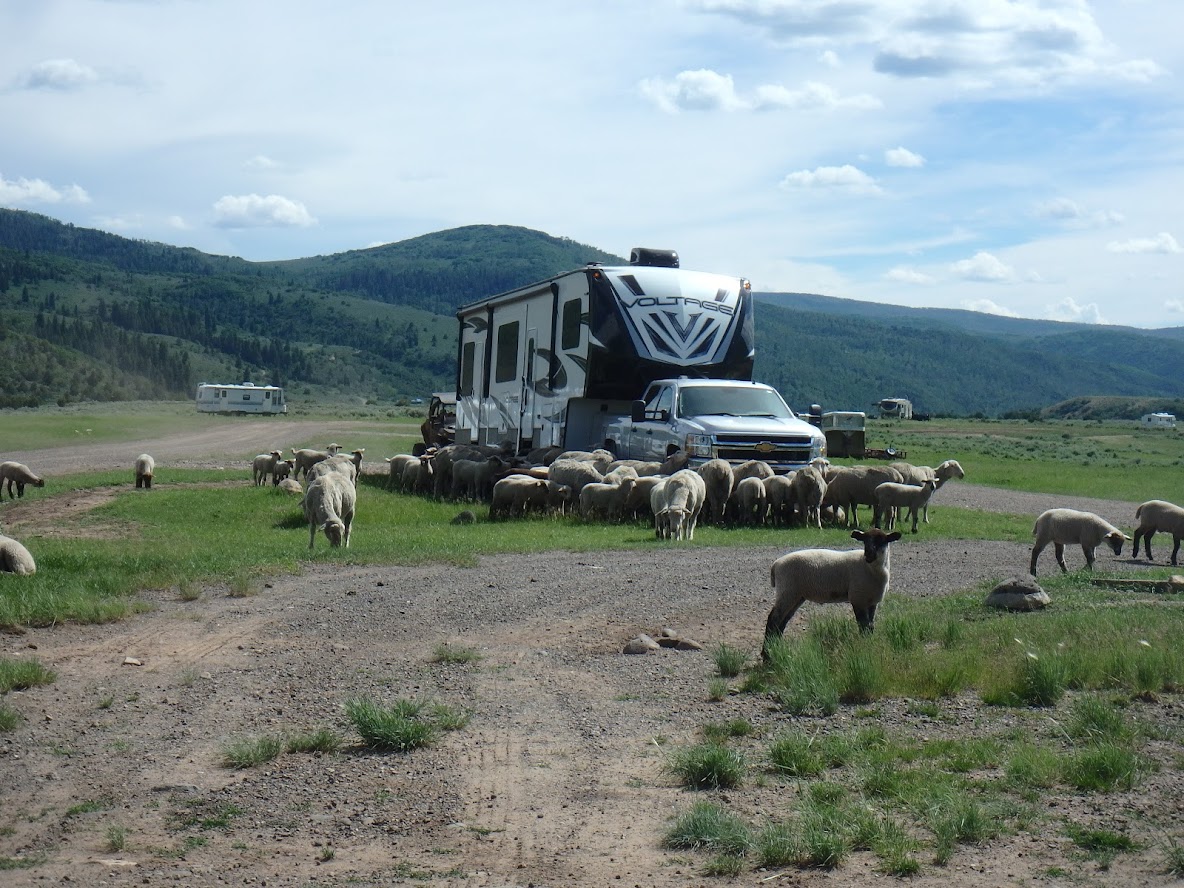 How Do These Sheep Afford a RV?

We continued down a gradual hill that skirted the eastern shoreline of the lake, until we arrived at a turnaround, and we parallel parked next to some large bushes. Jane jumped out of the car and got comfortable in her chair, while I geared up with my Sage four weight. A RV was parked southeast of the Santa Fe, and the owners were running a generator. The constant din detracted from the ambiance of the setting. When I was ready, I strolled down the dirt road to a wooden dock that extended into the lake. Quite a few preteens were swimming and paddle boarding near the dock, so I strolled south along the shoreline and found a small indentation, where I knotted the black woolly bugger and wiggle damsel to my line. 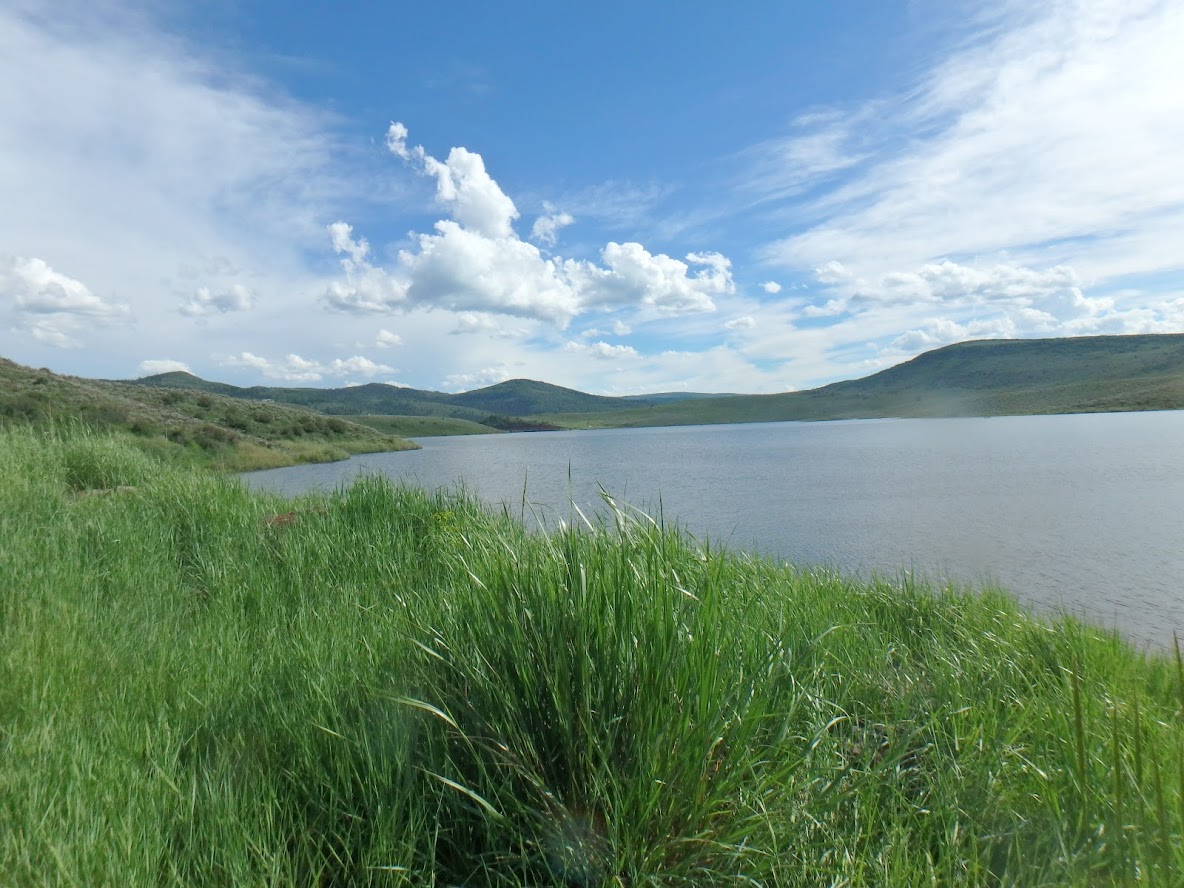 For the first twenty minutes I moved southward along the edge of the lake and sprayed forty foot casts at regular intervals, but I was unable to move a single fish. A couple families continued to splash and play in the vicinity of the dock, but I spotted a few rises in the calm cove on the north side, so I wandered through the group and fished to the sporadic feeders. Initially I tried the streamers, but those offerings were ignored. I switched to a parachute Adams and cast it for ten minutes, and again the fish showed no interest.

In a last ditch effort I swapped the Adams for a size 18 parachute black ant, and I managed to generate a swirl, as I picked up the terrestrial to make another cast. That was the extent of my action on Avery Lake. By 5PM I was burned out on fruitless casting and dismayed by the Avery Lake atmosphere, so I returned to the car, and we hastened back to the campground for happy hour. While I was fishing, a pair of dirt bike riders arrived, and the smell of their gasoline/oil mix fuel combined with the constantly humming generator was making me nauseous.

I allocated another thirty minutes to lake fishing on Monday afternoon, and unlike Skinny Fish Lake, I did manage to spot feeding fish. But the inability to catch fish, the distraction of the swimmers, and the noise pollution of the generator and dirt bikes encouraged Jane and I to seek the calm and quiet atmosphere that existed at our campsite.