Tuesday, July 12, was the second day of my scheduled guided float trips with my friend, Dave G. Originally Dave G. and I were convinced that we would be drifting the middle section of the Colorado River; however, the water managers were holding back water in Dillon and Green Mountain Reservoirs, and this action in turn caused the Colorado River flows to shrink to the 600 CFS range. With high daytime temperatures across Colorado in the eighties, there was not enough volume to buffer the river from the heat, and afternoon temperatures climbed to unsafe levels for catching and handling fish. 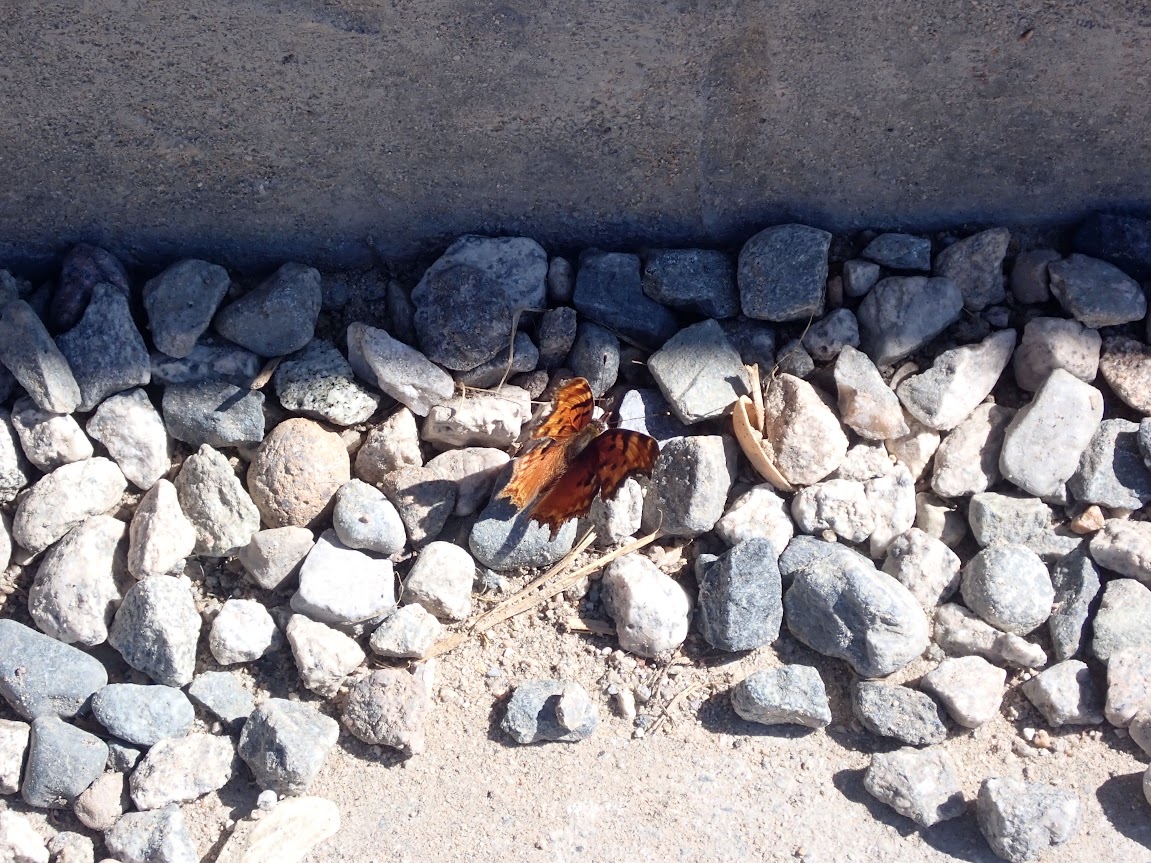 Butterfly at Our Launch Point

Our guide, Reed, proposed altering our plans to float the upper Roaring Fork River or the Arkansas River. I had a doctor’s appointment on Wednesday morning, so I opted for the Arkansas River, as it posed fewer logistical problems for returning to Denver on Tuesday night after the float. Dave G. and I met Reed at a parking lot in Buena Vista, and he transported us the remainder of the way to our launch point. 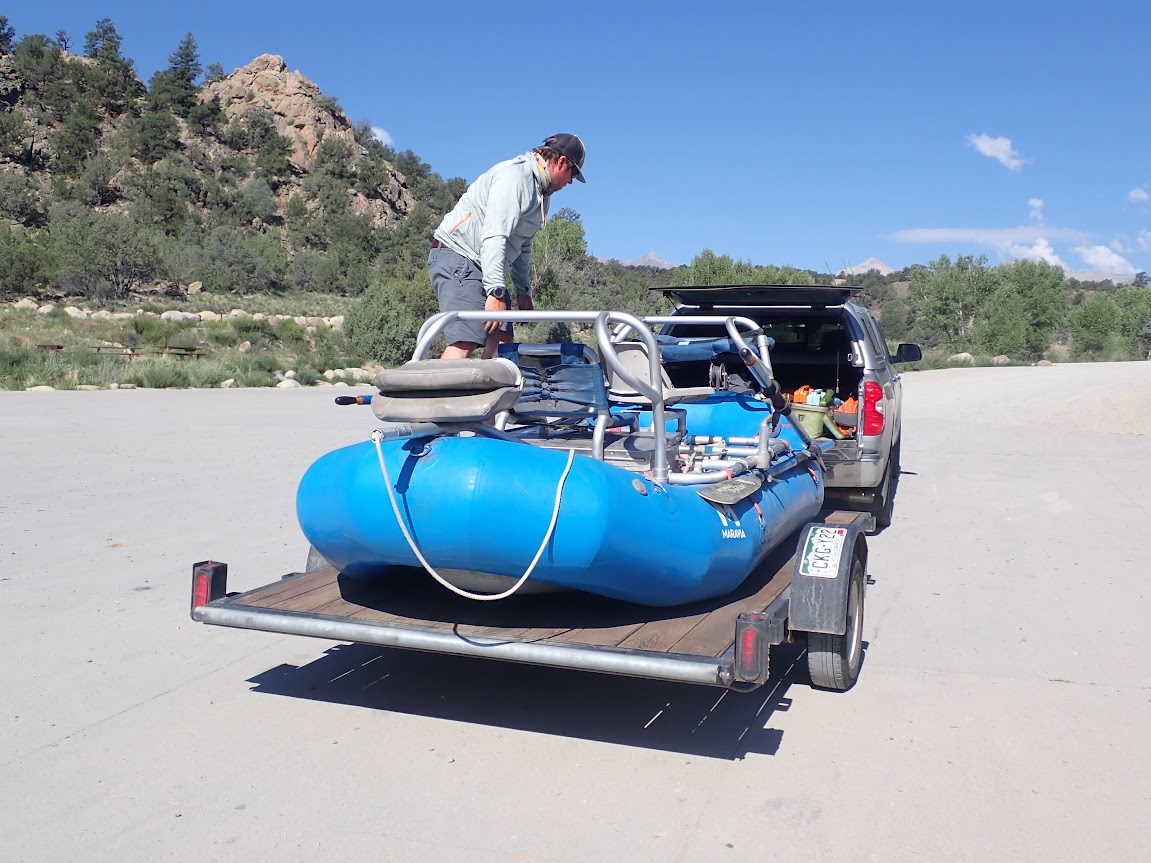 Reed Prepares for a Float Trip

The Arkansas River flows were in the 700 CFS range and very clear. The natural volume of water was being augmented by releases from Twin Lakes to maintain favorable conditions for whitewater rafting and fishing. The high temperature on Tuesday was around eighty degrees, but decent cloud cover was present for most of our time on the river, and two brief thunderstorms cooled things down considerably. 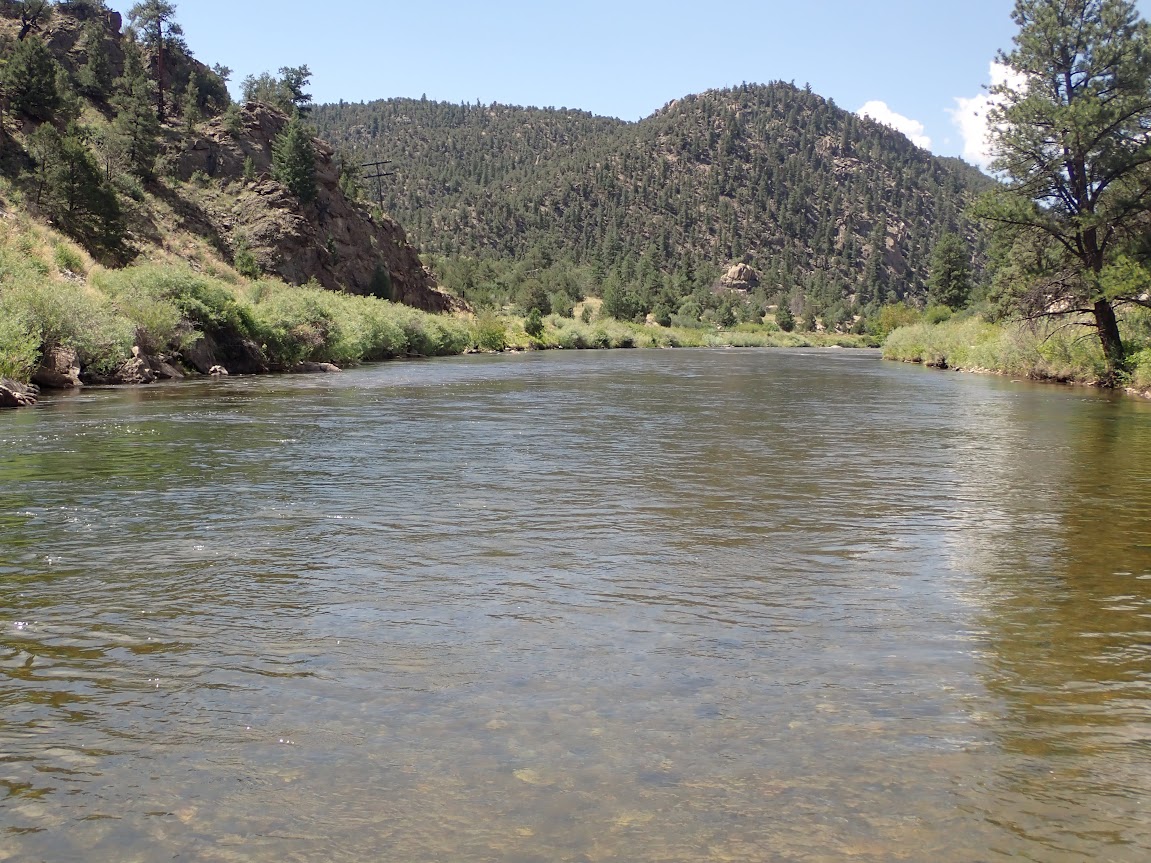 I manned the forward position in the raft during the morning and then switched to the back at 1:00PM, and then I switched back to the front for the final thirty minutes of our float. While I was in the front position, I fished a double dry that consisted of a tan size 12 parachute dry fly along with a rusty pale morning dun dry, and I built the fish count to eight by the time we switched positions. The first five fish landed were decent brown trout that sipped the trailing PMD. 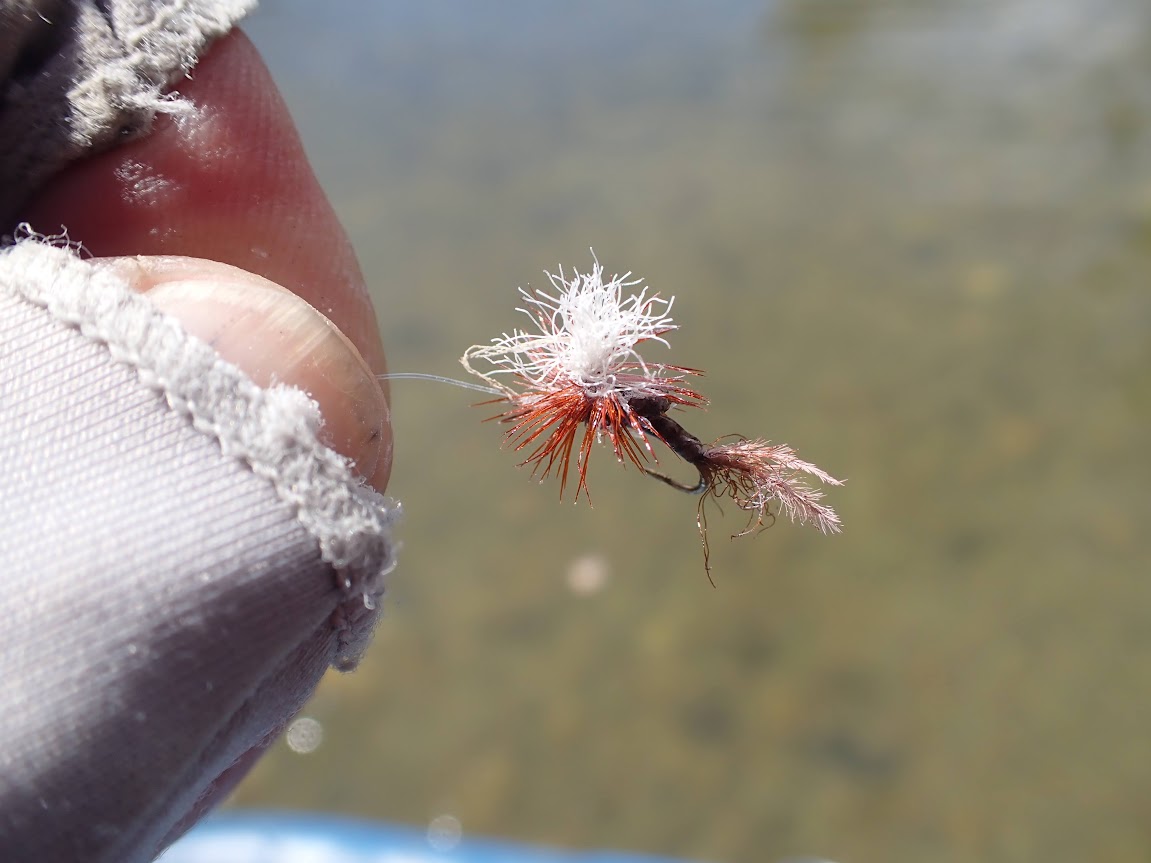 After our position change at 1PM I stuck with the double dry and elevated the fish count to twelve by 2:30. At 2:30PM Reed noticed a greater density of pale morning duns fluttering up from the river’s surface. I was in the rear position, and upon Reed’s suggestion I switched to the five weight Scott with a dry/dropper rig, and the catch rate suddenly improved significantly, although it was pretty steady even before the switch. 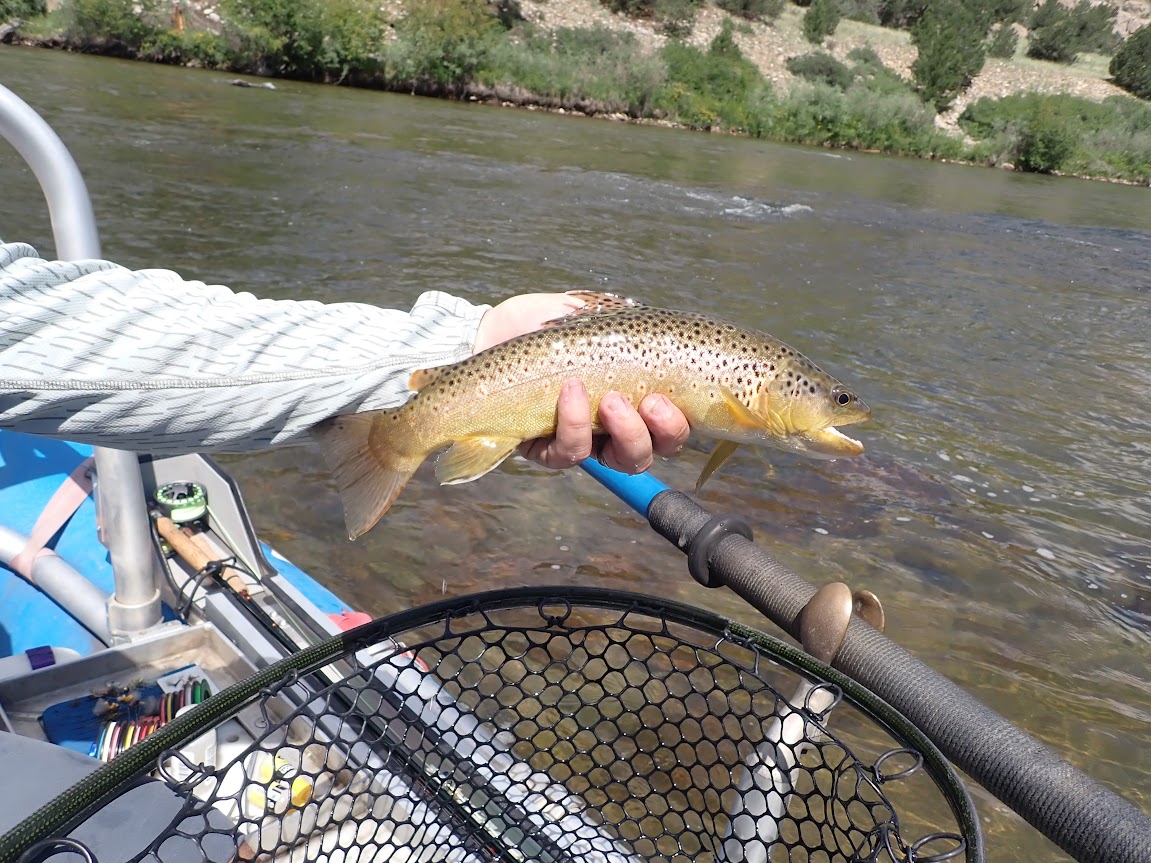 Perhaps My Best of the Day

By the time we quit at 4:00PM, the count rested on twenty-five. Most of the afternoon fish latched on to a winged pale morning dun nymph with lots of flash. The iron sally never produced, and a pair of trout gulped the large parachute lead fly. During the 2:30 to 3:30PM time frame I enjoyed much success with lifting, jigging, and swinging the dry/dropper at the tail of runs, in front of rocks, and through riffles of moderate depth.

Our guide, Reed, worked hard to position the boat in favorable spots for the front and back fisherman. In addition, he paddled upstream in many promising spots to enable nose upstream drifts.

Tuesday was a fun and productive day on the Arkansas River. The average size of the trout was probably in the thirteen to fourteen inch range with a few smaller fish to round out the count. All but two of the landed fish were of the brown trout variety. The Arkansas River continues to be a productive destination in 2022, and I have plans to return next week.