After my return from Pennsylvania I worked on Thursday and Friday, but was itching to do some Colorado fishing. All the reports were indicating that run off was a non-event in 2012, so Jane and I elected to drive to the lower Arkansas River above Canon City on Saturday. I researched some nearby hikes for Jane, and we packed lunches and hit the road at around 8:30AM. It turned out to be quite warm with temperatures in the low 90’s, but we found a nice spot at the Arkansas Headwaters Five Points access area. Jane set up her chair under a huge cottonwood tree and propped herself there while she read her Kindle.

Meanwhile I put together my Scott 6 weight and prepared to fish the area directly across from Jane’s home base. I began with a yellow Letort hopper trailing a beadhead hares ear, and it didn’t take long before I landed a decent eleven inch brown. As I fished a flotilla of rafts drifted by, but they kept to the middle of the river, and I didn’t feel they were impacting my fishing along the edge. Another small brown inhaled the beadhead hares ear as I worked my way fairly rapidly along the bank hitting all the likely spots that might hold trout. Next a small brown inhaled the yellow Letort hopper and I continued covering the water; however, I was experiencing refusals, and the beadhead hares ear ceased to produce. I decided to swap out the BHHE for a copper john, and sure enough at the base of an island another eleven inch brown gobbled the copper john. 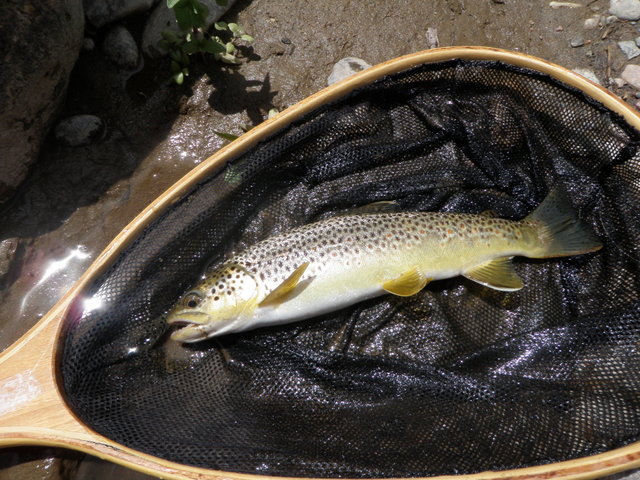 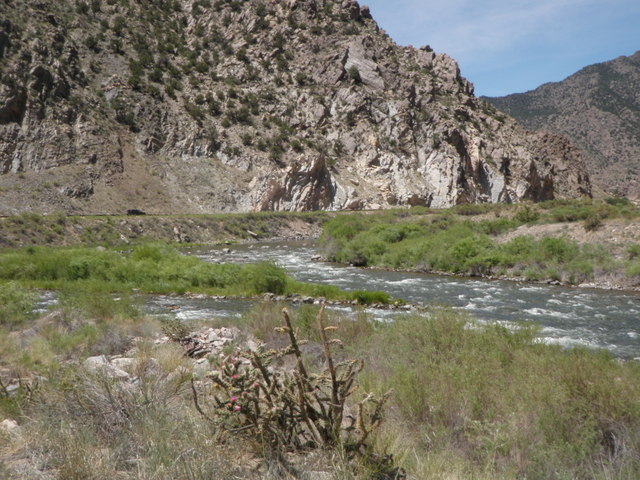 I Fished Left Channel Around Island

The river divided around the long narrow island and the raft traffic took the slightly deeper straight channel to the north. I was quite excited to fish the left channel as it was devoid of raft traffic and looked like it contained some nice pockets and runs. It was 12:30PM or later and I told Jane I’d return for lunch within an hour, so I deferred the left channel and returned to her base camp for lunch. We decided that after lunch she would take the car and search for the Red Canyon Park to hike, and then we planned to meet back at our base camp at 3PM. In retrospect this did not allow enough time to drive to Red Canyon Park which required 20 miles one way, a hike and then another 20 mile return drive. 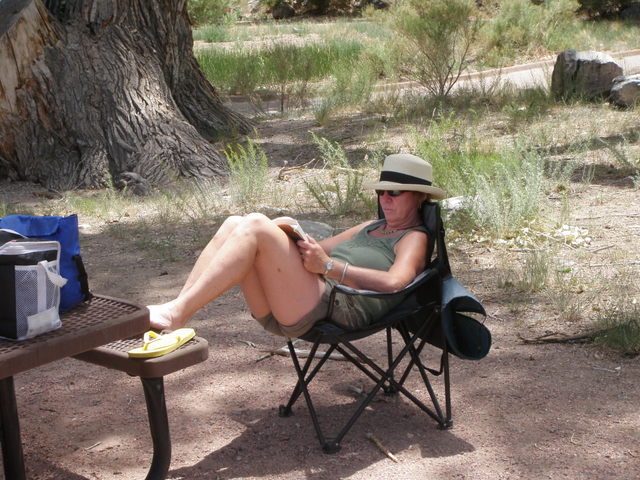 I walked back to the left channel that made a big bend around the island and continued to fish with the hopper and copper john but didn’t manage any more fish until I reached a deep run where the channel deflected off a large vertical rock and then fanned out in a nice deep run. I covered the water with some casts of my hopper/dropper but this deeper water screamed for deep nymphing. I clipped off the hopper and copper john and tied on an
Arkansas rubberlegs and below that a RS2. I flicked the nymphs up into the deep run and on the fifth drift noticed an unusual movement in the indicator, set the hook, and landed a 10 inch rainbow. 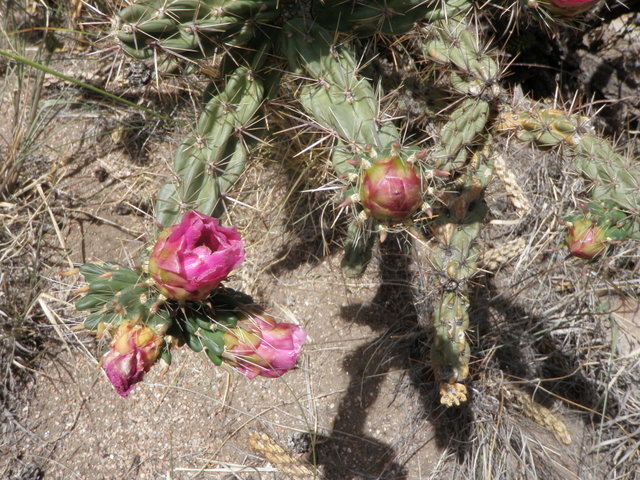 I continued working up along the bank and up to 25 feet out and landed two more fish before I retired at 3PM. One of the remaining fish gobbled the Arkansas rubberleg along the edge of a current seam and this fish probably was in the 10-11 inch range. The last fish fell for the RS2. Jane was returning to the picnic area just as I walked up, and she told me she spent most of the time driving. Clearly we should have alloted at least another hour to our scheduled meeting time. 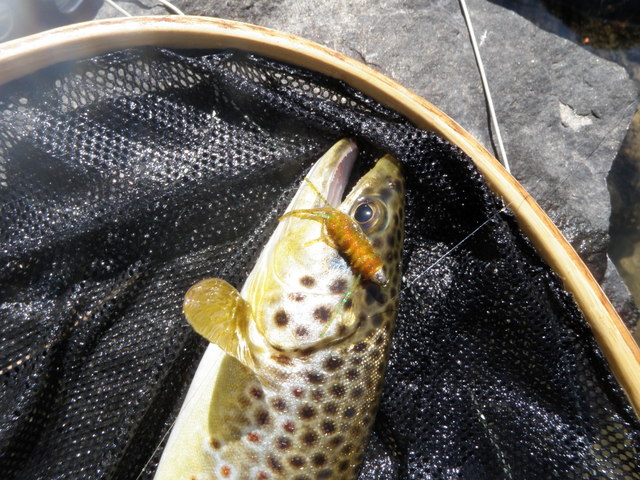 We packed everything back in the car and returned toward Canon City where we stopped at the Royal Gorge Angler where I met Taylor Edrington and asked him a series of questions about our trip to Argentina. I also purchased a new Orvis Access four piece 8’8″ four weight rod for myself and a Beulah four piece 9′ five weight rod for Dan. The Orvis rod is much lighter than my Sage four weight, and I’m quite anxious to test it out.