Any interested reader who browses this blog will likely conclude, that I possess an adequate quantity of large foam attractor flies for dry/dropper duty or service as a single terrestrial or stonefly adult imitation. I tie and stock fat Alberts, hippie stompers Chernobyl ants, chubby Chernobyls, and pool toy hoppers; and these serve as my mainstays throughout the year. In addition I carry a handful of Charlie boy hoppers and hopper Juans, and while not deployed as frequently as the previous list, I do resort to them during occasions, when I simply want a large buoyant fly to serve as an indicator.

Given this abundance of foam imitations it is perhaps surprising that I was lured into producing yet another large foam attractor fly. In a recent Fly Fisherman magazine column, Charlie Craven documented the steps required to construct an Amy’s ant. I read about this fly numerous times, and several acquaintances sang its praises, so I took the plunge and produced ten during a recent session at my fly tying bench. Amy’s ant was created by Jack Dennis of Jackson, WY; and it won the famous One Fly Contest a number of years ago. Jack named the fly for his daughter, Amy, and I happen to have a daughter named Amy, so I dedicate these flies to her. 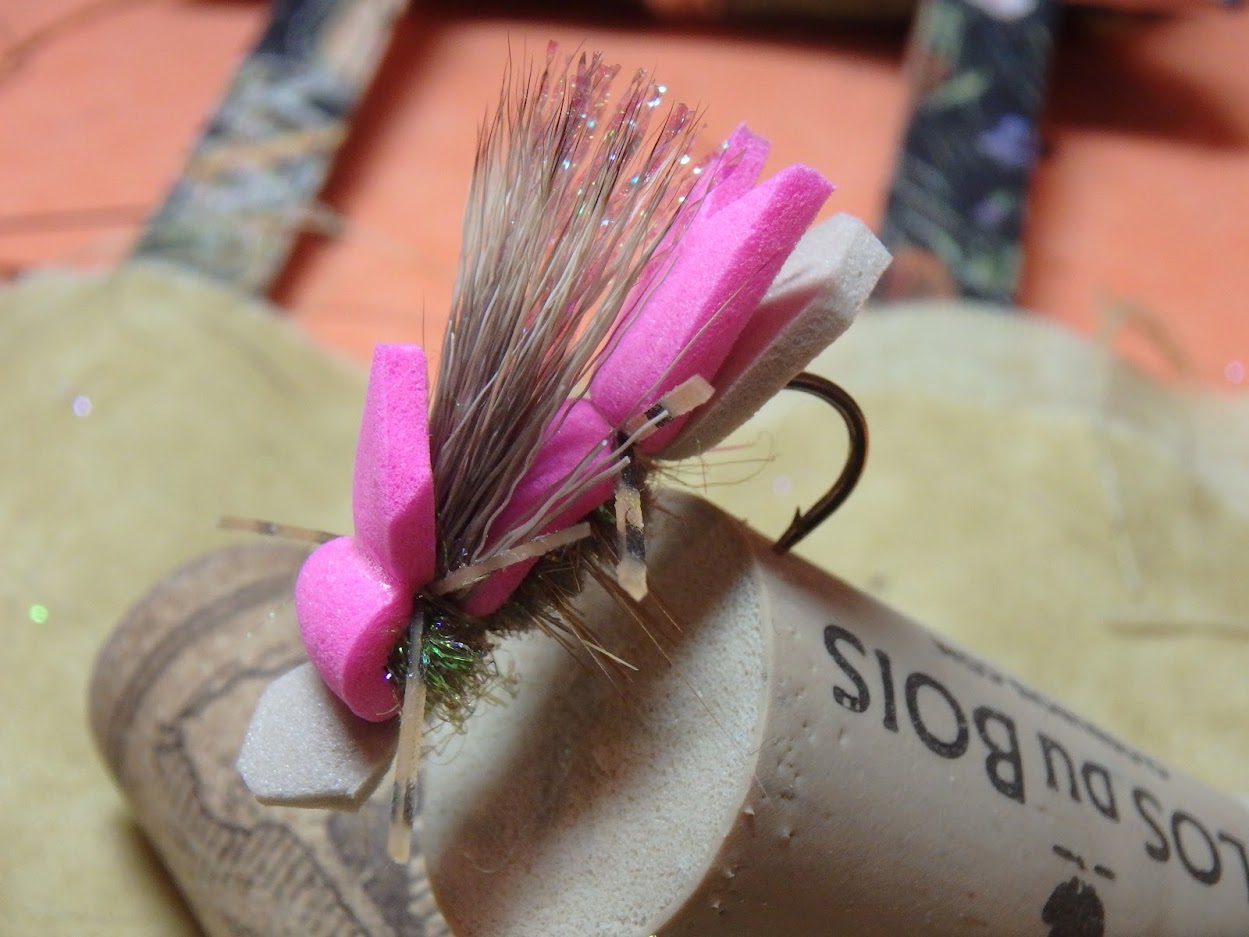 I considered tying the fly on various occasions in the past, but I was a bit intimidated by the number of materials involved. With the availability of Charlie Craven’s step by step instructions, I decided to make an attempt. I gathered my materials, and prior to initiating the process I searched on YouTube and found a Charlie Craven tying video. This was even better than the text and photos in the magazine, so I watched Charlie tie a fly from start to finish and then paused it at the end of each step, as I followed along at my vice. 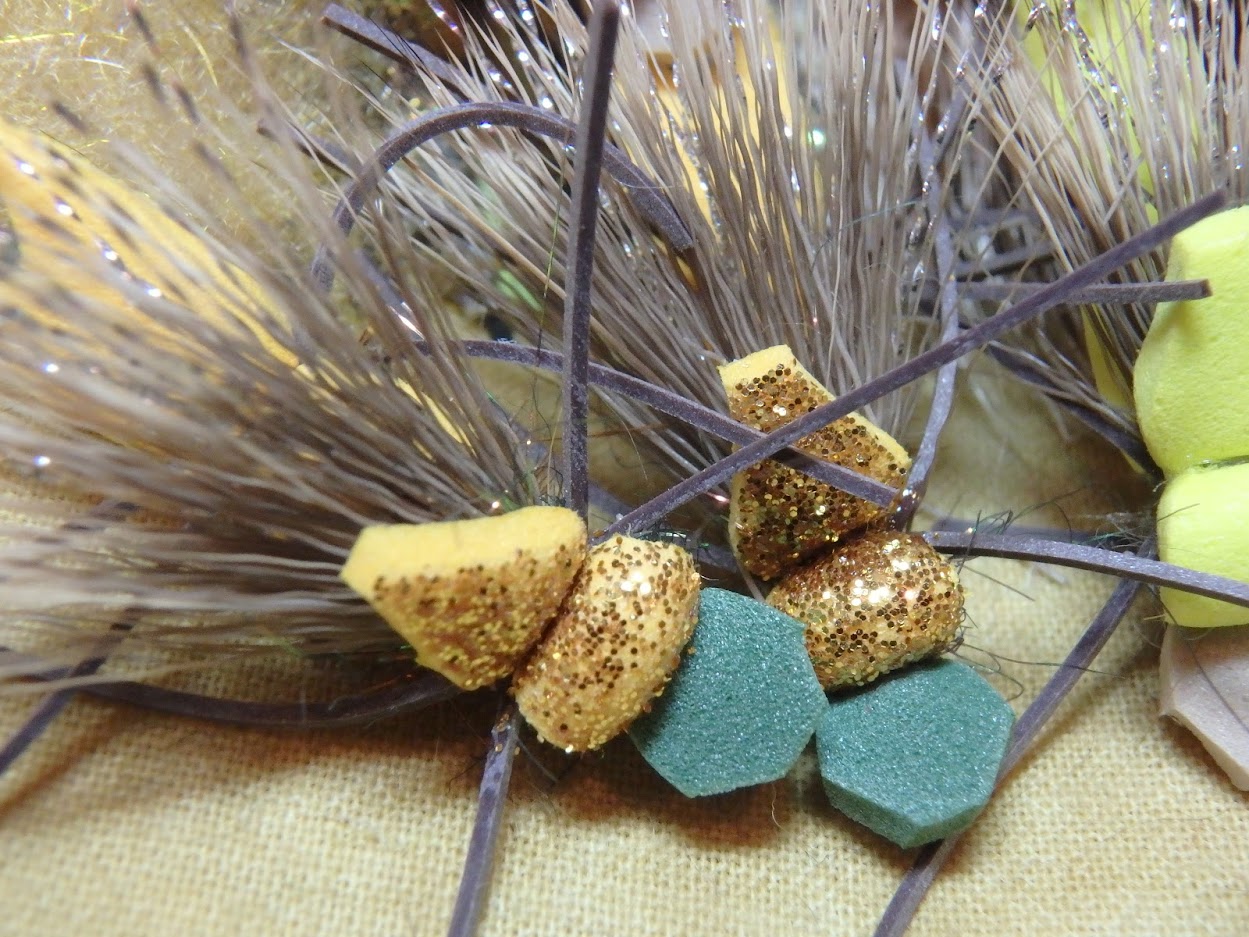 I am able to report, that I completed ten new Amy’s ants, and I am quite pleased with the results. I tied the first five using pink foam as the top layer, and these should be extremely visible under difficult lighting conditions. Tan and olive/brown ice dub served as the body material for the pink versions. I followed up my initial foray into Amy’s ant production with two that contained a peacock body and orange top layer, and then I added some yellow models with yellow dubbing and a yellow top foam layer. My last contribution to the Amy’s ant experiment features a gray body and a yellow top layer. 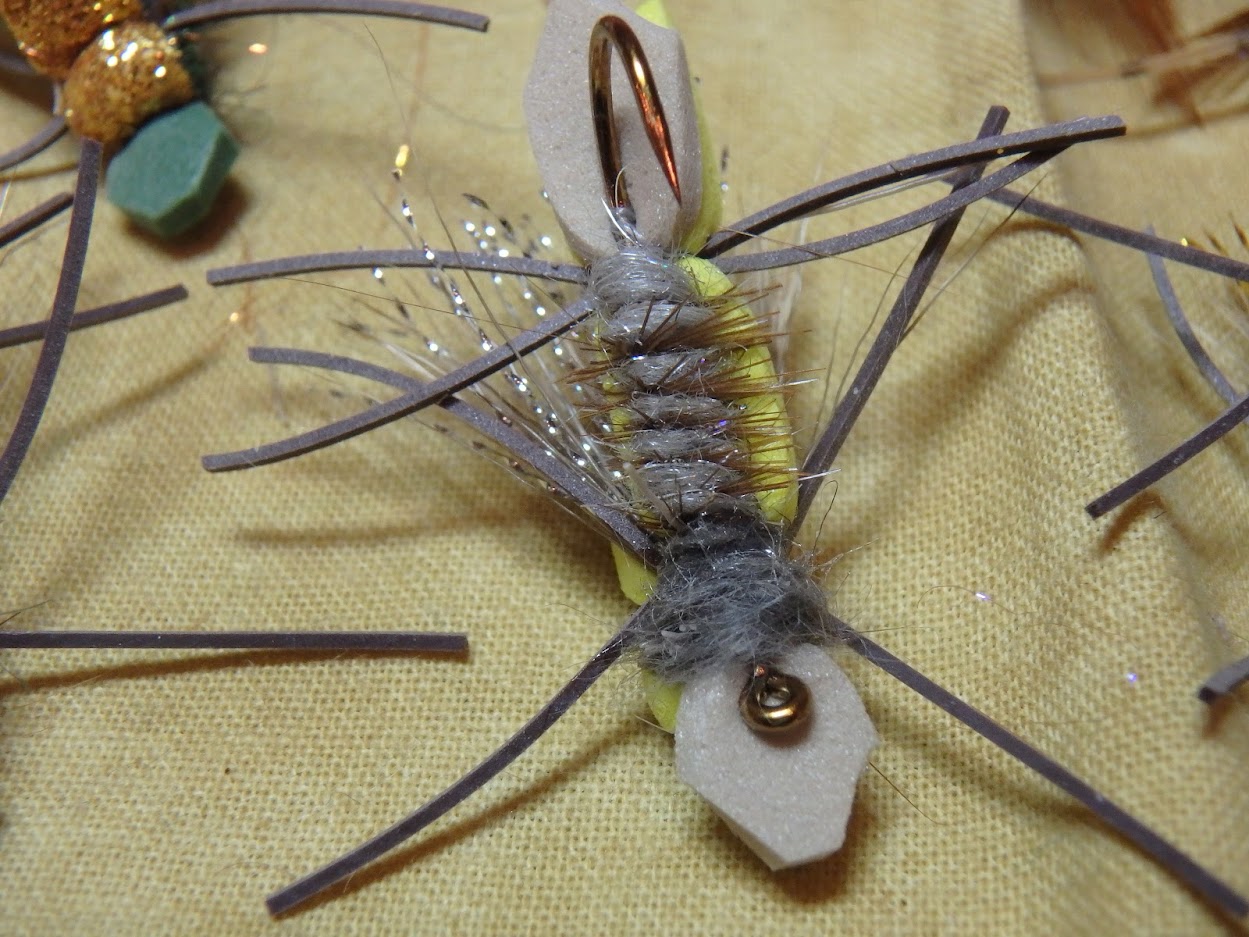 Underside of the Gray Amy’s Ant

All these flies should be very visible, and I suspect, that they will be logical candidates for the top fly on a dry/dropper arrangement. I sense that they will not be as buoyant as a fat Albert or pool toy hopper, but their shape seems to mimic a large stonefly better than the fat Albert and pool toy hopper. I am anxious to experiment with my new Amy’s ants during the 2020 season. 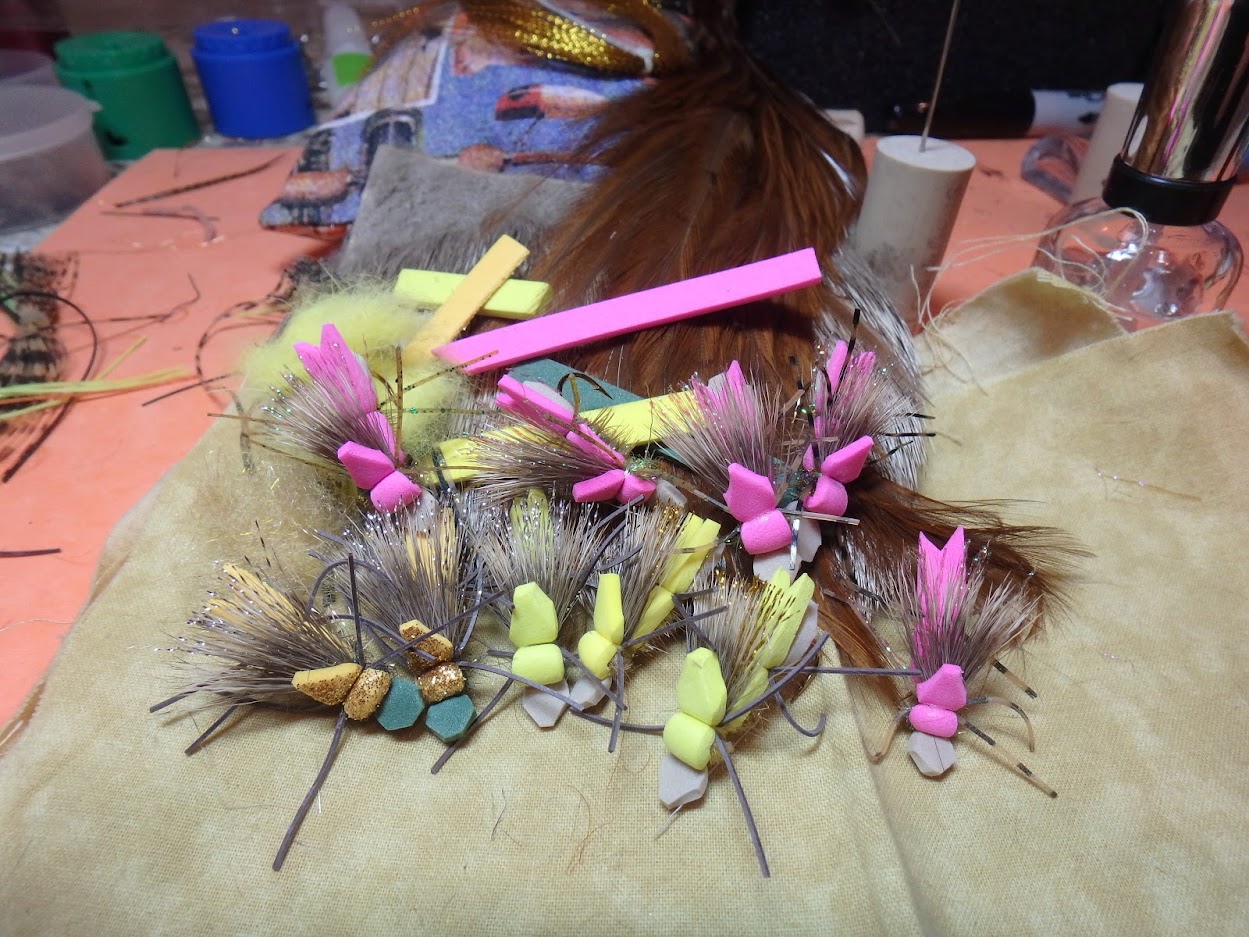 A Completed First Batch Ever