Ever since a guided fly fishing trip with Royal Gorge Anglers on the Arkansas River I carried a supply of 20 inchers in my fly fleece wallet. During 2019, however, I knotted one to my line more frequently than during previous seasons, and I was pleased with the results. Increased usage, however, also depleted my supply more than usual, so I approached my vise and produced an additional quantity of ten to increase my inventory to twenty-five. 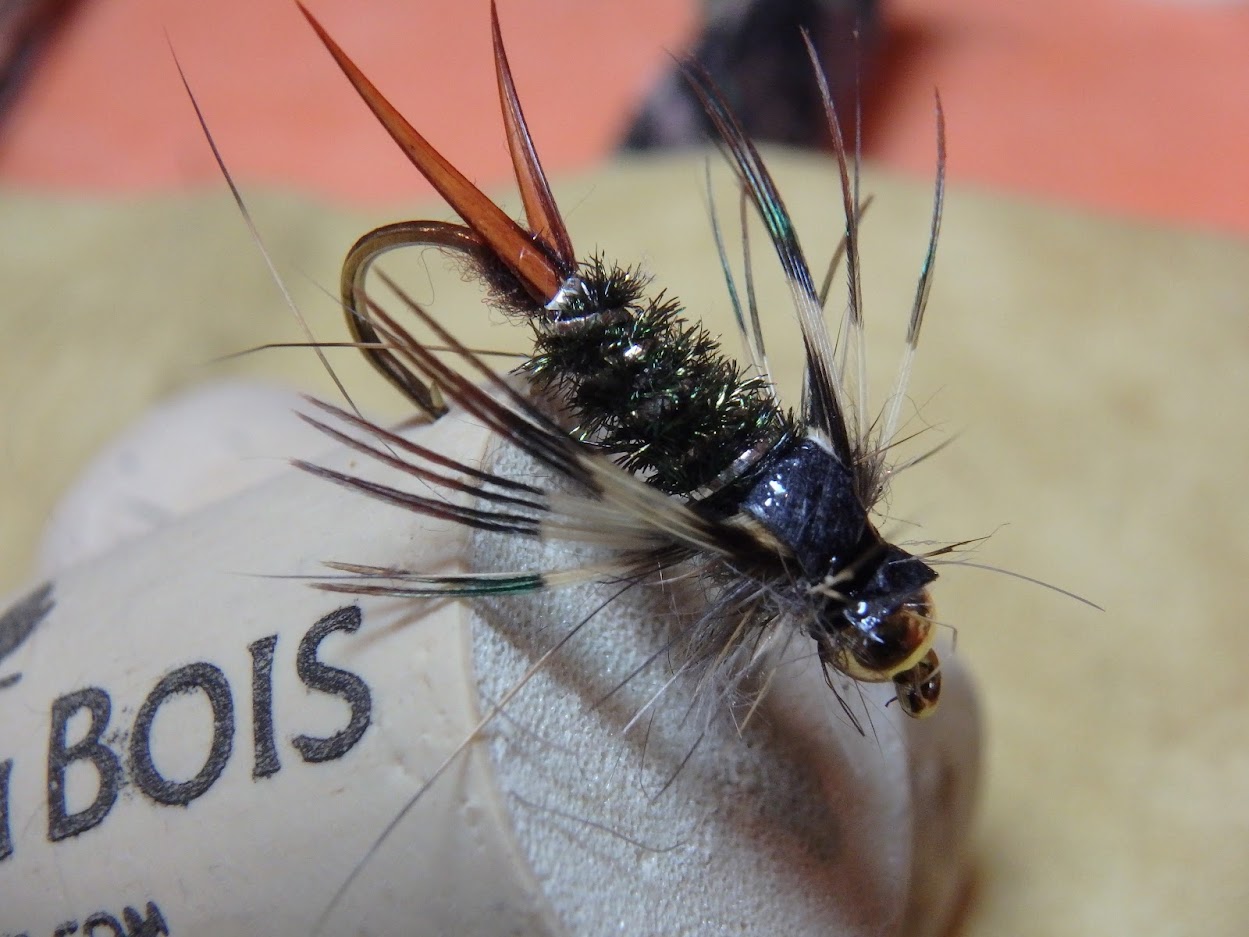 If my readers are interested in tying this large attractor stonefly imitation, please refer to my post of 01/06/2019. This blog entry from earlier in 2019 displays a materials list, and several YouTube videos do a nice job of teaching the fly tying steps. During several recent fall outings I positioned the 20 incher as the top nymph on dry/dropper and deep nymphing systems with the intent of obtaining a deeper drift, and the ploy seemed to pay dividends. I was particularly impressed with the 20 incher’s effectiveness on South Boulder Creek on 10/26/2019. 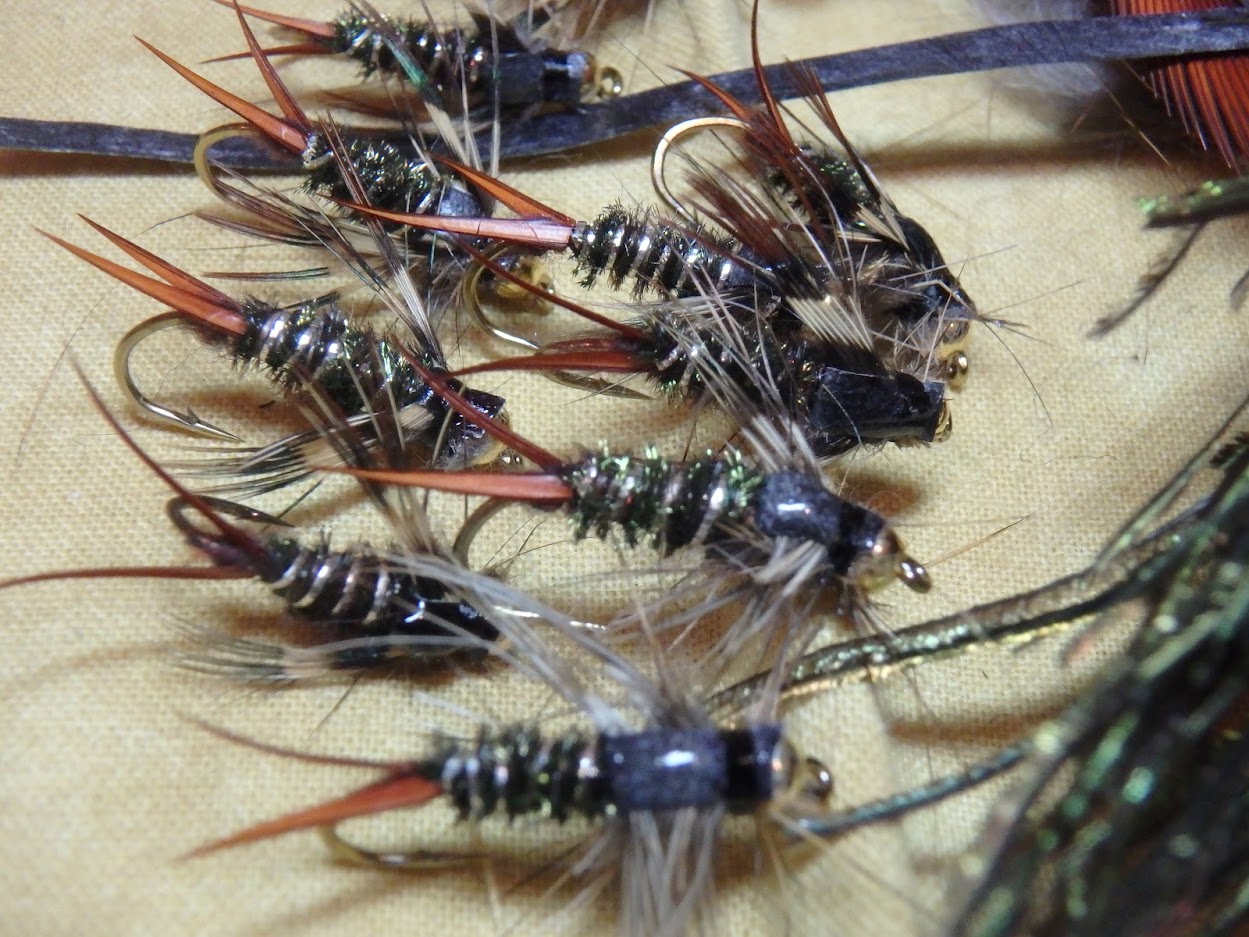 Close Look at a Clump

I seem to gravitate to this large weighted fly in the early and late season, but I hope to give it more time on my line during the summer time frame. A large dark drifting stonefly assuredly represents a significant bite of protein, that trout cannot ignore, and stoneflies get knocked loose during all seasons of the year. I love the appearance of this fly, and the application of epoxy on the wing case really makes this fly stand out. The 2020 pre-runoff season cannot come soon enough. 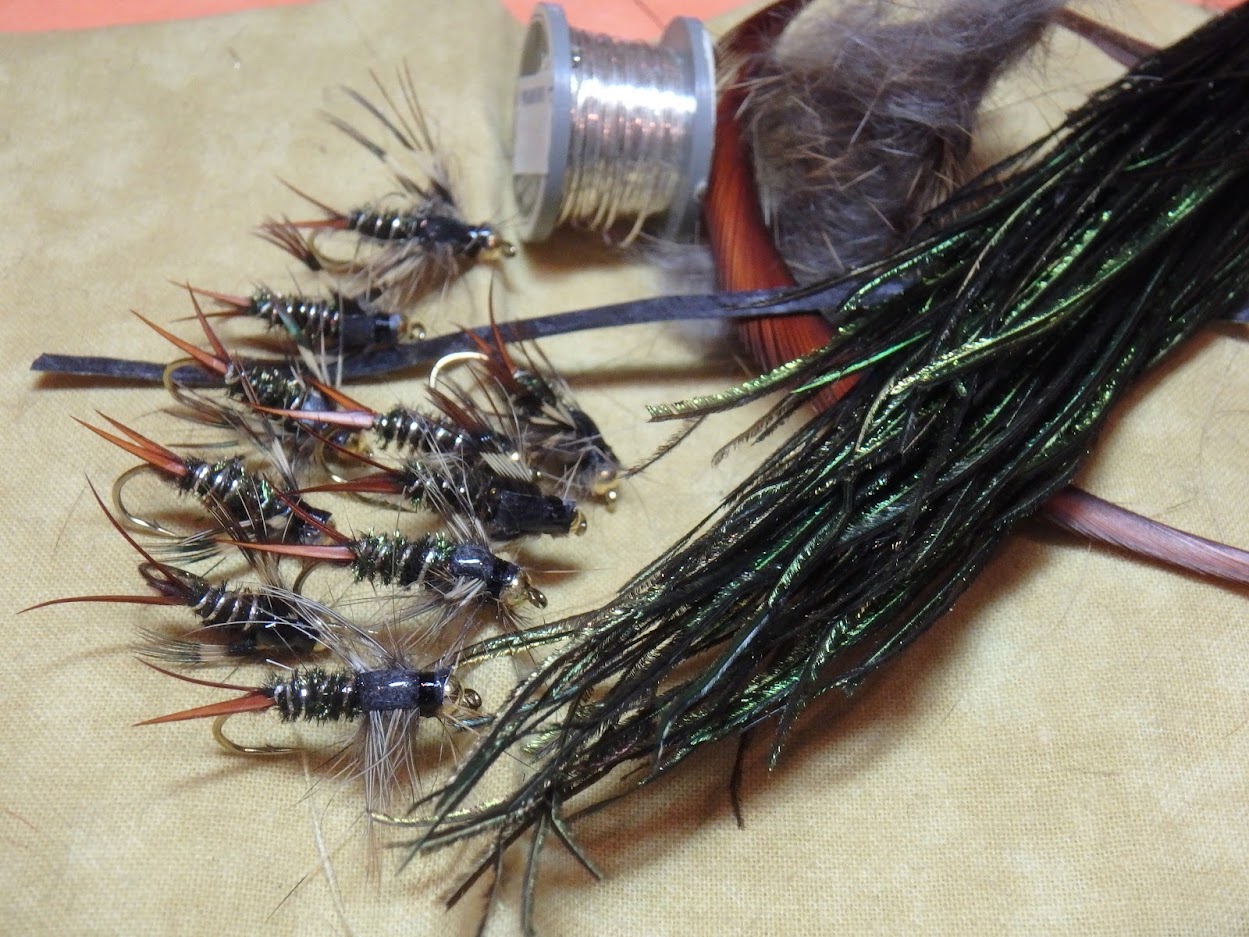